Humanity is in a state of confusion. To handle this confusion, we have generally thought out ways to think positive or to induce and force so-called positive thinking; however, the force of thought is the very source of the problem; through political, religious, social and psychological thought, we have created the conflict and confusion within us. Our existence has become disjointed with a division between heart, mind and body; thought has disrupted our wholeness, so that we live fragmentary, confused lives. Since ancient times, there have been such principles taught, such as those taught in yoga, of true, whole, direct action unfettered by measurement and thought. This article explores the value of negation of thought itself, in this regard.

When a person gives good attention, very clear and direct observation, to events in the world and in his or her personal life, he or she will see a pattern; there is perpetual struggle to succeed or survive. This struggle occurs inwardly and outwardly, a conflict which leads to the same conditions which spurred the conflict. In the world there are wars, strife, economic crisis; and each person struggles, is in conflict within and with others. It seems any solution occurring within this pattern, any solution that is a reaction to this pattern, yet still conforms to this pattern, ends with the same results: And so, continues the pattern. Struggle leads to more struggling, war leads to more war; success must lead to more struggle for success, and, so, more pressure and more strife. So, a person might wonder: What is the basis for this pattern, how does it arise?

The implication of anything which is perpetually caught up in the same pattern is that it is conditioned. So, it might be revealing to examine what it means to be conditioned. 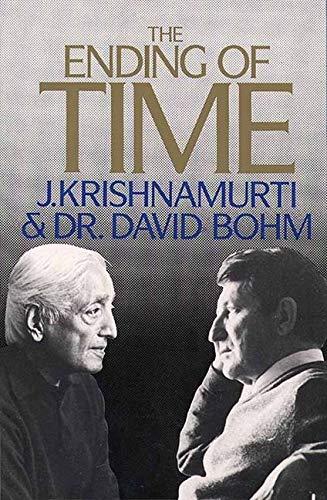 The Ending of Time (Dialogue)
Incredible dialogue between J. Krishnamurti and Dr. David Bohm in which they explore how humanity took a wrong turn into the maze of psychological time which has led to overwhelming fear, disorder and violence. Also discussed is the possibility of an entirely different and new life for all of humanity.
Buy Now

What is Psychological Conditioning?

It seems the mind has created these projections as a means to feel safe: If I know what will happen, I will be safe; dipping into the past, which the mind knows and in it can feel secure, the mind further projects it fictionally into the future; in a continued attempt to know and be secure and happy tomorrow.

In the world, we see this pattern, in war, in economic struggle, in exploitation and domination. And in our own lives we see it: The struggle to survive, the doldrum existence, the stress which deteriorates mind and body. And we believe there is no other way. We believe there is only the pattern; we believe we must conform to it; it is all we know.

And it is laid down by thought: By idea, memory, school, work, culture, family, outside influence; we believe we can only move within this sphere of influence. We either conform mechanically or rebel superficially; both reactions within the pattern, which continues the pattern. 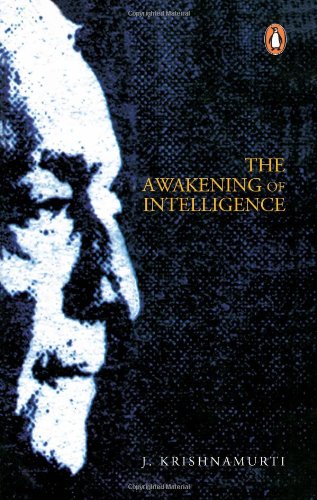 Awakening of Intelligence
Incredible book filled with talks and dialogues with Krishnamurti in which he explores many issues, including how human beings might free themselves from mental bondage and have intelligence operating effectively and harmoniously in their lives.
Buy Now

Within this pattern of thought, thought leads to more thought, creating yet more problems; each thought becomes a problem to be solved, on a loop; and yet we continue to use the problem to solve the problem, falsely believing it will be a solution; in this way we are blind to the problem, instead distracted by thought as solution, which is a distortion of perception. Thought producing thought, creating more problems to be solved, also creates fear; the mind becomes overwhelmed and forced to project more and more into the field of illusory time, a concocted tomorrow and a dead past. All of this thought, these projections, are imaginary, illusory, purely concoctions of the mind. Something occurs in the very seeing of this falseness of thought; looking directly, without distortion, at these projections, identifications, ideologies, fabricated scenarios, false influences, and all of the various mental movies, as they are, without division, brings the disorder to an end: Direct perception without thought, without division, brings understanding, so ends the problem. It is absolute negation, the mind no longer adding to the multiplication of problems through thought.

Which means that the very clear observation of fact, not filtered through identification, labels, ideology, the false projections of the so-called positive, and not distorted by the illusion which pits a fictional “me” against a fictional “you”, ends the pattern of conflict, confusion, inward distortion, violence, war, all forms of division which lead to exploitation, the hunt for power, and illusory time-based thinking: Because our thought is the source of all these things. And it takes no time to see this clearly, and this direct perception is action. It is not tainted by division or the illusion of tomorrow. This is the action of awareness itself, not of any entity which sees. It means you will have to act now.

On Direct and Whole Perception Without Conflict, Distortion, Division