The sign Capricorn is a sign of contradictions. While the sign is associated with being quite the cool operator, there are often dark secrets lying beneath the cool exterior. This sign is not often what it appears to be.

Capricorn is a cardinal earth sign. This means that Capricorns are excellent as starting and initiating things in addition to liking being in charge. They want to be in the drivers' seat of life so to speak like the other cardinal signs. In addition to being an cardinal sign, Capricorn is an earth sign. Capricorns are known to be extremely practical people. They believe that things must have an inherent tangible value. They believe that there must be a substantive reason for anything they undertake.

Like the other earth signs, Capricorns make good money managers and know how to allocate and budget expenses. They furthermore believe that one must always be scrupulous, organized, and prepared in order to achieve their respective goals. They are also have a quite realistic perspective on life.

Capricorn is ruled by the planet Saturn. Saturn represents an exacting taskmaster who gives arduous life test to teach an important lesson. It further symbolizes the grim reaper i.e. what one initially labors for, one eventually achieves. In essence, if one contributes little or nothing to his/her life and goals, he/she gets little or nothing in return.

Saturn epitomizes the earth school. When one incarnates into this life, there are certain lessons to be learned and to undergo for the purpose of one's ultimate soul development. Saturn often gives out arduous and tough life lessons in order to make one more resilient and to evolve, ultimately learning that particular lesson thus moving on.

Saturn teaches very difficult lessons to challenge one physically, intellectually, emotionally and/or psychologically. If one passes the test, he/she learn from it, evolves, and move into the next lesson. Conversely, if one "fails", he/she is given an another opportunity to repeat the lesson until he/she learns the object of that particular lesson.

Oftentimes, Saturn can be quite a stern taskmaster. Sometimes, so-called dark and negative circumstances are presented in order so one can learn important lessons. Life is not all positives and it is often the negatives that teach one the greatest and most important lessons. This is not often appreciated until the lesson is learned. While some appreciated and learn from their so-called dark and negative circumstances and elevate themselves above it, others views Saturn as a dark overload whose intention to make their lives as difficult and dismal as possible.

Many Capricorn often have a less than easy life in one way or another. Maybe they have grown up in a less than ideal family. If not, they often experience a less than positive psychosocial environment outside of their family circle whether it is school and/or other related areas. To put it more succinctly, the life of a Capricorn is just not easy.

Capricorn approach life seriously and with a purpose. They believe that life is an solemn undertaking. They are of the opinion that nothing in life is and/or should be easy. To them, that would be morally egregious to say the least. They contend that people are meant to suffer and undergo frustrations as par for the course. They assert that trials and tribulations build character and sustenance. They are of the school that everything that is worth something, is often difficult and rigorous and they would want it no other way.

Because of life circumstances, Capricorns can be quite gloomily fatalistic or vehemently pessimistic. They contend that they were dealt a bad hand in life so they must constantly redeem themselves. They furthermore believe that there is often more negatives in life than there are positives. Some Capricorns can be quite negaholics who believe that nothing in life even comes out positive.

The sign Capricorn represents winter. In fact, this sign actually symbolizes the beginning of the winter solstice. The period of late December has the longest nights and the shortest days of the year. Also during this period, nature is often cold, austere, and not forthcoming, containing its reserves for the oncoming spring period. Since natural resources are extremely scarce during winter, one must be ever so resourceful, reserving energy and food in order to survive the austerity of winter. Because of the long dark nights, many people are also spending their time indoors.

Capricorns are known for being quite austere, both physically and emotionally. They are the ones who avidly put into practice the dictum of saving monies and resources for a rainy day. They do not believe in frivolous and mindless spending, preferring to spend their money for worthwhile things. In fact, they consider people who indulge in frivolous spending to be quite profligate to say the least. They believe that money, as in every area of their life, should be treated with the utmost reverence and solemnity.

The byword for Capricorn is ever ascending onward and upward. In astrology, Capricorn is in tenth sign and rules the tenth house. The tenth house in astrology rules career accomplishment and it symbolizes executives, managers, and other powerful people. Capricorn furthermore represents old age and is the sign of the father. The number 10 in numerology is considered the most perfect of numbers.

Well, many Capricorns are often accomplished people. They are often found in executive and other powerful positions. They love to be in charge. To the Capricorn, being in charge represents power and he/she is nothing if not powerful.

Power, to a Capricorn, represents a bulwark against being the abject subject of other people. Also being powerful means being wealthy. Wealth is often the tangible aftereffect of having power. To him/her, being wealthy means having the economic power to control one's destiny. with enough means never to be in economic want.

Capricorns also love power for its intangible effects. Power gives him/her outer respect from people. He/she finally feels if he/she is a person worthy noticing. In essence, he/she is a SOMEBODY instead of a nobody.

Capricorn loves power in all its forms. He/she desires power so much that he devours it. The issue of power is so important to him/her that he/she would do anything necessary to seek being powerful. While many Capricorns judiciously plan, strategize, and implement a sound methodology to achieve power, more negative Capricorns who not loathe to using people to achieve their goals. To them, people are not considered individuals but are cogs to be used to achieve whatever goals they desire.

Returning to the issue of control, many Capricorns tend to view people as appendages to them to be molded into their specific image instead of individuals in their own right. There are some who can be aptly classified as being authoritarian. They portend that there is a certain way of doing things and that others are to do exactly as they say. In other words, they demand unquestioning and unwavering obedience from others, especially if the latter are subordinate to them in any way.

Capricorns often have a paternalistic attitude toward other people. This paternalism applies equally to both male and female members of the sign. It is their contention since they have the knowledge, they have the preordained right to tell others what to do and how to live their lives. These Capricorns further assert other people's lives would be less complicated if the latter followed the former's directives.

If the Capricorn has not succeeded according to his/her expectations, he/she could be quite resigned. This Capricorn can be quite negative indeed. He/she often feels like an utter failure and there is nothing more to look forward do. They view life as if it was a purgatorial prison sentence where death is the ultimate release from their worldly trials and tribulations.

Still others become extreme negaholics, putting psychological dampers on any persons who they deem will become more successful than them. In their minds, if they are not and/or cannot be successful, then no one else will be. They will or attempt to use inverse and/or negative psychology in order to discourage and demoralizing the person thus accomplishing the former's goal.

Many unsuccessful Capricorn have a masochistic interaction with life. They maintain that because they are unsuccessful, they deserve whatever negative thing that would happen to them. They believe that they are ultimately nothing while others are superior to them. They are very self-abnegating, believe that they do not deserve even the crumbs of life. They are actually quite dismal people to be around. They would rather beat their chest, metaphorical wearing a hair shirt than to access their situation and being proactive in their lives.

Most Capricorns are indeed strong and resourceful people. In their present incarnation, they were given tough karmic lessons which they underwent in order to evolve and grow. Capricorns are supremely organized and ambitious people who oftentimes achieve and surpass their goals.

In summation, Capricorn is the second darkest sign in the zodiac after Scorpio. In fact, Capricorn can be classified as the OTHER darkest sign. Capricorn represents the hard karmic lessons one must undergo and learn from in order to evolve as a person. It further symbolizes the importance of oftentimes going through the darkest moments of our lives in order to appreciate the lighter moments. Thirdly, Capricorn shows the importance of delayed gratification and sacrifice in order to be better prepared for the future and conserving our resources now so that we can reap the fruits later. Yes, there is a light beyond the dark tunnel.

More Information Regarding This Hub 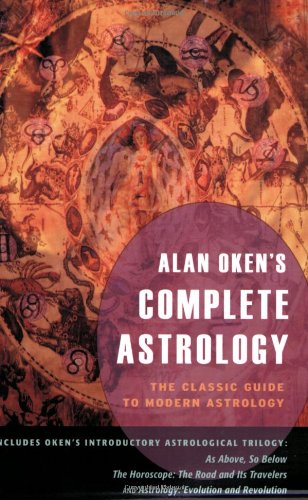