The Significance of the Dead Sea Scrolls

The Dead Sea Scrolls is one of the most remarkable archaeological discoveries of the last 2000 years. These scrolls were discovered in 1947 in Khirbet Qumran – a remote desert area that is surrounded by numerous caves that is situated near the Dead Sea. Many stories and legends have been formulated and propagated on this extraordinary find; however, the most common and accurate story is that the scrolls were discovered by a young Bedouin herdsman who accidently stumbled across them when trying to find his lost goat.

After reporting his unique find to the proper authorities, it took essentially no time at all for this discovery to reach the ears of academic scholars, clergymen, theologians, and professional archaeologists. At first, there was a French archaeological team who traveled to Palestine to see if any more scrolls could be found, in which there would be many more. Afterwards, some of the finest biblical scholars from Judaism, Catholicism, and Protestant Christianity teamed up to translate these mysterious scrolls. What they found was nothing short of amazing.

Although it took roughly nine years of detailed excavation, (from 1947 to 1956) the scrolls that were ultimately discovered tallied up to over 900. The translators found that the scrolls were written in Greek, Aramaic, and a rare form of ancient Hebrew. Many copies of well known books from the Hebrew Bible were found that were inked on papyrus and animal skins. However, the most fascinating element of this vast find was the theological contents of the scrolls.

Numerous sectarian documents were discovered that were attributed to a small ancient Jewish sect called the Essenes. Although much is not recorded or written about the Essenes, the Qumran scholars were able to connect specific characteristics and religious practices from the writings of Josephus and Philo that were similar to those found in the scrolls. More amazing is the fact that this ascetic group had strikingly similar beliefs and practices to that of the early Christians.

For example, in a sectarian scroll known as the Damascas Document, the group of religious adherents belonging to the community is called “The Way”. This is the exact same name that was given to the early Christians in the Book of Acts. (Acts 9:2; 19:9, 23; 24:14, 22). In addition, in the Epistle of James 4:5 ,the Apostle James alludes to a “scripture” that is found nowhere in the entire Bible, but is found in the Damascus Document.

Ancient Near Eastern scholars such as Robert Eisenman have surmised that the Apostle James, which is the brother of Jesus of Nazareth, was actually the leader of the community who was called the Teacher of Righteousness. However, this is only one scholar’s hypothesis, as it has never been substantiated; neither has it gained broad consensus among Qumran scholars. Still, however, there is ample evidence in the scrolls to connect the two groups together.

Other major characteristics and practices that the early Christians and the Essenes shared were plural eldership, economic collectivism, and purification rituals such as water baptism. In one scroll known as the Community Rule, followers are baptized in the name of their respective teachers, whoever that may happen to be. Theological similarities that are reminiscent to the New Testament are the doctrines of predestination, election, divine sovereignty, and a mysterious prophetic forerunner that comes prior to a royal Davidic messiah who conquers the nations. John the Baptist is also a pivotal figure associated with the Dead Sea Scrolls.

Three scrolls, in particular, are of vital interest to scholars. These are known as The War Scroll, The Copper Scroll, and The Temple Scroll. The war scroll details a series of apocalyptic battles between the sons of light and the sons of darkness that transpires at the end of the age of human rule. The copper scroll is a made out of an ancient form of copper and there is an elusive treasure map carved into it with a chisel. The directions and measurements are very precise, but nobody to this date has been able to locate the treasure. Finally, the temple scroll provides a detailed blueprint of a temple that has never been built or even known by Christian or Jewish scholars. Some have surmised that it is actually an enhanced version of the prophet Ezekiel’s millennial temple.

One of the most bewildering aspects of the scrolls, however, was the substantial length of time that it took to publish and make them available to the general public. Only a small group of elite men had access to the scrolls for approximately 44 years. It was not until 1991 that all of the scrolls were made available to everybody. This has led many to theorize that a major cover up took place, because the findings had the capacity to debunk the doctrines, practices, and power structure of conventional Christianity.

Unfortunately, however, nobody will ever know what really happened and why there was such a long delay. These facts are what make the Dead Sea Scrolls such an important and significant discovery. I highly recommend reading and studying this fascinating subject to anybody who is interested in both ancient history and religion. 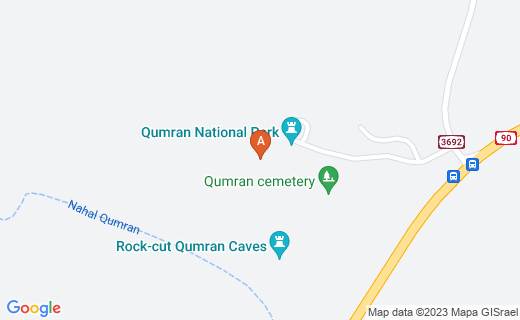