A UFO Crash In Eastern Long Island, New York? Hello gadzooks and all of that other good stuff. I could hardly believe it myself when I stumbled across an old newpaper clipping about a UFO that did crash on Long Island over sixteen years ago.

In fact this particular UFO, which was described as peculiarly egg shaped or oval, had actually crashed in a wooded park on Long Island, which is bordered by a lake, around 1992, back on one memorable Thanksgiving day.

Yes, apparently this is true or I wouldn't be sharing the information with my readers right now. On the other hand if I am not careful on how I disclose the following information you are about to read, about this pre-holiday incident, I may not be writing a similar article in the near future.

Given the fact that bringing an old cat out of the bag like this, may stir-up an unexpected visit by those infamous men in black. On occasion when stories like this get out to the general public, it suddenly becomes hush hush. And if someone like myself had wind of the actual accounts that did occur during that november evening, than all hell could break loose.

Hence a trip by those so called men in black, better known as G-Men to many, could give cause for such a visit, to my neck of the woods, even if it did happen over sixteen years ago. But then again, we are supposed to be protected somewhat by this good old countries, freedom of information act. Or is out the freedom of speech act?

It probably doesn't matter what you call it, because regardless of an individuals rights. When it comes down to UFO cases. The Government pretty much doesn't give a crap, except what's good as far as their best interests go - not the people's!

This account of the egg-shaped UFO that landed in what is better known as Southaven Park, within the Brookhaven township of Long Island, N.Y, was witnessed by at least one person. This individual who did not give his name, was an elder gentleman who lived in an old beat up shack that lay adjacent to the surrounding park.

According to the person who interviewed this man, he led a simple life, utilizing an old wood stove, to cook his meals and morning coffee on. He had a questionable setup for what was supposed to be a toilet and never bothered a soul, according to the locals. I wanted to add this point just in case anyone was wondering if this gentleman had a distillery in those backwoods where he was making and drinking moonshine. Another reason possibly that the Government wanted to keep this secret all to themselves.

Apparently this older gentleman was sober enough to finish the story he started. And manage to do so, without slurring every word; about that oval shaped craft that had come out of the sky at a tremendous speed from the North Northeast. This is the area better known as the area near Long Island Sound, which extends ten miles out across, to meet the state of Connecticut On the other shoreline.

The old man continued on with his story, saying that he would never have seen the object, which was in a fiery blaze as it approached Southaven Park. If it weren't for the loud whirring and whoosing noise it made as it continued its descent rather quickly towards the wooded canopy.

When it did finally make landfall about 8:45 that evening, the old man went on and said he expected a loud crash. But oddly enough heard only a splat; as the blazing craft made contact with the ground below the canopy of pine and oak.

And as the elder gentleman continued on with his story, he explained that he was so terrified at the moment that he didn't know what to do. Also what added to his frightened state of mind, was the fact that in the opposite direction of where this craft had made contact with the earth, there was a terrible hollering that abrupted out of the misty night air.

He said he immediately made his way back to the shack; where he lived and stayed up half the night with shotgun in hand. And more then likely...a bottle of Jack Daniels in the other. When asked why he had stayed up into the wee hours of the night.

He went on to explain, that the hollering that he had heard coming from the woods, did not appear to be human. Or at least no animal that he had ever heard before, made that type of awful, hair raising sound. It was without a doubt, very disturbing the old man recalled.

About an hour later he recalls a small convoy coming down the dirt road that led through the oak and pine woodlands and into the heart of the park. The area was lit up so well by the oncoming vehicles that he could make out a Suffolk County Police Cruiser, local South Country fire trucks and even three, possibly four military issued vehicles.

Since he lived just beyond the park entrance road, he was only separated by a partially dilapidated chain link fence where he could on occasion get a good peek through the broken chain links, given the light was fairly bright.

In the case with all of those beams of light radiating out from the vehicles headlamps, he said that he knew what vehicles they were, but had no idea what was going on within the confines of the park. And basically he left it at that, however it wasn't completely said and After after that elder gentleman finished his interesting, but puzzling story.

A few folks who lived in the neighboring towns of Shirley and Bellport were still very curious. And most wanted to know what really had caused their lights to go out for the remainder of that evening. There was no reasonable explanation for lights to go out; unless there was some explainable power failure in the neighborhood, or some local got a bit crazy and overlooked the Thanksgiving bird that evening.

What was even stranger is that LIPA (The Long Island Power Authority), the company that provides electric and gas service here on Long Island, had no recollection of a power outtage. That caught most peoples attention and seemed very odd to say the least. Apparently LIPA did know about a power outtage at about 8:45 P.M and throughout that evening, but covered it up because they were told to do so, by military authorities. At least this is what is believed to have happened during that time period.

The Southaven Park UFO incident even drew enough attention that it caught the interest of Bill Birnes and a few of his UFO research colleagues, from MUFON. MUFON stands for (The Mutual UFO Network) .

Bill and his crew decided that this UFO incident warranted further investigation. And so they came down to Long Island, New York to interview a few of the locals, including members of the fire department and police department. Some of you reading this article, may have heard of MUFON and Bill Birnes by watching a few of their unexplained dealings with UFO phenomena in other states that is often shown on the history channel network.

I will not get into an in-depth discussion about how the interview went and what was involved. If you view the Youtube video in reference to this case that I have included below, it will give you the reader, a bit more information as far as how the interview Did end up.

It appears though that either everyone that was interviewed, apart from a few brave souls, knew nothing about an odd shaped craft entering the airspace over Southaven Park and hitting the ground in a fiery blaze. In fact when the chief of the fire department was interviewed and the local police.

They even denied hearing of such an event that occurred during that quiet evening prior to the thanksgiving of 1992. If you observe the video below, closely enough, you will see that it is obvious that these individuals were sworn to keep silent about what had happened in their town Back in 1992. It is evident by the display of terror in a few of these peoples eyes, and on their faces.

So what really was it that crashed during that evening of the 24th? Could it have been a UFO or possibly a top secret military satellite that unexpectedly went haywire? Anyone of these explanations could certainly hold the truth behind what accounted for all of that commotion, that ensued within the confines of Southaven Park.

Because this UFO had crashed on the Island during Thanksgiving and during the fast approaching Christmas Holiday season; the account of this was just as quickly forgotten as when it had happened. And maybe for the better.

Still there may be a person or two out there who may still recall this bizarre UFO case; that many of us who work and play on Long Island never knew about - including myself. And if they are bold enough to come forward to tell their side of the story to others. Then they are the ones who do not like to leave any stone unturned.

On second thought if you catch wind of something eerie like this occurring in your neck of the woods, you just may be better off in leaving well enough alone, if you know what I mean? 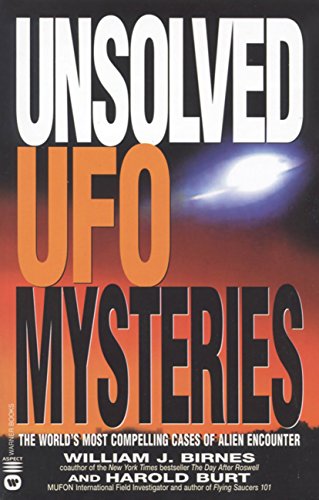