The United States of Christianity

I don't know when it started, but for the past several years, I have been hearing about this "war on Christianity" thing. I find it perplexing.

Christianity runs the world. Centuries ago, Christianity "came in like a wrecking ball" over Judaism and paganism alike and has yet to stop.

You don't believe me?

What is at the source of every anti-women, anti-LGBT, racist group out there?

When Peace is an Insult

This past year, Obama encouraged the use of the term "holiday" instead of "Christmas" to be all-inclusive. Apparently, "holiday" is an insult. Who knew?

Oddly, only Christians are furious. They see this as an insult to their faith. How acknowledging other religions, which have always existed, is insulting to your own is something I don't understand. One would think it a very Jesus-like gesture. I guess most Christians think Jesus would be a cry-baby, demanding recognition for his "birthday," forsaking any mention of any other holidays that were already in place prior to the religion created in his name.

Well, if you care about Jesus so much, you may like to know that as it turns out, Jesus' birthday wasn't in December—it was in March—but I would get in a lot of trouble if I voiced this fact to every Christian who wished me a "Merry 'Christmas,'" every year, wouldn't I? Not to mention, the "Christmas" tree has nothing to do with Jesus and everything to do with paganism. Pagans honor the earth. I mean, it'a a tree for Goddess' sake. The wreaths, the holly...Okay, I'll stop.

Personally, after learning that Christianity is nothing more than a series of rewritten pagan myths, marketed as originals, I became a pagan. Conveniently, Christianity has paganism as an enemy, obviously to prevent followers from learning the truth. I have to say that if anyone should be offended around the holidays, it's pagans and anyone who has been scammed by the political system that pretends to be a religion, known as Christianity.

Obama is a Christian.

There. I said it. Republicans will continue to deny it, and claim he's Muslim because he isn't one-hundred percent white. Breaking News: Islam is a religion, not an ethnicity. He is Christian. The Jesus kind. He follows Jesus. In fact, all U.S. presidents have been Christian. I think Jon Stewart says it best in a quote as a response to the Republican belief that there is a war on Christianity:

“Yes, the long war on Christianity. I pray that one day we may live in an America where Christians can worship freely! In broad daylight! Openly wearing the symbols of their religion... perhaps around their necks? And maybe -- dare I dream it? -- maybe one day there can be an openly Christian President. Or, perhaps, 43 of them. Consecutively.”

Like Gandhi is quoted as saying: “I like your Christ, I do not like your Christians. Your Christians are so unlike your Christ.” People like myself have no ill feelings towards the idea of people following Jesus. If people were actually following Jesus that would be pretty great. There would be free health care or at least affordable health care for all. I couldn't imagine Jesus telling everyone, "I just saved your life with my miraculous healing skills, but the price will be so high that you'll still be paying it off after you're dead!"

There would be more human rights, as well, I would gather. Jesus hung out with all of those folks people thought were "bad," right? So, why do we have "Christians" rejecting refugees? Oh, that's right. They think they're terrorists. That makes sense. Of course people from other countries are terrorists; especially, when they're trying to escape terrorists. Jesus wouldn't want his followers to accept needy people. That would be insane. Build those walls up. No helpless people allowed. 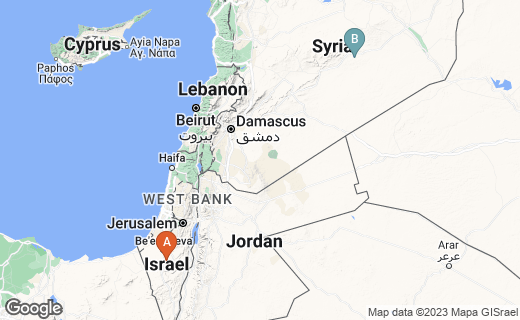 Speaking of refugees from the Middle East, wasn't Jesus from there? I don't consider myself incredibly map-savvy, but if memory serves me Nazareth, Israel is in the Middle East; therefore, these innocent refugees being called "terrorists" have lived in close proximity to where Christians believe Jesus lived. In addition, in Israel, the two official languages are Hebrew and Arabic. According to Christian mythology, Jesus would have spoken Aramaic, not English. According to his kind character, he would not have discriminated against Arabic-speakers.

A week ago, an article was published in The New York Times about a college student who was kicked off a Southwest Airlines flight for speaking Arabic to his uncle on the phone before take-off. Heaven forbid Arabic be spoken in America. It must be about terrorism. Surely Arabic couldn't be used for daily interactions and of course English-only speakers would never dream of committing terrorist attacks. Maybe, had he been speaking Hebrew, instead, he would have been fine. Then, again, perhaps the woman who reported the student and the airlines were both right. I'm sure Jesus would have thrown him off, too. Jesus didn't like diversity or Middle-Eastern languages.

While there are many great things about America, there are many downfalls involving hypocrisy, as well, and this is an example of one of them. Coincidentally, a lot of the hypocrisy involves religion and it usually favors one in particular, Christianity.

For a little more, please, read my article "Religion vs. Faith: Why Christianity Isn't About Jesus."