This is the final installment of The Whole Christ & The Marrow of Modern Divinity. I put the links up again because this series is just a brief glance at two powerful works in Christian literature. I've decided to make this a recap of what was previously covered in hopes that it might persuade you to look into them.
Two posts ago we examined the appropriate response to the law in Psalm 119. An accurate description of this law is demonstrated in Psalm 19:7-8.

8 The statutes of the Lord are right, rejoicing the heart: the commandment of the Lord is pure, enlightening the eyes.

These are some impressive attributes. As discussed before, the law can be considered the whole of scripture and summed up in the Ten Commandments. What's interesting is that we don't always view them this way, and it might be because we often only view the law in its 'works' phase. B.B. Warfield describes the Old Testament in a way that our poor understanding of the law could be considered as well:

Our New Relation to The Law

The revelation of the Gospel of Christ illumines our understanding of the purpose of the law. Each phase has to do with our relation to the law, but that does not mean the law itself changes. Even as the Law of Works it is still perfect, sure, right, pure, etc. The footnotes of Marrow tackle each phase well:

"The law of the Ten Commandments, being written on Adam’s heart at his creation; while it was not yet either the Law of Works, or the Law of Christ...made man liable to fall away from God, a threat of eternal death in case of disobedience, also had a promise of eternal life annexed to it in case of obedience. In virtue of this, having done his work, he might thereupon plead and demand the reward of eternal life. Thus it became the Law of Works, of which the Ten Commandments were and are still the matter of it. All mankind being ruined by the breach of this law, Jesus Christ obeys and dies in place of the elect, so that they might be saved; those who are united to him by faith are, through his obedience and satisfaction imputed to them, freed from eternal death, and become heirs of everlasting life — so that the Law of Works being fully satisfied, it expires as to them, as it would have done, of course, had Adam not fallen in the time of his trial. However it remains in full force as to unbelievers. But from the moment the Law of Works expires, the natural law of the Ten Commandments (which can never expire or terminate, but is obligatory in all possible states of the creature in earth, heaven, or hell) is issued to believers (who are still liable to infirmities, though not to falling away like Adam) in the channel of the Covenant of Grace: it bears a promise of help to obey (Ezek. 36.27); and it agrees to their state before the Lord, having annexed to it a promise of the tokens of God’s fatherly love for the sake of Christ in case of their obedience; and a threatening of God’s fatherly displeasure in case of their disobedience."

That's a deep analysis but gives a right understanding of the three phases. Once someone's relation to the law is moved from one of Works to Christ, they are no longer under condemnation. This was Paul's great discovery in Romans 8:1. However, Paul also recognized the purpose and nature of the law in its natural phase. He saw the Law of Christ as the restoration of what once was and that the Holy Spirit empowers us to live out the law. His struggle in Romans 6 was combatting the fleshly-minded conclusions some came to when learning the truth of Romans 8:1, as well as warning believers to root out the old habits that manifested in Legalism and Antinomianism. These were some of the problems Paul faced in his day that are actually the same ones we face as well. 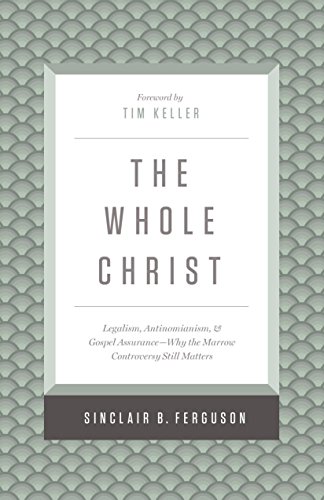 Addressing Concerns From Both Sides

"...because by the works of the Law no flesh will be justified in His sight; for through the Law comes the knowledge of sin. But now apart from the Law the righteousness of God has been manifested..." (Romans 3:20-21) What we have, we have through faith in someone other than ourselves.

"Now to the one who works, his wage is not credited as a favor, but as what is due. But to the one who does not work, but believes in Him who justifies the ungodly, his faith is credited as righteousness." (Romans 4:4-5) If we could earn or merit favor from God our salvation would be one of works.

"For this reason it is by faith, in order that it may be in accordance with grace..." (Romans 4:16) Our salvation is purposed to be by grace, not by merit.

Paul says "For by grace you have been saved through faith; and that not of yourselves, it is the gift of God; not as a result of works, so that no one may boast. (Ephesians 2:8-9)

"Are we to continue in sin so that grace may increase?" Paul says absolutely not! (Romans 6:1-2) Wedied to sin to escape not just the penalty but the power of it.

"Let us do what is evil so that good may result". Paul says their condemnation is just. (Romans 3:8) Doing the very thing Christ died to prevent in us is a blasphemous conclusion.

"Shall we sin because we are not under law but under grace?" By no means! (Romans 6:15) Once again those asking this kind of question are missing the point of being freed in the first place. Sin is captivity, it is not the path to fullness of joy and pleasures forevermore that they think it is (Psalm 16:11).

Paul says "You were called to freedom, brethren; only do not turn your freedom into an opportunity for the flesh, but through love serve one another". (Galatians 5:15)

Promises on the Path

In light of these statements, it is possible to become overwhelmed by the possibility of straying into either error. It may be that you have found subtle ways in which you may still think or act in one of these ways. The now not-so-dimly lit Old Testament promise in Ezekiel 36:26-27 shows that the faith to endure through these struggles was purchased for the saints at the cross:

"Moreover, I will give you a new heart and put a new spirit within you; and I will remove the heart of stone from your flesh and give you a heart of flesh. I will put My Spirit within you and cause you to walk in My statutes, and you will be careful to observe My ordinances."

The Whole Christ & The Marrow of Modern Divinity

Was this series helpful?