What Science in The Bible means in your life today

New book on signs of the end times.

Are there signs of when Jesus will return.

Science in the Bible

One of the ways to prove that the Bible is true and is the word of God, is to look at all the science that was written about in the Bible thousands of years before man discovered or could even imagine that many of these scientific things were real. The men who wrote these things could not have known any of this without the words being from God. Many of these thing we take for granted now because we know that they are proven facts, and are so obvious to us now.

Until scientists invented ways to prove and see these things, they weren't obvious at all. Scientists thought about, imagined and even theorized about how many of these things happened or were done, but they were just guessing.

END TIMES: How to understand Bible prophecy: Are there Biblical signs that show us when Jesus will return?
Buy Now

Something as simple as the fact that there is a water cycle on the Earth where the water is evaporated from the sea, moves over the Earth, is released from the clouds onto the Earth, waters the Earth and ends up back in the sea.

Ecclesiastes 1:7 All the rivers run into the sea; yet the sea is not full; unto the place from whence the rivers come, thither they return again. Amos 9:6 It is he that buildeth his stories in the heaven, and hath founded his troop in the earth; he that calleth for the waters of the sea, and poureth them out upon the face of the earth:

What matter is made of

This verse says that what we see is made up of things we can't see, which is what we now know are cells, molecules, and atoms. Hebrews 11:3 Through faith we understand that the worlds were framed by the word of God, so that things which are seen were not made of things which do appear.

Scientist could not see anything smaller than things that were visible to the naked eye. The concept of everything was made from things we can’t see didn’t make any sense.

These 2 verses are 2 of the 9 references in the Bible about the expanding universe. Psalms 104:2 Who coverest thyself with light as with a garment: who stretchest out the heavens like a curtain. Isaiah 40:22 It is he that sitteth upon the circle of the earth, and the inhabitants thereof are as grasshoppers; that stretcheth out the heavens as a curtain, and spreadeth them out as a tent to dwell in

The Earth suspended in space

Job 26:7 He stretcheth out the north over the empty place, and hangeth the earth upon nothing. 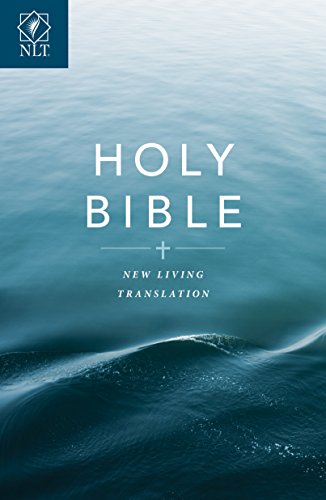 The Earth in not flat

Many scientist including ancient Greek Homer thought the world to be flat. There were some that said the earth was not flat, but many scientist up to the time of Columbus thought the Earth was flat.

The Bible states that the Earth is not flat, about 2000 years before Columbus's time in Isaiah 40:22 It is he that sitteth upon the circle of the earth.

The Hebrew meaning of the word circle is actually spherical.

All creation is finished

Everything in creation is done, the form of things can change but nothing can be created or destroyed. In Genesis 2:1 So the creation of the heavens and the earth and everything in them was completed.

The seeds from man and women

Genesis 3:15 And I will put enmity between thee and the woman, and between thy seed and her seed. This verse talks about the seed of man and the seed of women that combine to form new life.

It was not understood that a woman had a seed at all, It was thought until recently that the woman was just a vessel to grow the seed that was put into her from the man.

Air currents on the Earth

Men knew nothing about air currents or what we call a Jet stream until only recently, Solomon talked about it 2000 years before in Ecclesiastes 1:6 The wind goeth toward the south, and turneth about unto the north; it whirleth about continually, and the wind returneth again according to his circuits.

The concept of water currents that travel through the oceans were discovered because Matthew Maury, the father of oceanography read this bible verse, Psalms 8:8, The fowl of the air, and the fish of the sea, and whatsoever passeth through the paths of the seas.

Maury then set out to find the paths in the sea, discovering the ocean currents that we now know are critical to life on Earth.

John MacArthur on Science in the Bible

Medical science has recently discovered that a newborn baby's blood clotting reaches a peak on the eighth day after birth. The eighth day was when all Jewish baby boys were circumcised.

Leviticus 15:13 And when he that hath an issue is cleansed of his issue; then he shall number to himself seven days for his cleansing, and wash his clothes, and bathe his flesh in running water, and shall be clean.

Up until recently even doctors washed their hands in a bowl of water, they didn't realize that the germs were still in the water, and they were not washing away anything. If they would have read what was in Leviticus, they would have saved many more lives by being clean when they did surgery if they would have washed with running water.

Just these examples shows that there is no way that the men that wrote these words were writing their own words or that somehow they made them up, or knew things that no one else could even imagine at that time.

They couldn't have made this up. It is obvious that the words were the words of the creator of all things in the universe, the one true God, and the Bible is the true words of God.