How To Understand The Seven Heavens and the Nine Levels of Islam: 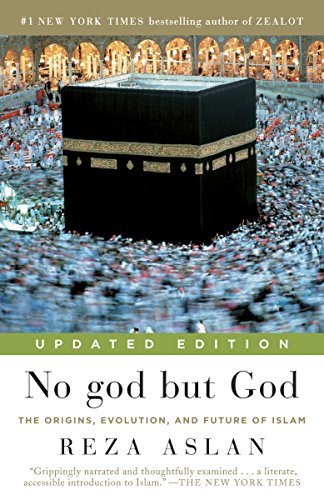 No god but God (Updated Edition): The Origins, Evolution, and Future of Islam
Buy Now

The Islamic idea of the seven heavens and the nine levels in the hierarchy of being, are somewhat different then the Judeo-Christian interpretation of the cosmos. However, the two doctrines contain many similarities and their views differ in relatively minor ways.

The Koran itself is not informative in regards to the composition of the cosmos. It wasn’t meant to be.

The Koran is a book of guidance and revelation; its purpose is to instruct the people in the proper course of daily life and in the correct preparation for the final judgment of God.

We receive most of our information on Islamic cosmological doctrine from the learned scholars, philosophers, astrologers, astronomers, and mystics who have related their findings within the Islamic schools of cosmology.

The Nine Levels: Hierarchy of Beings of Islam:

The Creator is God, and God is eternal, omnipotent, and omnipresent. Nothing exists outside of God, and the heavens are the manifestation of God’s truth.

The Divine intellect can be divided into two categories; innate intellect, and acquired intellect.

Through the interplay of Intellect and the Universal Soul, the positive and negative elements of the universe intermingle and by the conglomeration of the strong and weak nuclear forces, all life and forms move from non-being to being.

“The Intellect and the Universal Soul contain the principles of the whole universe. The duality upon which things are based returns to them in one way or another. Intellect and Soul contain in themselves the active and passive principles through which the life and actively of the universe can be understood. The Universal Soul receives from the intellect all the virtues, forms and positive qualities and transmits them in turn to the whole of the universe.

The Universal Soul can be divided into fifteen parts: seven superhuman, one human, and seven subhuman. The two divisions immediately above are angelic and prophetic; while the two immediately below are animal and vegetative.

Away from the outer sphere toward the world of generation and corruption andultimately hell, upwards towards heaven, horizontal oscillation, without knowledge of where to go in the soul of animals.

“The cosmic tendencies and qualities which are to be found everywhere owe their existence to the fundamental tendencies of the Universal Soul.” From the IslamicCosmological Doctrines by Dr Nasr.

The fourth level in the hierarchy of being is one of the embodiments of matter and form. According to doctrines there are four kinds of matter:

Matter of Artifact, Physical Matter, Universal Matter, Original Matter: Together they comprise the material of the universe.

There are five kinds of nature: there is celestial nature and there is the nature of the four elements.

Body is the form of matter. All forms have six directions: front, back, above, below, left, and right.

During the compilation of the theories of cosmological doctrines, the spheres included only the seven planets that were observable. Today, we can assume this would be expanded to include all the planets within our solar system.

Beings of the World:

The beings of the world are divided into mineralogical, vegetative, and animal categories.

The Nine Heavens according to Islam:

Foremost is the Heaven of Heavens, Heavens of the sign of Zodiac, Saturn, Jupiter, Mars, Sun, Venus, Mercury and the Moon.

To View My Previous Article:The Multiple Levels of the Universe according to Christianity