How To Understand The Transmigration of Life and Death 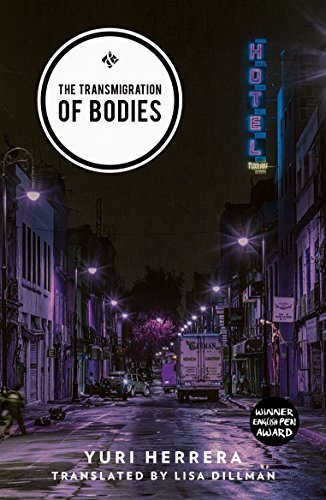 The Transmigration of Bodies
Buy Now

It has been my experience that nothing one can say or show, as evidence will convince someone of the possibility of the transmigration of the soul and reincarnation if they hold the opposite and opposing view.

For the sake of argument, let us assume there is transmigration of the soul and reincarnation. If we allow this assumption, then we must ask—where did I come from? And where will I go?

As we all know, where there is life, there is death, and if we are not sure how we came into this existence, we will be unsure where we are going after we pass away. Without this knowledge we are lost people, wandering blindly in this life and perhaps into other lives as well.

There was an emperor in China named Suen Tz (the first emperor of the Ching Dynasty, 1644-1661). He abandoned his throne and became a monk, and wrote a poem when he left home. It read, “Who was I before I came into this world? Who am I now that I am alive? When I grew up and tasted the bitter and sweet, I knew this was my life. But after I pass away, what will my next life be? Alas! I’d rather neither come nor go. Thus, I might be free from suffering and sorrows.”

From the very beginning until now, all sentient beings appear and disappear in this world, just like a wheel turning around and around without ending. This is called transmigration or ‘Lun Huei’ in Chinese. According to tradition, the never-ending cycle of life and death corresponds to all phenomena:

Within the transformation of sentient beings there are three kinds of mind. All actions, deeds, and, therefore, all suffering come from the mind. If the mind is full of delusion and evil thoughts, a sentient being cannot free himself from the suffering sea of life and death.

The natural mind is our intuitive wisdom, our conscience, our absolute nature. It is innately pure, clear, and perfect: the image of perfection. This mind belongs to what the Chinese call Wu Chi, the World of Truth.

The artificial mind is partly good and partly evil, containing the six desires and the seven passions as well as the mind of practicing charity. This is the human mind. This mind belongs to the realms of Tai Chi, the ethereal realms.

This mind is impure, containing the darkness of greed, hatred, and ignorance that evolves into the ten evil deeds. This mind belongs to Huang Chi, the phenomenal realms.

All existences and manifestations in all worlds depend upon the mind. The absolute mind sees all realms as neither real nor unreal, therefore a Buddha can penetrate and travel effortlessly throughout all realms.

The mind can make a sentient being holy. It is said that when the mind is completely rectified, enlightenment cannot be far away. Our mind is the master of the body; the body is the tool, the servant. If one is enlightened to his natural mind, one will be the master of his artificial mind and body, producing no evil deeds or evil thoughts, becoming an enlightened being. “The original spirit of man loves purity, but his mind disturbs it. The mind of man loves stillness, but his desires draw it away.” (The Purity and Tranquility Classic, byTai Shang Lao Chun)

Ten spheres that correspond to the different states of mind:

All beings in the ten levels, except Buddhas, are sentient beings. Sentient beings on the planes of existence share the same pure nature.

To View My Previous Article: The Fruit of Cultivation

To View My Next Article: Karma and Rebirth