Topaz or Peridot - The Second Stone in Aaron's Breastplate

Pitdah, or Topaz as most scholars have come to refer to it, sits as the second stone in Aaron's Breastplate and the 9th stone of the 12 Foundations of the New Jerusalem. While some grades of the stone we now call Topaz can have a yellowish, brown, or greenish hue, gemologists are more likely to say that the ancient stone referred to as Topaz was closer to that of Peridot, although mined from the generally understood location of an island in the Red Sea.

Commonly understood characteristics include the fact that the wide-ranging available colors of Topaz and the varying degrees of yellow-green in Peridot, are generally derived from impurities in the stone itself. The exception is modern-day Topaz that through heating and/or application of colour, has been known to take on blueish hues as well. In fact, when most people think of Topaz today, they think of the artificial blue colour. The generalized shape of this stone in the wild, is that of a rhombic prism. Both the Peridot and the Topaz are characterized by a white streak going through the stone.

So what are the qualities of this stone? What is it known for? For starters, history leads us to believe that it was widely available in it's more semi-precious varieties around the ancient Middle East. We are told that once again, it was a stone readily available from the Egyptians, Phoenicians etc. So characteristic number one, it was common. In it's higher grade forms, it was highly prized by the Hebrews of that day, as evidenced by Job's words in Job 28:19 "The topaz of Ethiopia shall not equal it, neither shall it be valued with pure gold." The topaz is said to have similar hardness to that of a ruby, while it's lustre is similar to that of a diamond.

Some ancient descriptions of this stone suggest it was layered, with the bottom layer having a reddish hue while the upper layer held the yellowish or greenish hue. Clearly not the same stone as most describe today.

Looking for this Stone on Amazon? 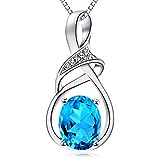 Simeon and Matthew - Associations with the Stone

Simeon's name means: "To hearken" or "one who hears" or "hear". The similarity between Simeon and this stone appears to be in the last characteristic noted above. Jewish historical lore suggests that the two-toned nature of this stone carried with it the implication of morality. Due to the fact Simeon is noted in the Scriptures as having gone to rescue his sister, one can see where this suggestion might rise. Other meanings of his name include: "to proclaim", "to announce", "to write", and "to cut". This last definition might allude to the ancient description of this stone as well. It is said that the standard under which the Tribe of Simeon camped, had the symbol of a city on a green background. This is in keeping with the suggested stone having a greenish hue to it. It is noteworthy to mention however, that different sources place this banner's background under different colours and therefore ascribe different stones to this tribe in the breastplate.

Matthew's name in simple English, means: "Gift of God". His Hebrew name, Levi, meant "Join to", which is of note considering when Jesus called him, Matthew left his tax-collecting post and joined himself to the cause of Christ.

Due to the kind of work Matthew did before he was called by Christ, deductions about his personality, skills and abilities have emerged by various writers. It can't escape notice that Publicans, tax-collectors who worked for Rome, were incredibly disliked in the Roman Empire! Even worse, any Jew found working for the Romans, especially in this capacity, was hated even worse! So it is said then, that Matthew needed to have a tough skin, a keen understanding of traded goods, and the ability to account for everything meticulously! We see then how Matthew's personal qualities match up with the this stone's quality of hardness, and yet the wealthy lustre of the diamond. Matthew was by no means poor! The banquet thrown for Christ in Luke 5:29 would have been no small affair and according to Luke, was well attended by what the Jews of the day would have considered, "the baser sort". So while the everyday Jew hated him, clearly he was well-known and appreciated by those of his demographic.

What does this mean for the Bride of Christ?

Christ is looking for a Bride with combat boots on as I've said in other writings. The moral purity offered in this stone along with it's hardness and lustre speak to this loudly! The Bride of Christ is meant to be beautiful, gentle, pure, proclaiming the goodness of Christ while shaking off the fiery darts of the enemy, the attacks that come within and without the Church. She does this with the Shield of Faith mentioned in Ephesians 6.

An immoral attitude does not become the Bride of Christ. Engagement in immorality, whether spiritually as described to Exekiel of Jerusalem's behaviour straying from God, or physically as in the concept of adultery or fornication outside the marriage bed, defiles the member of the Bride of Christ and contributes to the spots and wrinkles Christ wants to cleanse and remove before presenting her to the Father. It should be the desire of every born-again Christian to lead lives of purity before the world and before God, not putting any other gods before Him, and holding true to virginity or one's spouse as the situation demands.

A toughened attitude toward God also contributes to those spots and wrinkles in the Robe of Righteousness. There is no room for a set jaw before the Heavenly Bridegroom. The only toughness God desires, is that provided by the Sheild of Faith as it stops all attacks from the enemy! The Bride must not be consumed by what the world thinks, but must be strong and unbreakable against "fear of man" and do what she has been called to do regardless of what those around her think.

Her tenderness toward God and toward the hurting is of ultimate beauty in the eyes of God. Scripture says God values a gentle and quiet spirit, and that wisdom is far above Rubies.

Today we focused on the Second Row.