Triangles have had a connection to UFOs for years. Between the elevated sightings of UFOs in places like the Bermuda Triangle, Dragon Triangle and around pyramids, triangular shaped UFOs fit the pattern.

Generally, these types of UFOs are made up of a matte type of dark metal, and usually have three lights on the tips. Sometimes, a central light is sighted in the middle of the craft. Although the points are usually sharp, sometimes they’re rounded. Often, these UFOs are extremely low flying and exhibit extraordinarily slow speeds for air bound crafts. However, when they decide to leave the area, they accelerate at an impossible pace and vanish without a sound. They're not shy at all about interacting with human witnesses, either.

The earliest recorded sighting of a triangle UFO took place in September of 1952. That month, the UK and US were taking part in a NATO military exercise called Mainbrace. During that period of time, there were two triangle UFOs sighted in the same area.

Four months later, on January 28th, 1953, Edward Ruppelt of Project Blue Book received word of a dramatic sighting in US air space. It had been sighted by the pilot of an F-86 flying over Georgia who followed it because he couldn't figure out what it was.

It moved independently from the stars, and too quickly to be a planet, and he didn't recognize the pattern of lights as originating from a model of plane he was familiar with. As he drew nearer, the white light gradually turned red and snapped into a perfectly triangular shape. The glowing triangle then separated into two, which flew horizontally with each other. Shortly after the separation, the craft gave a brilliant flash and vanished.

As the craft was in sight, he had been completely cut off from radio communication, but once it was gone, radio again picked up. At that point, the tower asked if he had seen any strange lights, because they had picked up an anomaly on radar.

They couldn't figure out what it was, because while it was in sight, it was moving too slowly to be a plane. They were also able to see it in the sky with the naked eye.

The NATO sightings and the one by the fighter pilot described above still haven’t been explained completely. During this time, both the US and UK governments had been testing top secret aircraft in places like Area 51. In the Georgia case, this type of misidentification may be unlikely, but there have been acknowledged cases which have really been sightings of classified air craft.

There is also a long standing agreement between the US and UK which allows the United States government to test aircraft in United Kingdom air space.

The Lockheed F-117 Nighthawk, for example, is very close in shape to these UFOs, and while it was being tested, anyone who saw it probably wouldn’t have a clue of what it really was. In the case of triangular lights high in the sky in the 1950s, the high altitude spy planes being tested could have easily been mistaken for UFOs, even by trained pilots and radar operators.

However, most sightings are so extravagant and outlandish that the possibility of top secret aircraft being the cause is out of the question. The Phoenix Lights, for example, was witnessed by entire towns and received extensive media coverage.

Part of what sets triangle UFOs apart from other types is how close they tend to get to observers. There are countless sightings in which these craft have descended towards unnerved people and actually shone lights on them. When this happens, it’s as if whoever’s driving the ship is trying to get a better look at the individuals at the very least.

In many cases, there is missing time involved and electrical failure, both of which are commonly associated with abduction stories.

The craft are unnervingly quiet as well, and if there is sound, usually it’s a buzz or low thrum. However, the noise is rarely loud enough to indicate any known engine which can support craft the size of these. Reports range from 30 feet long to several football fields in size.

The combination of silence and frequent interruption of electronic function leads many to believe that the mysterious engines powering these and other UFOs may be electromagnetic in nature, rather than the combustion we’re so dependent on.

Although triangle UFOs had been sighted all through the 1950s, 1960s, 1970s and 1980s, sightings took a sharp upswing in the 1990s, especially in the US and the UK. Many still suspect many of these are actually spy planes still in development, but most civilians will never know for sure.

We must also remember that many of the pictures and videos circulating through social media and other forums of communication could be sophisticated frauds. Regardless, there is still genuine evidence out there, and there has been news coverage of many sightings.

Some of the more shocking, and perhaps questionable, sightings that I came across are the ones which took place in China during rush hour and one which happened in the cloud resulting from a volcano in the process of erupting. 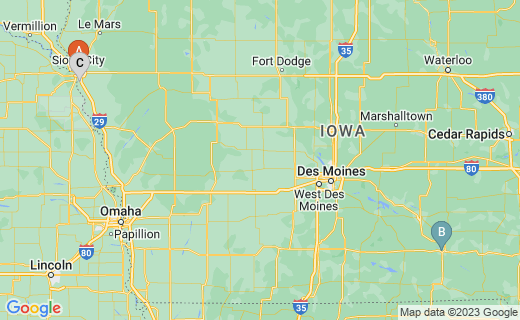 Also the sight of the US Air National Guard base.

In fact, there are still sightings to this day. According to MUFON’s web page, the latest triangle UFO sightings reported took place on June 16th, 2013, which is only two days before this hub was written. One took place in Sioux City, Iowa and the other took place in Ottumwa, Iowa.

Both witnesses described the object as hovering in place for a period of time before it flew out of sight. One report indicated there was a sort of mist around it, and the second report had pictures which showed a very similar phenomenon. Is this a case of mistaken identity, or is it a genuine UFO?

Although the direction wasn’t recorded in the two reports, it’s interesting to note that the Air National Guard base located on the grounds of Sioux Gateway Airport is situated between the two towns.

Regardless of whether or not you believe any of the sightings are of alien origin, the facts that so many reliable sources have made reports and there is ongoing investigation into many of these cases do show that something mysterious is going on. The news media, and certainly those who have experienced sightings first hand, have enough interest to keep the topic alive and well in the public eye.