Truth that really is stranger than fiction. A great Irish Mystery. The Foxes of Gormanston Castle.

The mystery of Gormanston.

The foxes come to Gormanston Castle.

The foxes and Gormanston Castle through time.

Will the Gormanston Castle foxes ever come again?

The castle. The visitors, and one of the owners.

The mystery of Gormanston

The expression "truth is stranger than fiction" is a phrase that is much bandied about in our literature, and among people generally. Everything from the idea that Elvis is alive to the notion that the moon landings were faked is touted about under the "truth stranger than fiction" label. Well the story I am about to relate is true in every particular, and it undoubtedly is strange. I knew some of the witnesses to the strange occurrences that centred round Gormanston Castle, the ancient fortress of The Preston Family, as I was fortunate to have spent a very happy childhood not three miles from the location in Ireland where they occurred.

The foxes come to Gormanston Castle.

The year is 1860. In an ancient castle, not three miles from where I was brought up, a man lies dying. The family are gathered round his bedside. In the castle corridors, and down in the cavernous kitchen, servants silently weep.

For it is the master of the house that is preparing to breathe his last. Down in the stable yard and in the farmyard the chickens and ducks, whose forebears have provided meat and eggs for generations of the noble family that had inhabited Gormanston castle for close on seven hundred years, carried on with their avian preoccupations. The drama that was playing out heavily for all the human inhabitants of the estate did not affect their daily routine of laying eggs and mating. But something was stirring near the farmyard. The old cockerel, whose principal function was to give warning to the farmyard birds when danger approached, suddenly flew up onto an overturned cart and gave voice to one almighty series of crowing. Immediately the ducks and the hens started to mill about in alarm clucking and quacking in an ever increasing panic. Something deadly was approaching. The birds, who have a keener sense of smell than we humans do, knew the source of this deadly danger. They were more used to this enemy creeping into their house at night, than approaching the yard in the middle of the afternoon. But they knew what the end result was likely to be. There would be chickens and ducks scattered bleeding and dead round the farmyard, while one of their number would be dragged off to feed the voracious offspring of the deadly predator.

Suddenly two of the attackers came through the open gate. The farmyard fowl froze in silent terror, like thousands of their ancestors had done in the past, and like countless more of their descendants would do in the future. The two foxes, for such they were, trotted quickly through the stable yard, totally ignoring the terrified fowls. They disappeared in the direction of the castle, to be followed, not five minutes later, by at least a dozen more of their kin, who also totally ignored the easy prey that was on offer.

From out of the woods and fields that surrounded the ancient fortress they came. You could number them in hundreds. Some of them hung back under the trees that surrounded the lawns of the castle, but many of them sat down right outside the castle itself, especially beneath the windows of the room where the aged owner of the estate prepared to meet his maker. The foxes had come to pay their respects to the dying man, and to mourn his passing, exactly as their ancestors had been doing for his ancestors for over two hundred years.

In the principal bedroom Jenico Preston, 12th Viscount Gormanston lay. He did not have very long to live. I don’t know if his attendants informed the dying man that the castle was surrounded by foxes, but you can be sure, that if he was still conscious he would be expecting them to be there. They had been there in 1786 when the 11th Viscount died, and each time the head of the family expired, from that time in the seventeenth century when the foxes of Gormanston began their inexplicable ritual. They stayed until a week after Lord Gormanston died, howling their grief. They did not return to their marauding ways until after the funeral.

The foxes and Gormanston Castle through time.

The records don’t tell us exactly when the foxes first came to pay respects to the dying Lords of Gormanston Castle. The seventeenth century in Ireland was a turbulent and bloody time, forever stained by the memory of the depredations of such genocidal maniacs as Oliver Cromwell. But sometime in the midst of all that strife one of the Viscounts Gormanston was on a fox hunt. The hounds cornered a fox. But just before they tore it to pieces, somebody noticed that it was a vixen with cubs. The viscount immediately called off the hounds saying that it would be a shameful thing to deprive the young foxes of their mother, or even to kill the whole family. The foxhunt was called off for that day. Many years later when that young lord was on his deathbed the foxes came to mourn him, and they had kept up the tradition for each of his successors ever since until this day in 1860 when the 12th Viscount died.

Another story claimed that it also happened during a fox-hunt but ended in a different way. Apparently the then Lady Gormanston detested hunting. In the course of the hunt, she found a vixen. She hid it somewhere out of harm’s way until the hunting day was over. Then she released the vixen into safety. It was said that when she died, the foxes came to mourn her passing. I personally think the other story is the more likely.

In 1876 Edward Anthony John Preston, 13th Viscount Gormanston also passed away in the castle, and there was a repetition of the events of sixteen years earlier. The 14th Viscount died away from home in Dublin in 1907. But the foxes still came to the castle. Also in the city the house where Lord Gormanston died was surrounded by foxes, and this was in a time prior to the modern phenomenon of urban foxes. In 1925 when this lord's successor expired the foxes came again to mourn his passing.

The last time that this ancient ritual was played out was in 1940. Jenico William Richard Preston, 16th Viscount Gormanston was an officer in the Second World War. He died a long way away from his ancestral home, but before his family could be given the tragic news of his death they knew already, because once again the visitors from the woods surrounded the castle. In this way was the death of the head of the house announced to his grieving family.

Will the Gormanston Castle foxes ever come again?

Gormanston castle no longer belongs to The Preston Family. It was sold in the nineteen forties. The 17th Viscount Gormanston lives in England, and I hope he has many happy years of life left to him, but I do wonder what will happen when he goes to greet his ancestors. Will the foxes emerge to surround the family seat again? Will they seek him out in his new residence? Or will they decide that, now the direct connection to the castle has been severed, their tribute has been offered for the last time. Only time will tell. 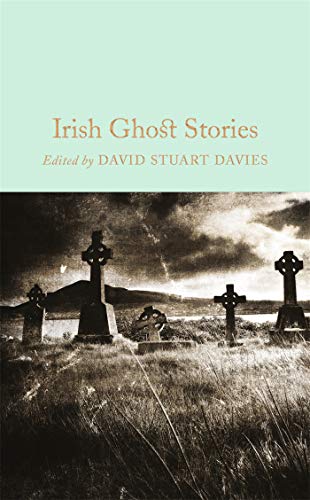 Join the great community of HubPages. Express your opinions and earn money.

The best writing site on the web.