UFOs In Art Throughout History

UFOs are not a new phenomenon as many may believe, there have been sightings for hundreds if not thousands of years. We know this because they have been documented throughout the ages in art, below I have searched through the net and found some great examples.

The mysteries surrounding UFOs still remains, what are they, were are they from and what do they want? A question I'm sure has been asked throughout history!

A 14th Century Fresco Of The Madonna And Child

This is a Fresco from the 14th Century that depicts the Madonna and Child. If you look closely to the right side of the image you can see what looks like a UFO hovering in the sky! i have made a blow up of this image which clearly shows a UFO with port holes or windows of some sort. This Fresco seems to indicate some sort of involvement between UFOs and the appearance of the Christ Child. Why would the artist include this in his art?

This Tapestry is called a Summers Triumph and it was created in Bruges in 1538. it is presently be held at the National Museum in Bayerisches. If you look closely you can see several UFOs or disc like objects at the top of the tapestry in the sky. I have made a blow up of part of this section so you can clearly see the UFOs.

The Annunciation With Saint Emidius

This is a painting done by Carlo Crivelli in1430-1495 and is called "The Annunciation with Saint Emidius" it hangs at the National Gallery in London. A disk shaped object is shining a beam of light down onto Mary's chakra. i have made 2 enlargements of the object next to the painting.

This painting of 'The Crucifixion' was painted in 1350 and seems to depict a small humanoid sitting in a UFO looking over his shoulder at another UFO as if in pursuit or even in a race, as he flies across the sky in what is clearly a UFO of some sort. The leading craft is decorated with two twinkling stars, one reminiscent of national insignia on modern aircraft. This painting hangs above the altar at the Visoki Decani Monestary in Kosovo, Yugoslavia.

Human Race Get Off Your Knees: The Lion Sleeps No More
Buy Now

Alien Agenda: Investigating the Extraterrestrial Presence Among Us
Buy Now

The Lolladoff plate was discovered in Nepal and appears to show a hovering disk shaped object in the center and a small humanoid, resembling an alien that looks remarkably like the classic Grey alien which are reported by nearly all encounters and abductions by aliens.

Petroglyph's Dating Back Thousands Of Years

Petroglyph's that date back thousands of years by ancient Indians in southwest America. According to the Indian folklore, 2 objects collided in the sky and one of the objects crash landed in the Death Valley region. Some men arrived in another craft and spent some time repairing the damaged craft and they were observed by the local Indians. The two images below may possibly depict the ship (left) used by the men who came to repair the damaged craft. In comparing the two images, the one on the right seems to show structural damage around the edges,sides and the base. Could it be the one that allegedly crashed? Theses images are still shots taken from an old TV series entitled "In search of..." hosted by Leonard Nimoy

John The Baptist And Jesus

As you can see in this picture a disk shaped object is shining beams of light down onto John the Baptist and Jesus. It is currently be held at the Fitzwilliam Museum in Cambridge, England. It was painted in 1710 by Flemish artist called Aert De Gelder. What could have inspired the artist to combine these two subjects?

Mary At The Tomb Of Jesus

The image on the right depicts Mary at the tomb of Jesus. It is one of a series of images from the "Relinquary Box" which contains stones from holy sites of Palestine. Dated 6th-7th C. it is Located at Biblioteca, Vatican. can you see the dome shaped object above the tomb, If it is a building why is it hovering, Also, what is the round object on top?

The Cave Of "Pech Merle"

These two images below are from the cave of "Pech Merle" in france near "Le Cabrerets" c.17,000 - 15,000 BC. The scene seems to depict a landscape full of wildlife together with what look like a number of saucer shaped objects. The objects seem totally out of context.

This is a French jeton minted in 1680, a coin-like educational tool that was commonly used to help people count money, or sometimes used as a money substitute for playing games. It is about the size of a U.S. quarter-dollar and similar to thousands of other jetons with different religious and educational designs that were produced and used in Europe during the 16th and 17th centuries. It appears to commemorate a UFO sighting of a wheel like object. Some researchers feel it represents the Biblical Ezekiel's wheel. The Latin inscription 'OPPORTUNUS ADEST' translates as 'It is here at an opportune time".

Illustration From A Book "Ume No Chiri (Dust of Apricot)"

This is an illustration from a book "Ume No Chiri (Dust of Apricot)" published in 1803. A foreign ship and crew witnessed at Haratonohama (Haratono Seashore) in Hitachi no Kuni (Ibaragi Prefecture), Japan this strange object. According to the explanation in the drawing, the outershell was made of iron and glass, and strange letters shown in this drawing were seen inside the ship.

These are illustrations from a book by Lt. Grey. "Journals of Two Expeditions of Discovery in North-West and Western Australia 1837, 1838, & 1839", www.hesperianpress.com. He led an expedition in the 19th century to some caves near the Glenelg River region of Kimberley, Northern Australia. They are considered to be pre-aboriginal.

1660. The illustration depicts a sighting by two Dutch ships in the North Sea of an object moving slowly in the sky. It appeared to be made by two disks of different size. The source for this account is one of the books entitled :"Theatrum Orbis Terrarum" by Admiral Blaeu. These books were compilations of articles by different authors and consisted of detailed accounts of long engagements at sea, cartography information etc.

UFO Sighting In Arabia In 1479

The picture on the right is from a book entitled Prodigiorum Ac Ostentorum Chronicon by Conrad Lycosthenes (1518-1561). Basel: Henricpteri, 1557. It depicts a UFO sighting in Arabia in 1479. The book is held at the Australian Museum Research Library.

Crusaders From A 12th Century Manuscript

The images on the right are of two crusaders date from a 12th century manuscript " Annales Laurissenses" (volumes/books about historical and religion events)and refer to a UFO sighting in the year 776, during the siege on Sigiburg castle, France. The Saxons besieged and surrounded the French people. They both were fighting when suddenly a group of discs (flaming shields) appeared hovering over the top of the church. It appeared to the Saxons that the French were protected by these objects and the Saxons fled.

This is an artistic reproduction of a relief found in a labyrinth on the island Jotuo in the Toengt'ing lake. An expedition took place in 1957 (two years before an earthquake in that region). The expedition was led by professor Tsj'i Pen-Lai. They found various reliefs showing "humans" in strange clothes which looked like astronaut suits (hose like objects attached to the clothes). They also found a painting which apparently resembled the solar system. The third and fourth circle (planet) were connected with a line. Also there were ten planets (excluding the sun as planet). 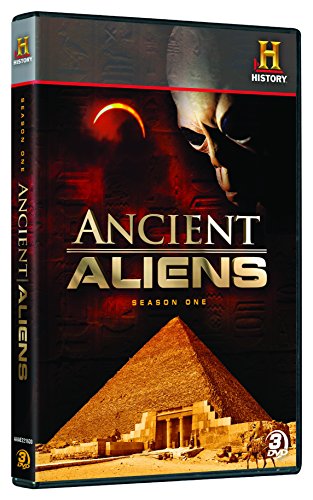