The Specter of Captain Kelley: A True Ghost Story

Could it be that spectral spirits roam the earth? Is death perhaps not the end of our being? Perhaps not. Perhaps there is something left behind. Certainly there are many who believe that the spirits of the dead dwell among us, or at least visit us from time to time. I happen to agree with those people. I have seen such a spirit first-hand, and it is something I will never forget as long as I live.

The house that I grew up in was built by a great-great-uncle of mine by the name of Captain Roland Kelley. Captain Kelley was a seafaring man, piloting a three-masted schooner called The M.E. Eldridge from the port of his little village on Cape Cod, Massachusetts to places as far flung as India and China. There he would fill his hold with much sought-after goods, such as spices, textiles, exotic fruits and tea. His voyages lasted many months, even a year or more.

Kelley did quite well for himself via his seagoing ventures, and in 1892 he built a brand new home for his growing family on the main street of his village. Captain Kelley and his wife had five children, all of whom were apparently musically inclined. We have since found mentions of the Kelley children on the society pages of the local newspaper, when they offered entertainment on the piano and wind insruments, and sung for guests at parties, hosted by their parents at their beautiful new home.

The house is in the Victorian style, so popular in the latter part of the 19th century. It's interior features several large rooms downstairs, complete with cherry wood paneling brought home from China and crystal chandeliers from Europe, plus three bedrooms upstairs. This house also has what is known to us as the "tower" - a small steeple which contains a tiny room accessible only through a trap door in the ceiling of the upstairs hallway. There is an a-framed gable to the front of the second floor as well as two front porches. The usual decorative woodwork and gingerbread, common to Victorian homes, adorns the exterior walls. All in all, it is a charming and graceful home, and one can well imagine how proud of it Captain Kelley must have been.

Ever since my parents bought the house, the year I was born, my mother had talked about Captain Kelley haunting the house. My parents' bedroom was at the foot of the stairs, and they would be awakened late at night with the sound of heavy footsteps going up or down the stairs. For a while, they'd get up each time to see how one of the children could be making such heavily booted foot falls on the stairs. But, never finding anyone up, they eventually got used to hearing the footsteps and would just say "oh, that's Captain Kelley again", and roll over and go back to sleep.

Sometimes they would hear the front and back door knobs being rattled, and my mother decided that the Captain was checking the doors to see that they were locked for the night. She speculated that he might "live" in the tower! Other occurrences, such as items disappearing and then turning up again in the strangest places, cold spots in various rooms of the house that would come and go, and the occasional sound of an unintelligible mumbling when no one else was in the room happened from time to time, but nothing more sinister than that. My mother concluded that the Captain was a benign presence who just didn't want to leave his lovely home. (My parents' home was featured in the true ghost story book, Cape Encounters, which is listed at the end of this article.)

My bedroom had always been in the gabled room of the upstairs. I loved that room! - with its molded woodwork and sloped ceiling around the gable's window, which let in shafts of golden sunlight to play with the spreading shadows of a late afternoon. I was always comfortable in that room, never had any odd feelings or strange occurrences. Although a psychic, whom my mother called in, years after my ghostly incident, refused to go upstairs and would not explain why.... I always felt completely at home there.

At the age of 13, I went to bed one October night, as usual. It must have been several hours later that I suddenly opened my eyes. I'm unsure if it was a sound that woke me, or the glow of an eerie light that shone against my closed eyelids. There, standing by the side of my bed, I saw the clear image of a man. He was not particularly tall, and he was stooped slightly forward, his hands clasped together behind his back.... and he was staring intently at me!

He seemed to be transparent, as I could see the desk chair behind him through his body, and there was a dull glow to him, a yellowish sheen. He seemed to be floating slightly above the floor rather than standing on it. I noticed that my uninvited guest was dressed in old-fashioned clothing. He had some kind of a vest on over a shirt with a pointed collar and a short jacket over that, with lapels. There was a watch fob in the vest pocket. His hair was wavy and a little disheveled, and it seemed to be moving slightly around his face, as if gently blown by a constant breeze. He had a long face that was not unkind. But what I noticed most starkly was his expression. He was peering at me with a puzzled look on his face. He really seemed to be quite confused at seeing me there, and was bent forward as if to get a closer look at me.

I suppose it is because it was such a frightening moment for me that I remember every detail so precisely, but his image is still very fresh in my mind. So what did I do? You'd probably like to hear that I spoke to him or at least continued to watch him to see what would happen. You'd be disappointed. At first I just stared, I could feel my eyes getting wider and wider with fear. Then it occurred to me that I might be dreaming. So I squeezed my eyes shut for a few seconds and opened them again. He was still there. At that moment he shifted slightly in my direction and I thought he was about to reach out and touch me. So I dove under the covers, pulling them tightly up and holding them over my head.

The theory goes that our "aura", or the confluence of electrical energy that flows through our bodies, leaves our earthly selves at the moment of death. Many people don't realize that a human being loses 6 ounces of weight instantaneously at the moment of death. Ghost hunters believe that this is the loss of the energy field, the soul, of the individual. They theorize that a person's awareness or intelligence is bonded to this energy field, so when that energy reassembles as a ghostly presence, there is no reason why the spirit's intelligence should not also be present in the apparition.

There are several reasons why an interactive encounter with a spirit can occur. Sometimes the departed has urgent unfinished business and wishes to pass a task or knowledge on to the living. A spirit who wants to relay the identity of his murderer is an example of such a case.

Other times a spirit may be so connected to his or her family or loved ones that it is impossible for them to make a clean break with the living. Perhaps a young mother dies, leaving little ones behind. She may appear, wanting only to watch over and safeguard her children.

A third theory is that some spirits simply do not understand that they have died! In this case, they may try over and over to get the attention of the living and may show some frustration or confusion as to why they are no longer included in the goings on. 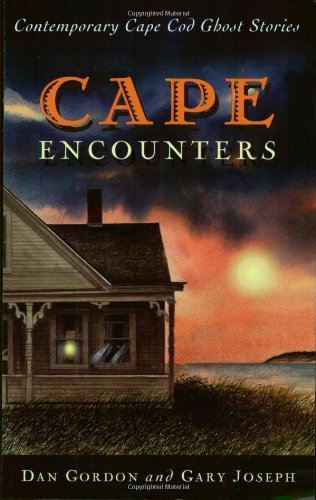 In any case, there I remained, getting little if any sleep, until light filled the room and I felt safe to come out. The speculation, of course, was that it had been Captain Kelley, but there was no way to know for sure. About a year later, I was helping my mother sort through some very old photos that she had gotten from an uncle who had recently passed away. There was one of a family, a mother and father standing behind a row of solemn looking children. It appeared to be from the early 20th century, and as soon as I saw it, my heart skipped a beat. The man in the picture was the man that I had seen that night!! There was no doubt about it. His face was unmistakable, even the clothes were similar, down to the watch fob in the vest pocket!

I pointed it out excitedly to my mother. She just smiled. The photograph was of Captain Roland Kelley and his family, she informed me. Talk about getting chills down your spine!!! I think every hair on my body stood on end. I spent the rest of the afternoon staring at that photograph and searching through the others for more of the Captain and his family. That was the only one in that collection, but I had my proof.... I had seen the ghost of Captain Kelley!

My mother thought that the reason he had been staring at me with such a bewildered look on his face was that he had perhaps gone to check on his sleeping children, and found me where he had expected to see one of his daughters!

For a while after the haunting, I had been afraid to turn the light off in my room at night. But as the months and years passed with no further visits from the Captain, I gradually regained the feeling of comfort that I had always enjoyed in my gabled bedroom. In fact, I tended to agree with my mother's theory, and it was a comforting thought to know that the spirit of a concerned father and proud home owner might be floating about the house, keeping an eye on things and making sure that everything was all right.

The picture of the Kelley family hangs on the wall in the music room of the house to this day, and when I am at my parents' home, I frequently nip in there to take a look at the picture and remember that frightening event so many years ago. I hope that Captain Kelley has forgiven me for startling him that night, and I'm somehow sure that he is pleased that we hung the photograph of him and his family on the wall.

Did you know there are SIX TYPES of hauntings?

Be sure to answer the poll below!

Do You Believe In Ghosts?

Do you believe that spirits of the dead walk among us?