The Afterlife Through Various Religions

What Happens Once We Die?

Is There Life After Death?

We all have our own opinions about what will happen to us after we die.

Will we be reincarnated? Will we go to some mystical place, such as heaven? Will we be punished for the harm we caused while living, winding up in the fiery pits of hell? Are we destined to live eternity rotting away in our graves?

Many of our beliefs regarding life after death are instilled in us depending on our faith. Others form their beliefs based off of experiences while living, or while watching someone they love pass away.

Most of us hope that death isn't the end of the road, but that is all we can do, hope.

Do You Believe in Heaven?

The Christian View of Life After Death

Heaven, according the Christian faith, is a wonderful place where we are freed from our sins, our suffering and our pain. Hell, on the other hand, is a fiery place filled with judgement and punishment.

Some followers of the Christian faith interpret the imagery of fire that is depicted in the bible literally - believing that those who end up in hell will experience the sensation of burning for all of eternity. Other Christians believe that the fire is simply a symbolic way of communicating severe punishment.

Different Beliefs of After Life Among the Christian Sects

Or Do You Believe in Hell?

Islamic View of Life After Death

The Islamic faith teaches that there is one God, known as Allah, and that the angels reside in heaven with a loving creator. They believe in a Judgement Day, when all people will be judged for their actions on earth.

Those who live a life a faith are rewarded by eternal life in heaven, known as paradise. Paradise is a physical, as well as spiritual place where followers get to enjoy eternity in the presence of a loving creator. Sinners are doomed to burn for eternity in the fiery pits of hell.

What Happens When We Die?

What the Hindu Faith Teaches About the After Life

Those who follow the Hindu faith are believers in reincarnation of the soul. While the body is temporary, the soul is eternal. According to the Hindu faith, death is not the end, but merely a cyclical process where the soul continues to become reincarneted until it is prepared for liberation.

Every time the soul is reincarnated, it gives the person a chance to learn from past experiences and avoid mistakes made in a past life. According to Hindu text, a liberated soul is forever free and untainted - even during the end of one world and the start of a new cycle of creation.

What Life Waits for Us Once we Die? 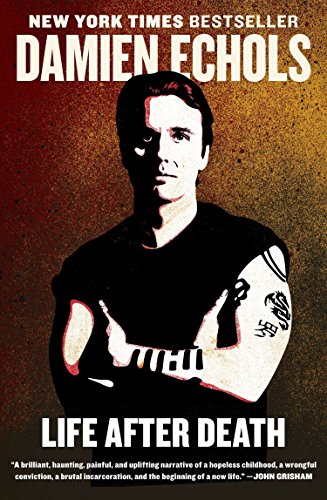 The Buddhist View of Life After Death

Buddhist teachings emphasize reincarnation - a continuous cycle where the soul leaves the body upon death, only to be reborn again in another form. This cycle of reincarnation allows the soul to continue improving upon itself, learning from mistakes made in prior lives.

The ultimate salvation for the Buddhist is known as Nirvana - a liberation from wordly cravings and the extinction of life on earth. Unlike Hindu followers, Buddhist followers don't believe in eternal souls.

Instead of eternal souls, individuals consist of a "bundle" of habits, memories, sensations, desires, and so forth. When combined together, this bundle deludes one into thinking that he or she consists of a stable, lasting self.

Following death, the spirit goes through a process known as bardos, after which it either enters nirvana or returns to earth.

Do you believe that anything happens to us after we die?

Heaven and Hell in the Jewish Faith

Jewish sacred texts and literature have little to say about what happens after death. Although the views of the afterlife are highly speculative among the Jewish faith, followers of Judaism do believe that the soul does not die along with the body.

Most Jewish followers believe that heaven is a place where souls go to reunite with loved ones, and that hell is eternal damnation - punishment for a life that lacks faith. Other followers of Judaism believe that death is when we return to the ground, from which they came.

"From ashes to ashes, dust to dust." Today however, most traditional Jewish movements accept the concept of the resurrection of the dead.

What Atheists Say About the Afterlife

Atheists have turned disbelief of a divine Creator into a belief system in itself. For the atheist or agnostic, science has become a religion in the sense that it is practiced by its followers who accept nothing else unless it adheres to conventional science as we know it today.

Atheism challenges religious and faith based systems. Most atheists believe that life ends when the body passes on, and that there is no such place as heaven or hell.