Haunted Navy Ships And Brains In Puget Sound - What Is The Bremerton Experiment?

We answer the HubPages Question: "Are the people of Bremerton and the ground itself an experiment by the Navy/Government?" - asked by candy18x37

Begun in 2014 - 2015, this brain bank is a repository for brain tissue from US Military Veterans who have suffered Post Traumatic Stress Disorder.

This information is a bit eerie to learn in itself, but the Bremerton Experiment included military work related to nightmares incurred during bouts of overall PTSD symptoms. Now, the United States has a collection of brains and brain tissues of the people who suffered these nightmares.

US Navy sailor Richard Fournier was hit in the head and robbed by three US Marines in Hawaii and suffered a long list of bad results. He was the first to donate his brain to the National PTSD Brain Bank (Reference: National Center for PTSD).

The VA should go to DoD to demand that they … give soldiers the opportunity to make a decision when they come into the Army to go ahead and offer their brains up, should they die. -- General Peter Chiarelli, US Army (retired) 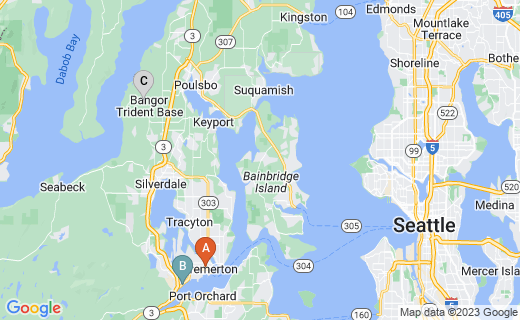 The VA's new PTSD brain bank and the Defense Department's brain tissue repository at the Uniformed Services University of the Health Sciences are dedicated to studying neurological diseases common in troops and veterans, including concussion, amyotrophic lateral sclerosis, Parkinson’s and epilepsy, as well as psychiatric disorders. 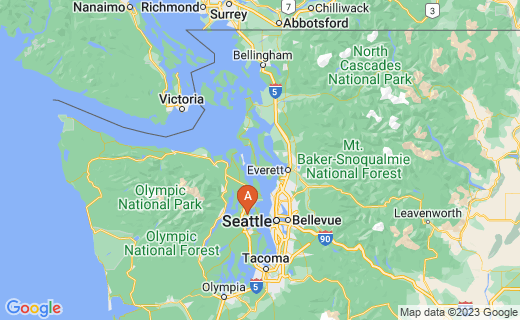 Bremerton lies west of Seattle on a peninsula which seems to be home to several government and/or military operations. This circumstance alone could create an aura of "difference" about the area, compared to a big city like Seattle that is full of private businesses. But - are human experiments conducted around the Kitsap Peninsula? If so, are they unannounced and involving residents?

Background and Possibilities and A Real Experiment

Bremerton WA, east of Interstate-5 at Seattle, is a ferry port that I have used when I visit the Pacific Northwest.This area of North America is fascinating in hits aboriginal histories and those of early settlers.

The initial iterations of the US Armed Services at the time of the Revolutionary War seemed interested in the Bremerton Area as well, for military installations and transportation by sea. Military interest occurred so early in US history that pubic opinion from the 1790s - 2010s sometimes included beliefs that Bremerton was a US Navy experiment of some sort.

Located just west of Route 3, Bremerton is an interesting town with First Nations/Native American histories. In 2005, a 26-foot tall carved cedar pole was installed at the gateway bridge area connecting Manette and East Bremerton. It was produced by a master carver of the Makah people, the artist Frank Smith.Crownhill Elementary School features a totem (power animal) pole carved with help of a qualified artist in the 1970s.

The Port Gamble S'Klallam Tribe is located nearby on the northern tip of Kitsap Peninsula and they, too, feature totem poles. The nearby Suquamish Nation began replacement of an old carved cedar pole used for the 1962 World's Fair -- In the early 2000s, they were looking for more authentic craftsmanship as well a replacement for the rotting pole (reference: North Kitsap Herald, 4/6/2002). A few other totem poles may be found in and near Bremerton, lending a sort of mystic quality, especially to tourists.

At least 200 astronomers ventured to Bremerton during the week of August 17, 2015 in order to study and film material regarding "dark matter." The city has also been the site of a Big Foot Conference in 2015. L. Ron Hubbard went to high school here and wrote his first Scientology works here. Plenty of odd and mysterious studies occur in Bremerton, Washington.

The US Army Surveys Bremerton After the Revolutionary War

The early US Army scouted out Bremerton and its surrounds in the 1790s and in1841, but nothing in the realm of a fort or base took shape until after Washington's statehood in 1889.

Lieutenant A.B. Wyckoff, US Navy, bought about 200 acres of waterfront property from the local Bremer Family near Sinclair Inlet and named it Point Turner (see map below). This area became the initial gateway to the Puget Sound Navy Yard.

A retired ship, the USS Turner Joy, is a haunted tourist attraction at present, giving credence to rumors that Bremerton as a whole may be a US Navy Experiment. Bremerton does seem to have begun as a US Navy city, in the way that the American railroad barons started cities to house rail workers and themselves, followed by tourists. However, whenever government is involved, a shade of the macabre, UFOs, and eerie experiments arises.

NOTE: The USS Turner Joy's administration decided to borrow from the Philadelphia Experiment for its Haunted Ship: "Bremerton Experiment" during the last week of October every year.

However, there is a real experiment happening in Bremerton, conducted by the US MIlitary to use the concepts of the film INCEPTION to help US Veterans to reduce symptoms and anguish of PTSD, Post Traumatic Stress Disorder. Read more about this further below. 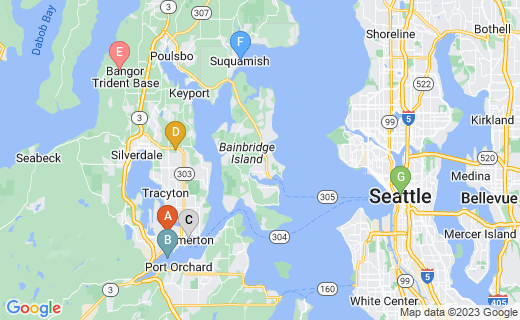 The Kitsap Peninsula that is home to Kitsap County and Bremerton, its largest city, was explored in 1792 by George Vancouver as he sailed through the Pacific Northwest and Puget Sound. French, Russians, and even Spanish explorers attempting to settle more of :New Spain" had been in the region, but had not reached Kitsap Peninsula.

Vancouver Island, Vancouver Washington, and Vancouver BC are all named for George Vancouver, who discovered that Indigenous Peoples were carving cedar storytelling poles and had been doing so for centuries.

Kitsap County was established in 1857. In 1867 during Civil War Reconstruction, the US Army Corps of Engineers visited the county to look for land for military use. The military seemed determined to establish itself in Bremerton.

Bremerton, incorporated in 1891 (When the US Navy presence took hold) became official home to Puget Sound Naval Shipyard 1901. It also support the US Naval Hospital of Bremerton and the Bremerton Annex of the Naval Base at Kitsap, as well as the former Submarine Base Bangor, which was absorbed. Here's the interesting part:

Four nuclear shipyards, two nuclear weapon facilities, and the largest US military fuel depot are all located in Bremerton. Observations that people in Bremerton act differently than other people might be connected to radioactivity, in the minds of some onlookers.

In World War I, the Puget Sound Navy Yard built and launched a lot of various types of ships and submarines. During World War II, it became more of a repair depot for US and Allied ships.

Puget Sound Naval Shipyard (renamed after WWII) had the mission of modernizing aircraft carrier ships. In the years of the Korean Conflict, it was a site for ship activation and launch. In the late 1950s it embarked on a mission that culminated in the USS SCULPIN (SSN 590), the first nuclear powered submarine built at this shipyard in 1965.

At the same time, USSR was experiencing difficulties with its nuclear subs, like K-19. The film of the same name suggests that Soviet nuclear subs from this period are still sunk in the sea near St. Petersburg, leaking radiation. A nuclear recycling program began in the US however, In 1990.

Bremerton's Shipyard’s takes on inactivation, reactor compartment disposal, and recycling of nuclaer powered ships.In fact, the US Navy states that is is world's only organization to design, build, operate, and recycle nuclear powered ships.

The Navy and Puget Sound

The US Army has developed a concept they call Power Dreaming that will be put to use beginning in 2012.

It seems to be a little like our concept of Lucid Dreaming, in which a person may, to an extent, plan out dreams before sleep and to remain aware of dreaming during sleep and even taking control of the storyline and actions in the dream. However, Power Dreaming is stronger and seen an one answer to Post Traumatic Stress suffered in battle, more recently Afghanistan and Iraq. Vietnam Era Veterans I know could surely use it.

Power Dreaming makes use of virtual reality and 3D goggles when a veteran cannot sleep as a result of nightmares. In the virtual reality, digital images of the veteran's friends (ala Second Life) help him fight whatever the nightmare entails and helps him beat it. This may prove much more effective than Lucid Dreaming.

It is hoped that "good dreams" can be recorded and downloaded to flash drives for laptops for veterans to use as an alternative to 3D goggles. Security needs to be strong in order to prevent the stealing of dreams.

Post Traumatic Stress Syndrome is a serious problem that can affect military personnel, people involved in accidents, and victims of abuse. The symptoms involve a wide range of perceptions that are not pleasant, including fear, agitation, reliving past traumatic events, and several others.

All of this can seem weird and even paranormal to an onlooker. It is strange to some of its sufferers as well. Research at Bremerton may help to end this malady.

Here is an Autumn 2004 update to the meta-analysis formerly provided at:

Puget Sound Naval Shipyard and Intermediate Maintenance Facility is the Pacific Northwest's largest Naval shore installation. Moreover, the Navy complex in Bremerton makes up the largest employer, by employee count, in the City of Bremerton's 39,000 people (2011) and has always been the largest such company. The military activities generate significant amounts of hazardous waste materials, including asbestos and nuclear wastes.

In May 2010, the Yosemite EPA reported that

Hazardous wastes affect Bremerton Area groundwater, soil, sludges & sediments. What was found included petroleum hydrocarbons, heavy metals, semi-volatile organic compounds and polychlorinated biphenyls. The most important dangers were listed as those toward tribal fisherman, local marine life, and recreational users of Sinclair Inlet. Construction wastes may add to all this. Cleanup efforts have been underway since 1996 and are reportedly progressing well in 2011.

Are People In Bremerton Acting Differently?

This is a good question and may not have a concrete answer.

Feel Free to Add Your Stories About Bremerton