The Legend of the Sorcerer's Stone, Nuummite and It's Crystal Healing Properties

I am a massage therapist with 15 years of experience. I am especially interested in crystals, energy healing, numerology, and wellness.

A guide to Nuummite, nicknamed sorcerer's stone which may or may not have inspired the stone in the popular Harry Potter Book, The Sorcerer's Stone or Philosophers Stone in the United Kingdom.

Here we will discuss:

The name Nuummite which means "derived from Nuuk" in Greenlandic, was given to the rock type which was found near Nuuk, by the town council of Nuuk.

Fact and Fiction of Nuummite

The sorcerer's stone, a completely fictional stone from the Harry Potter books, creates the elixir of life, extending the drinker's lifespan and also transforms metal into pure gold. Since it was only a fictional stone, Harry Potter replica's are made of resin in a ruby red color and is somewhat translucent. Harry Potter fans can own a piece of the story to remember and have it displayed in its only golden display case.

However, if you came here looking for the real sorcerer's stone you would be seeking this stone, Nuummite. It doesn't exactly create the elixir of life or extend its owners lifespan however it is a very powerful stone that's been around 3 billion years. To find the birthplace of this mysterious stone we would have to travel all the way to Greenland to the capital and largest town of Greenland called Nuuk.

Where Is Nuuk, Greenland? 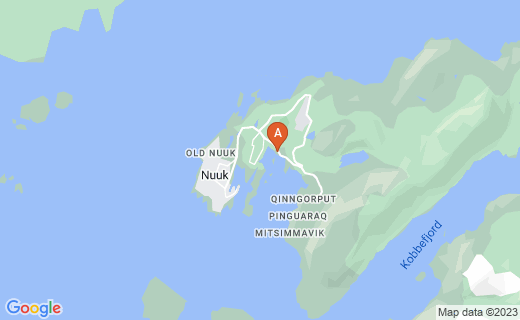 The name Nuummite which means "derived from Nuuk" in Greenlandic, was given to the rock type which was found near Nuuk, by the town council of Nuuk. What is the Legend of The Stone, Nuummite and Alchemy

For centuries, the most sought-after goal in alchemy was to turn metal into pure gold and also to achieve immortality. With such mythology, you can see why it was of great importance and inspiration of the works of J.K. Rowling in the Harry Potter series.

Nuummite is found in an area slightly north of Nuuk, Greenland accessible only by boat. The area where Nuummite occurs is in the so-called 'Isuakasia' iron ore region, the origin of which dates back almost four billion years. Nuummite has been used rather widely for untold centuries as beads and ornamental stones. The locality is high in the mountains and requires lugging heavy mining equipment up to retrieve the best specimens. These areas produce some of the oldest stones found on earth, and Nuummite falls into this category. Geologically speaking, nuumite is of volcanic origin and was formed about 3 billion years ago.

What Are The Uses and Purposes of Nuummite for Crystal Healing?

Stones with elemental magic should be used respectfully and always be taken seriously. The right intent is key. Any harmful intent may be rebound upon the user.

My Personal Experiences with Nuummite

My first piece of Nuummite was a pendant. I had recently begun seeing synchronicities in my life especially 11:11 on the clock or in my change at stores, but after wearing for only a day or two I was seeing synchronities everywhere. In fact it happened so frequently I felt as if I were being pranked. My psychic awareness was gentle and not at all overwhelming but at the same time on overdrive if that makes sense. I felt in full control but I also felt no limits. There are limits of course but as I began feeling the heightened senses that Nuummite seems to provide I also was starting to feel rather super hero like.

Soon after receiving and wearing the pendant things began to happen like impromtu psychic readings at the dinner table with friends. I also predicted a huge layoff at the construction job I was working at. After the layoff I felt that it was a bit much knowing so much before hand and gave it a long break.

I've only since used it in my crystal grids but do plan to try making some crystal healing elixirs with it real soon.