Shaloo Walia is an astrologer and tarot reader. She is an Art of Living teacher and also an ardent Krishna devotee and a follower of ISKCON.

What makes you angry? People react differently when they are angry. Some scream and shout to express their anger. Some bottle up their anger inside like a simmering volcano which can erupt anytime. Some distance themselves in order to avoid confrontation. Some don’t express or show their anger but become sad/ depressed instead. Some hold grudges while some flare up like gasoline on fire and then forget and move on.

Zodiac signs depict the personalities of individuals and can also tell us broadly what angers people of a particular zodiac sign. Knowing what angers each zodiac sign can help us in maintaining a healthy relationship with them, be it personal or professional.

This is a volatile sign and these people are angered even at the slightest provocation. Their anger most of the times represent their silly temper tantrums. When they are upset, they will lash out with cutting words but their anger doesn’t last long. They don’t hold grudges. If one is able to patiently distract them, they will get back to normal quickly and forget all about it.

Taureans don’t get angry easily but once done, there’s no stopping. It’s best to stay away from them when they are angry. It’s best to leave an angry Taurus alone to process his/her feelings.

Geminis are generally adaptable. When angry, they often imagine trouble when there is none. When angered, they resort to yelling and serious arguments. Patience is needed in dealing with an angry Gemini.

Cancer is the most emotional of all signs. They are deeply attached to their loved ones. They work themselves up if they feel neglected or ignored. They are not easily angered but are prone to emotional outbursts which will end in lot of tears.Once they are angry or upset, it takes a long to talk them down. 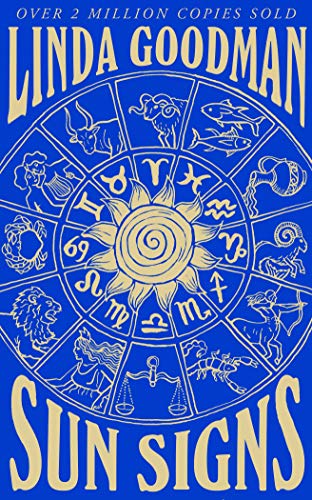 Linda Goodmans Sun Signs
I got this book as a gift when I was in school. The descriptions of various sun signs so accurately matched that of my friends that it became a kind of reference book for me in dealing with various people. This is the book which ignited in me a love for astrology.
Buy Now

Leos are quick to anger.They get angry when things don’t go their way or if their pride is injured.Though calm but if angered, they can be fierce like a lion.They cool down as quickly as they flare up. It’s best to let them be until they calm down.

Virgos are generally patient and not easily angered. But they are often misunderstood and this builds up a frustration which can trigger their ferocious temper. They take their aggression out on friends or they end up hurting themselves in anger.

Libra is the calmest of all zodiac signs. They are slow to anger but when they do have negative feelings, they tend to repress them. They generally keep their anger secret.They hold a grudge for a long time until it boils all over.

Do you recognize the instinct

in me, fellow scorpion?

— Kiera Woodhull, Chaos of the Mind

Scorpios are incredibly stubborn and mean-spirited, especially when their buttons are pushed. They are unforgiving and seek revenge when angry. They lash out when angry and don't think before saying cruel things. It’s best to stay out of their way when they are angry.

Sagittarians have one of the calmest personalities of all the signs. They don’t display their anger most of the times. But when anger is uncontrollable, they will be confused how to react and tend to become depressed & withdrawn. It’s best to talk to them about what’s bothering them.

Capricorn is another sign driven by pride.This no-nonsense sign won’t spare their friends even when they are angry. When upset, they isolate themselves and bury themselves in work to avoid their feelings. When they are distant and withdrawn, don’t try to joke with them to cheer them up as this may make them close up even more.

Aquarius is another sunny and upbeat sign. They are not riled easily but when angry, they make full use of their razor sharp tongue and indifferent attitude.

When Pisces go to war, there’s never a shortage of broken hearts.

Pisceans are easily offended. They latch onto negative thoughts and amplify them in their heads.Their anger is followed by tantrums and sulkiness. The best way to help them get through their anger is by distracting them from rehashing their experiences.