What's wrong with being an agnostic?

Do you believe in God? (or other deity)

I don’t need a God to be able to lead a ‘Christian’ life. 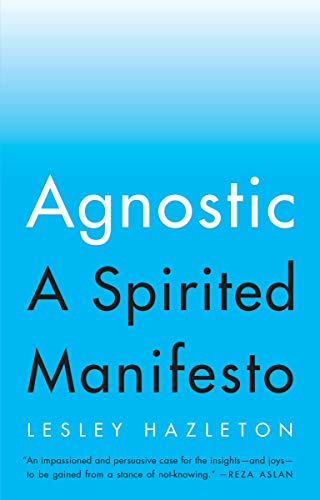 Religion, to an agnostic, perhaps doesn’t make sense because it requires a leap of faith that is not based on fact or truth.

My name is Simon and I’m an agnostic.

What is an agnostic?

Firstly, many people think agnostics do not believe in God, and that is incorrect – an atheist is someone who does not believe in God. Agnostics believe in what they see or perceive. An agnostic is a person who says that there is no true way of knowing whether a God (or Gods) exist but they do not deny that God might exist.

There are evil people in all walks of life, be them Christian, Catholic, Muslim, Jewish or Buddhist, so there are some evil agnostics, however most agnostics are not evil and most lead a very ‘Christian’ life. Just because I do not believe in a God doesn’t mean that I cannot be a good person who leads a wholesome and charitable life, and follows many of the tenets set up by the World’s religions. I can still help someone in need, I can still be kind, I can still love my neighbor, not commit adultery etc - I don’t need a God to be able to lead a ‘Christian’ life.

There is nothing wrong with religion, and billions of people are perfectly happy to follow the doctrines of their religion. While some extremists will use religion and cause ‘terror’ in the name of their God, the majority of religious people are peace-loving.

Religion, to an agnostic, perhaps doesn’t make sense because it requires a leap of faith that is not based on fact or truth, but based on a belief system that cannot be proven – this doesn’t mean that religion is fake or wrong, it just isn’t ‘provable’ for the typical agnostic.

As I look around the world and see a lot of damage that religion does, I often wonder how people’s faith can be so strong – but then I look around and see the good that religious people do and realize that the good far outweighs the damage, it just doesn’t make headlines.

I do note that many religious people will argue that much of their religion is based on historic fact – but as someone is logical, and analytical, I cannot believe much of the religious history; while I’m sure there are some truths in the history, I feel that much of history has been manipulated – whether it’s for religious purposes or to make things look better (remember, in War the winners write the history). – you obviously have the right to disagree!

Why an agnostic and not an atheist? Well, I do believe there is something more powerful to use (see my philosophy below) that encompasses the human soul and makes it greater than the individual; I do not believe it is an all powerful being though, but do believe there is something that could be interpreted as a God like being – OK being a bit geekish here, Q from Star Trek would seem like a God to mankind.

I’d love to be able to say I truly believe in God, but that would be a lie, not only to God, but also to me. The only religion that perhaps encapsulates something of my beliefs is Buddhism, but Buddha isn’t a God, but just an enlightened man.

I truly hope that I am wrong; I’d love to believe that there is a benevolent God watching over mankind, waiting for us in Heaven as we ascend from this ‘hell on earth’ – I understand that the concept does give a lot of people hope and comfort.

I also hope that God will not hold me accountable for not believing if I end up in front of the Pearly Gates – if I were to have a God, he would be a God who doesn’t care if I believe or not, but judges me on how I lived my life and treated others.

I should point out that this is a philosophy of mine and not a belief – it’s the way I’d organize a Universe if I was in charge! I still am skeptical about even my own belief as there is no fact to prove it one way or the other – there are isolated incidents of ‘reincarnation’ and of knowledge of things people should not know about, but again these do not prove my philosophy beyond doubt and therefore I cannot believe until it is proven!

I like to believe there is a ‘soul’ of the universe. This soul is vast and timeless, and thoroughly inquisitive. To learn, it takes parts of its soul and sends them out into the universe to experience, to learn, to live, to die – these ‘parts’ essentially are the souls that are humanity, animals, plants or any other life form we are yet to encounter.

We are like a collective, and when we die we go back to this ‘soul’ and pass on what we have learned – this is a continual cycle and we could have thousands or millions of lives as time goes by. It’s a form of reincarnation in a way, but I tend to think of us as being one soul in billions of parts.

I just believe that the ‘soul’ is so far more enlightened than we are that we cannot comprehend the thoughts, intelligence and scope of it and thus it becomes God-like to us.

One question I cannot answer of course is the ubiquitous question about the origins of the ‘soul’ or the Universe or Time. Are there multiple souls? Probably – the Universe are so vast, that this ‘soul’ could simply be one of many ‘souls’ in the Universe.