A Deadly Sin: The Sin of Gluttony

Gabriel loves a gin and tonic and makes no excuses when it comes to the perfect G&T.

Heavy on The Miracle Whip Harry!

If I don't barf looking at all these greasy fattening food pics, I'll finish this hub pretty quick, not because I need a take out! No, my double meat feast cheese stuffed crust pizza is already in the oven.

Gluttony to all us mere mortals is in fact a Latin word ie gluttire. Meaning to swallow or gulp food or drink in an indulgent manner to the point of waste. Consuming large quantities of food, drink and other intoxicants to excess.

I'll explain in simpler terms. Gluttony is stuffing your face beyond any aspect of being hungry. Admittedly some cultures see excess as a vice while others see it as a sign of status. My cup cake is bigger than your cup cake! Hence, I'm better than you are!

The true form of gluttony falls under a few headings. Across the board there are a few slight differences but ultimately, the focus here is:

A Vile Sense of Taste:

A phrase used to describe those that often seek delicacies and better quality foods, rather than those readily available. The Israelites escaping Egypt where more concerned about their bellies and they're love of garlic, onions and melons (to name a few) and asked God to help them out, so was their concern over their palates. With all the trouble they were facing you'd think food was the least of their worries.

Obesity is a medical condition. Resulting in excessive body fat that has accumulated to the extent of causing an adverse effect on health. Increases in various diseases: heart; diabetes; cancer and osteoarthritis. A direct result of eating too much. Far more than the body needs to function. In other words a direct reaction to long term gluttony. If you do suffer from obesity see your GP for guidance before you embark on any radical changes to your life style. The best of luck to you.

I've ordered. What do you want?

We all Have a Weakness

We all succumb to our favorite fried foods every now and then. Of course we do! Ok some of us more than others of us.

The delightful pleasure of greasy food passing our lips is too great to resist! Admittedly the staying on our hips bit is not quite so delightful. Such is life.

Those fast food chippies and numerous take out joints don't stay open all night because the guys working in them don't have satellite TV. Nooooo. They have customers.

Fast food is worth millions of dosh because millions of people eat it. We put on the pounds while they make the pounds. Oh the joy.

There is nothing wrong with the odd bag of chips, a hot dog here and there or a cheeseburger as a treat. However, is dinner at 8pm followed by a greasy stomach clincher at 10pm gluttony? Is your late night stroll after a good dinner really an excuse to gorge on fried onion rings and battered burgers from the local chippy? Is nipping out for a curry after a plate of bolognese the norm?

If the thoughts of sharing your pizza causes you to break out in spots, your chocolate stash is under lock and key and take out is your usual supper? It may be time to admit it: you and gluttony are far too well acquainted. Might be time to distance your friendship.

A Tale of Gluttony:

The 27th president Big Bill aka William Howard Taft loved his grub. In fact Big Bill loved his food so much his 6ft 2 frame weighed in at more than 300 lbs.

After a particular captivating experience Big Bill redecorated the white house bathroom (he got stuck in the bathtub). There's worse places to get stuck I suppose.

The new tub was so large it could hold 4 large adults easily at the same time. I'm not spreading rumors, I'm strictly speaking measurements here!

That'll do for Starters...

When gluttony is a killer: Get help and change your life with the help of this compassionate guide to breaking the mould of over eating... 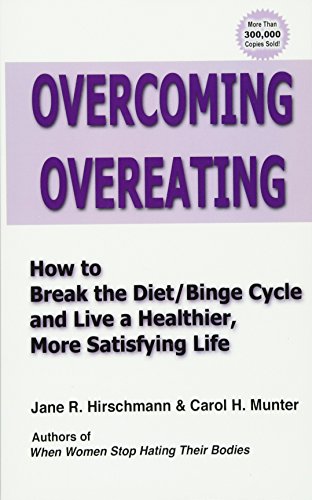 Encolpius and his buddies along with Agamemon were invited to a dinner party at Trimalchio's magnificent home. The party started at the bathing baths as they often did in those times. After a few canapés and cocktails it was off to the main banquet.

Trimalchio was quite the show off and had very elaborate tastes. He was a superb dinner party host. He adored extravagance so much so his parties were know far and wide for the magnificent and deliciously prepared foods he shared with his guests. This particular party represented (food wise) the 12 gods or as other sources claim the 12 signs of the zodiac.

The amazing courses flowed with abundance. Dishes of ram, bull, lobster and scorpion to name a few exotic meats got the ole juices flowing. No doubt an abundance of alcohol was also served.

If you'd like to know more about this play boy and his party antics look up the title "Trimalchio's Dinner". He's a famous fella when it comes to throwing a party with style. Gluttony and this chap are firm buddies and regularly meet up.

I can't begin to think what a Roman banquette would have been like. The thoughts of the different aromas alone are enough to send me running to find my own allocated space.

Get Informed: This book looks at obesity from a different perspective and involves a 5 step plan to help you lose weight and gain control...

There is a lesson amid all these stories. Gluttony is an irresponsible approach to food and drink that triggers all kinds of other unhealthy attributes that we so easily try to defend, knowing we are flogging a dead horse (metaphor). We need to appreciate who we are and what we mean to those that love us, or possibly more importantly what we mean to ourselves.

A quote with deep meaning, during times when tomorrow was but a dream. Another day was only a possibility of another sunrise. Another sunset was the only thing in the fore minds behind the strength of fighting soldiers. To dream of something that was at least possible. Knowing their families faces were mere memories and fighting for their king was an inevitable death.

Are you a glutton? If you are, what's your excuse ?

Is over eating a sin, should gluttons be punished?