Exodus 32-Why Did The Israelites Worship The Golden Calf?

Why Did The Israelites Worship The Golden Calf?

While reading in the Book of Exodus recently, I came upon Exodus 32, "The Golden Calf". The account of the ancient Israelites rebelling against God and worshipping the Golden Calf is a story that many people are familiar with, but as I was reading I thought to myself, why did the Israelites decide on a gold cow to be their god? There must be some significance to a cow in particular that resonated with the Israelites at that time. I also wondered why the Israelites lost faith so quickly that they needed an idol to worship? In Exodus 7-11, the Israelites stood by in awe as God unleashed overpowering plagues on Egypt in an attempt to persuade Pharaoh to let His people go free. Then in Exodus 14, God parted the Red Sea to allow His people safe passage to the land He promised them. And they STILL lost faith! It's easy to say that if I were in their shoes watching rivers turn to blood, locusts covering the land and the ocean splitting in two, I would not lose faith in the God who was fighting for me, but maybe there is a reason for their unbelief. Maybe there is a message we can learn from these events about human nature and our inability to keep faith even when the proof of God's existence is right before our eyes. In this post, I will be exploring the questions of why the Israelites had such a hard time keeping faith, and why they chose a golden cow to be their god.

The Adoration of the Golden Calf by Nicolas Poussin 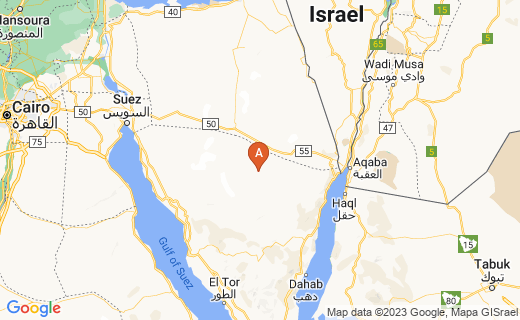 Before we get into the specifics of the Golden Calf and why the Israelites were led to this moment of rebellion, we need to take a brief look into the events surrounding the Israelites at the time preceding this event. In Exodus 20, God gives Moses the 10 Commandments, the law in which all men were to be judged and governed. Preceding the unveiling of the 10 Commandments, God led Moses and the Israelites out of Egypt by parting the Red Sea, and brought them into the wilderness where He provided daily manna, quail and water, as well as a hope for a brighter future. The morale was very high with the Israelites at this time. In fact, in Exodus 24:3, after God established the 10 Commandments, ordinances for the people and sundry laws, "...all the people answered with one voice and said, 'All the words which the Lord has spoken we will do!'"(NASB)

Now, if you read the 10 commandments in the picture below, commandments 1 and 2 are about to be broken by the Israelites very quickly.

The Emergence Of The Golden Calf-Exodus 32

How long did it take the Israelites to break the first 2 commandments? Pretty quick! In the New American Standard Bible (NASB), the first 2 commandments (Exodus 20:3-6) are stated as follows, "...(1)You shall have no other gods before Me. (2) You shall not make for yourself an idol, or any likeness of what is in heaven above or on the earth beneath or in the water under the earth. You shall not worship them or serve them; for I, the Lord your God, am a jealous God, visiting the iniquity of the fathers on the children, on the third and the fourth generations of those who hate Me, but showing lovingkindness to thousands, to those who love Me and keep My commandments."

All 10 commandments are important to God, but He reemphasized the first 2 commandments to Moses in Exodus 20:22-23, probably because He knew what was about to happen.

"Then the Lord said to Moses, 'Thus you shall say to the sons of Israel, You yourselves have seen that I have spoken to you from heaven. You shall not make other gods besides Me; gods of silver or gods of gold, you shall not make for yourselves." -Exodus 20:22-23 (NASB)

Now we fast forward to Exodus 32. Moses had been on the top of Mount Sinai for a period of time, learning the laws and decrees from God, and the people started to become restless. The Israelites came to Aaron and demanded that he make for them an idol to worship as their God. They had quickly lost faith in their leader Moses who led them out of Egypt, and most importantly, lost faith in the God who performed the great miracles to defeat Pharaoh.

Aaron caved to the pressure of the people, and asked them all to give him their possessions that were made of gold so he could melt it down and create an idol. Exodus 32:4 says, "he took this from their hand, and fashioned it with a graving tool and made it into a molten calf: and they said, 'This is your god, O Israel, who brought you up from the land of Egypt.'"

(Exodus 20:3-6) "...(1)You shall have no other gods before Me. (2) You shall not make for yourself an idol, or any likeness of what is in heaven above or on the earth beneath or in the water under the earth. You shall not worship them or serve them; for I, the Lord your God, am a jealous God, visiting the iniquity of the fathers on the children, on the third and the fourth generations of those who hate Me, but showing lovingkindness to thousands, to those who love Me and keep My commandments."

One of the big questions I had when reading Exodus 32 was, "why did the Israelites think that a golden baby cow was a good choice to be their god?" To find the answer to this question, I did some investigating into the Egyptian gods of the time and sure enough, a golden cow was a prominent god in Egypt during the time of the Exodus.

Based on the article by Walter Reinhold Warttig Mattfeld y de la Torre, titled The Egyptian Origins of Israel's Golden Calf Worship in the Sinai, he states,

"I have established that the ONLY god specifically called a "GOLDEN CALF" by the ancient Egyptians in their writings is Pharaoh in the Old Kingdom Pyramid Texts (these texts exist into later New Kingdom times in reworked formats). In these texts Pharaoh calls himself a "Golden Calf," born of heaven, who wishes to be allowed to board the sacred solar bark or boat which carries the Sun god each day across the heavens."

Mattfield also finds that the Egyptian god Hathor, a sky cow goddess, gives birth to a calf in the morning which personifies the rising sun, the calf becomes a bull at noon, and at sunset the bull impregnates the mother, so it can be born again in the morning.

Based on the Israelites familiarity with Egyptian culture, in a moment of fear and uncertainty about the leader (Moses) and God who brought them out of Egypt and into the wilderness, they naturally turned to something they were told in their old life was a god. Whether the golden calf designed by Aaron was based on Hathor or Pharaoh, it was something that the Israelites recognized as powerful and something to be worshipped.

Although it is a distortion of biblical truth, it is interesting that Pharaoh being considered the "golden calf" mirrors somewhat the life of Jesus Christ. In ancient Egypt, Pharaoh was considered a god, so the idea that he was born of a goddess (Hathor) and progressed in power and strength through the day, only to be born again in the morning is a slight parallel to Jesus. Consider Jesus Christ was born of a virgin (Mary), lived a sinless life, gained power and authority by God and the Holy Spirit through His life, attracted many followers, was loved and revered by thousands, was killed on the cross and came back to life 3 days later is a similar life arc to the one Pharaoh aspired to as the "Golden Calf" in ancient Egypt. The reason the Golden Calf was a violation of the 10 Commandments and considered idol worship by God, is because it was plainly just that...idol worship and taking a different god before Him. But, it was also a violation due to its distortion of the life of Jesus Christ, the savior of the world, who wouldn't even be born for thousands of more years.

Moses Smashing The Tablets Of The Law

Why Did The Israelites Lose Faith?

It's hard to say why the Israelites lost faith in Exodus 32. They had just witnessed the power of God unleashed on Egypt in such a powerful way that there was no way they could forget or deny what they had seen. But Moses had been gone for a while, and they hadn't seen God perform any miracles on the scale that they had recently witnessed.

I think the point we can take away from Exodus 32, is that there are times in our lives when God's presence will be so powerful and palpable, that we cannot deny it is Him who is working on our behalf. But there will also be times when God seems more distant. It's not because He has left us, it's because there are times that He wants us to pursue Him even when we can't see what he is doing. Would it benefit our children to keep the training wheels on their bicycles their entire lives, or should we take them off, let go of the back of their seat, and let them ride on their own? How will our children grow and prosper if we do everything for them all the time? In the same way, God separated Himself from the Israelites for a time because He wanted them to grow and He wanted them to pursue Him without His presence overpowering them constantly.

Hebrews 11:1 says, "Now faith is the assurance of things hoped for, the conviction of things not seen." God wanted the Israelites to have faith in Him, and He wants us to have faith in Him too. Sometimes God's presence will be so powerful in our lives that it will be impossible to deny His existence and the love He has for us. Other times, His presence may not feel as strong. It's in these moments that we cannot find for ourselves other gods or other "golden calves" to worship. "Golden Calves" like material possessions, money, immoral acts, and other distractions that separate us from God. It's in these moments when we must press in further and pursue Him more, because when we do, we will truly experience His love and peace, and we will enter His rest. As Hebrews 4:3 says, "For we who have believed enter that rest..." If we believe and have faith in God, we will enter His rest.