Why I Love the Wicker Man Movie, Even Though I’m Pagan

Sage is a professional writer of 14 years, and a Wiccan of 25 years. Her religious ideas and experiences often inspire her work.

Note: I speak here, of course, of the 1973 version of the cult classic horror film—not the embarrassingly bad Nicholas Cage remake in 2006. Let’s not even go there.

I have known some Pagans to call the movie “The Wicker Man” one of the most offensive movies they have ever seen. It seems indeed like the film makers piled on every negative stereotype of Pagans they could dig up – oversexed, immoral, fanatical, and just plain ‘evil’.

I don’t deny it exploits every vicious stereotype about Pagans found in history. And yet, I have a love for the cult classic, despite the stereotyping. I have a tradition of watching it every Beltane season and (for the most part) the film warms my heart.

Surprised? Allow me to share with you why I love Robin Hardy’s The Wicker Man.

Spoiler Alert!!! – I discuss the film here in depth, so if you are planning to see it and don't want to know anything about the plot twists or ending, don't read this article yet!

Summary of the Film

Remember—I warned you about SPOILERS! This is your last chance to turn back.

If you’ve never seen it, or if you need a refresher, the movie opens with Sgt. Neil Howie. In the uncut versions, we see Sgt. Howie on the mainland of Scotland, where he’s shown to be both very stern and very religious. Even his co-workers poke fun at him, painting him as a 40-year-old virgin type. He receives an anonymous letter about a child who is missing on Summerisle for months, and that no one – not even the mother – is doing anything about it. A photo of the young Rowan Morrison, about age 12, is enclosed.

Sgt. Howie flies his little plane to Summerisle, which is how the cut version opens. Summerisle is an odd place indeed— a Scottish Isle in the North Sea with swaying palm trees (yes, palm trees in Scotland). It's famous for its produce that would normally not survive in such a climate.

Another odd thing about the island we discover is that the people are following an old Pagan religion. As Sgt. Howie progresses with his investigation, he witnesses couples openly having sex on lawns at night, a young boy brought to the town “priestess of Aphrodite” for his sexual rite-of-passage, people using archaic remedies (such as putting a frog in a child’s mouth to relieve a sore throat), children being taught about phallic symbols in school, and a strong belief in reincarnation. All these things seem to blow the Sgt.’s poor little Christian mind.

Sgt. Howie persists in his investigation, but no one is forthcoming. At first, everyone – including Rowan’s mother – denies having ever seen the girl. Then he’s directed to her grave, but told they don’t really see her as gone because her spirit has returned to the Earth. He then finds her grave contains a hare rather than human remains, and the townspeople continue to seem unconcerned. They also seem to be trying to get rid of the Sgt., telling him in particular that he won’t be very welcome at their upcoming May Day celebration.

Sgt. Howie does some research and becomes certain that Rowan is not dead, but is being held captive. He’s convinced the town means to sacrifice her at May Day to ensure the next year’s harvest. He tries to go get help, but his plane isn’t functioning. He searches for Rowan to no avail. Finally he infiltrates the festivities in costume.

At the end – spoiler, once more – Sgt. Howie finds out Rowan is not only alive, but in on the elaborate plot. It’s not the child who will be sacrificed, but Sgt. Howie himself. His entire visit to the island was a cleverly set trap, with all the island residents in on the conspiracy. In the final scene, the Pagans gather on the beach at sunset, singing folk ditties cheerfully as they watch the wicker man structure burn, with the “Christian copper” inside it. Sgt. Howie’s proselytizing, prayers and screams of agony can barely be heard above the sounds of their reveling. 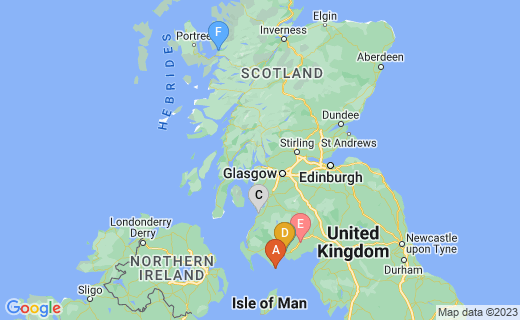 The Wicker Man: A Novel

If you are a fan of the movie, I highly recommend the book. It contains additional scenes, including some scenes filmed for the movie but lost after the dreadful editing butcher job that nearly killed this project. It fleshes out Howie's life a little more, and there's an epilogue after the final climactic scene that ended the movie.

The Simple Reason I Love the Wicker Man

The first reason I love The Wicker Man should be quite obvious—it’s a brilliant film. I’m something of a horror movie snob—I love them but I can’t stand horror movies that use gratuitous gore, sex and violence for shock value. I need a plot I can sink my teeth into. I’m not such a snob that I can’t appreciate art for art’s sake. A movie can be entertaining without making a deep and meaningful statement on a particular theme-- but I need a plot that involves more than scantily clad nymphs being chased by big, bad guys with power tools and stabbing weapons.

The performances are excellent in the original The Wicker Man. Edward Woodward’s portrayal of the prim and proper Sgt. Howie trying to keep his cool as one Pagan encounter after another baffles him. He’s both unlikable yet sympathetic at the same time, which adds complexity to what could otherwise have been a very 2-dimensional character.

Christopher Lee’s portrayal of Lord Summerisle is positively legendary. Lee was so eager to play the role in this film he did it for free, and anyone can easily see how his heart is thrown into this performance.

As a horror movie, The Wicker Man breaks with a lot of convention. It’s mostly set outdoors in daylight amid lovely scenery with rustic charm. There’s no monsters hiding in the dark waiting to pounce. It doesn’t shock you by shoving unnecessary gore in your face. The juxtaposition of the cheerful holiday festivities and ghastly murder is both chilling and exciting.

I can overlook the Pagans being villains. Someone is always the villain in fiction, it doesn't (or at least it shouldn't) reflect on the same type of people in society. Another favorite horror movie of mine -- Stephen King's Carrie -- has an evangelical Christian as the insane villain, and I find it silly to think that Christians would protest this movie. I would find it silly for men to protest The Stepford Wives for making men the villains. I find it equally silly to protest The Wicker Man because Pagans are villains.

This film is based on an actual ancient Pagan holiday that's still celebrated by NeoPagans today. You can often find Pagan gatherings if you even care to attend. Learn more about this holiday:

Wiccan Holidays: What is Beltane?

The Bigger Reason I Love the Wicker Man

The Wicker man indulges my fantasies, to some extent, about what a Pagan society might be like. I’m not saying I’d ever want to see murders and human sacrifices—of course not! And I don’t think I’d want to go so far as to see people making love in the public square (sex is great, but get a room!). But a look at life on Summerisle brings a longing in me of what I suppose in my mind is an unreachable ideal.

You see, I was raised a Christian, in a place and time where it was simply a given that everyone was Christian. I went to a Christian school, where we could openly speak on matters of faith, learn about our religious beliefs and even pray openly, communally. Holidays were communal celebrations as well. Everyone was in on it, and everyone knew it, and never was there a stronger sense of brotherhood and good will. Shop windows, such as bakeries and candy shops, featured festive displays in the windows. At Christmastime, colored lights in every window and heartfelt cheer warmed the hearts of all the neighbors. At Easter, people dressed in their finest seasonal attire and nodded to friend and stranger alike on the way to mass, egg hunts and brunches. Every child could converse about Sunday school, going to church, shows like Davey and Goliath, or what you were giving up for Lent.

In early adulthood, everything about Paganism sang to my soul; conversion was natural and without regret. There was nothing to regret, just as you don’t regret turning the car around when you realize you’ve been traveling in the wrong direction. No matter how nice a drive it was, it's not getting you anywhere. If anything, the only thing I possibly regret was not discovering my true path sooner.

But there was one aspect of being a Christian that I sorely missed—it was the communal aspect. It was being part of a greater community that shared values and traditions. I wished there were such a neighborhood where I could bring up my own children with that kind of community. The way I would chat with friends about how church was on Sunday, I wished my children could chat with their friends about last month’s esbat ritual. I wished there was that sense of togetherness on Beltane or Imbolc for my family now the way there was at Christmas and Easter when I was a child.

Instead, the mere mention of a Goddess or a holiday with most people brought on furrowed brows and questions. Sure we had Pagan friends, and we could go to be with them at times; but as for the community, the neighbors, the kids from homeschool co-op or friends down the street-- we kept our ways alone. The shops never featured displays for our holidays, the windows were barren of decorations, the television rarely showed any Pagan-themed specials.

Summerisle (minus the horror element) gave a glimpse of what living in a Pagan society might be like. I’d love to see the gorgeous, golden sun-bread loaves in the bakery windows and March hare candies on display at the local store, the neighborhood watering hole where everyone went to unwind displaying photos at the harvest festival and the entire community turning out in a mummer’s parade for Beltane. I want to sing bawdy songs with Lord Sumerisle and Miss Rose to pass the time in the evening. I wish my kids could attend a school where the kids could openly discuss the meaning of phallic symbols with the teacher, unabashedly. I wish “divinity lessons” included Pagan rituals and leaping bonfires.

To see the entire community share in those values and traditions, all with a shared base of knowledge and experience, is a fantasy of mine. And for a brief time, when watching The Wicker Man, I can dream about it. I wish I grew up on a Summerisle (again, minus the murder). I wish I could raise my kids on a Summerisle like that. And I wonder if perhaps, with the flourishing of the Pagan revival, perhaps one day there will be real life Summerisles—and maybe in another lifetime I’ll get to be part of it.