Why Superstitions Are A Way of Life in Hawaii

Most visitors who visit Hawaii do not know how superstition dominates the way of life on the islands. Many Hawaiians still hold on to their beliefs of their ancestors who once walked the land. Other residents hold on to a philosophy that was brought over from their native country. The superstitions from each culture are unique but collectively the beliefs are the same. From the "night marches" to removing lava rocks, the folklore has distinct characteristics but they bring the same result---the strong possibility of BAD LUCK.

Although religion dominates the lifestyle on the islands, the old beliefs of spiritualism are passed down from one generation to another and remains a strong presence in Hawaii life today.

What the Brady Bunch Learned

In 1972, the popular show "The Brady Bunch" featured the cast members on vacation in Hawaii and the accidental removal of an ancient tiki from an unknown burial ground. Once the artifact was in Bobby Brady's possession, a string of accidents started to occur to the Brady family. Later, the family believes the tiki is a "curse" and do the sensible thing by returning it to its proper resting place. Not surprisngly, the accidents stop occurring and they went on to enjoy the rest of their stay.

The multi-episodes of "Tiki Caves" was a hit on television then but the story about removing any artifacts or any item from the land often resulting in bad luck is not a joke to local residents in Hawaii.

Spiritualism is a part of Hawaiian culture and the respect its residents have "not to disturb the spirits" is felt everywhere. The islands have numerous unmarked graves and when human remains or bones are discovered at a construction site, by law everything must stop. Archaeologists and Burial Council Officials are called in to inspect the remains. The process may take a while until the remains are transferred to a proper burial site. 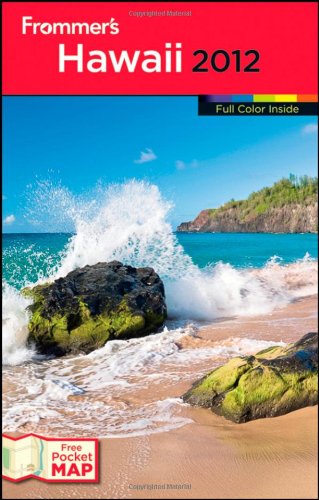 Hawaii is blessed by a diverse amount of cultures coming from all over the world. There isn't a culture--Hawaiian, Chinese, Filipino, Portuguese, Japanese, Caucasian, Samoan, and many others--that has not contributed to the folklore of superstitions in Hawaii.

Here are a few notable superstitions:

Don't take any piece of the land out of Hawaii--Just to be safe, don't take a rock or sand or pebble or shell or tree branch out of Hawaii. Most important, don't take any lava rocks or you will be subject to a curse from demigod Pele, the goddess of wind, lightning, fire, and volcanoes. Many visitors have mailed back the rocks and other items they mistakenly took home, citing a string of bad luck as the reason.

Night Marches -- There are places in Hawaii where warriors marched on their way to the battlefield. Unfortunately, many hotels and homes were built on or near the path where the soldiers marched and many visitors and residents have seen or heard warriors walking through their hotel rooms or living rooms. Some people, who reside near a battlefield, said that they heard drums beating in the distance during the night marches.

Pali Highway --- This is the place where King Kamehameha and his soldiers defeated the opposing army and pushed them over the cliff to their deaths. This is also the place where Pele and demigod Kamapua (half-man, half-pig) had a troubled relationship. The former involved a gruesome battle history of Pali has made the highway notorious for ghost sightings and strange occurrences. The latter involves a long-held belief that a driver should not carry pork in their car when driving on the highway, which will result in your car stopping or breaking down.

These 3 superstitions are the prominent Hawaiian superstition but other cultures in the islands have long-held beliefs of their own.

Even more beliefs are based on "everything comes in 3s" (a bad result will come in groups of 3), clipped hair and nails must be discarded (or else an evil spirit will take them and curse you), and growing ti leaves and a "money tree" (aka as an Octopus Tree) are to ward off evil spirits and to attain "good fortune" respectively.

Most residents take these superstitions seriously. That's why it's not uncommon for a Kahuna (Hawaiian Priest or Traditional healer) or Church leader to bless an event or construction of a home/building or car/boat/motorycle to maintain good fortune and prevent bad luck.

Believe It or Not

The subject of superstition is usually broken into two groups--the believers and the non-believers. Many visitors said that the rocks and sand they brought home from Hawaii never resulted in misfortune. Others said that bad luck started to occur when they returned home with their mementos.

Non-believers said the ones who experienced bad luck have only themselves to blame and that the earthly items have nothing to do with their misfortune. Believers said the legend is true and based on the post offices filled with packages and letters from people who blame the rocks and sand for their hardship.

Hawaii is like many of the 50 states on the subject of the supernatural and local superstition. Each state has its own folkore but superstitious beliefs have a greater impact on the culture of Hawaii than anywhere else. Many residents would rather play it safe and respect the spiritual rules than suffer the consequences while others consider the long-held beliefs as "hogwash" and go about living their lives unaffected.

Nonetheless, spiritualism and folkore is a steady influence among its people and this is the reason why superstition is a way of life in Hawaii.