Wicca in the News: Wiccan "Warlock" Accused of Sexual Assault on Children

Wicca in the News

I had to really re-read this hub a few times to decide whether this was an article or a rant. I've come to the conclusion that it’s both; it is a news story that poses and issue that warrants attention. If anyone has been following my Hubs on Wicca, I might preface this for you with the warning, “And now for something completely different…”

A recent news article I found disgusted me beyond measure, and it's been festering in the back of my mind ever since. It involved hurting children, which is enough to make anyone furious, and the fact that my religion got mixed up into this guy’s sick and twisted plot of self-gratification only adds fuel to the fire. 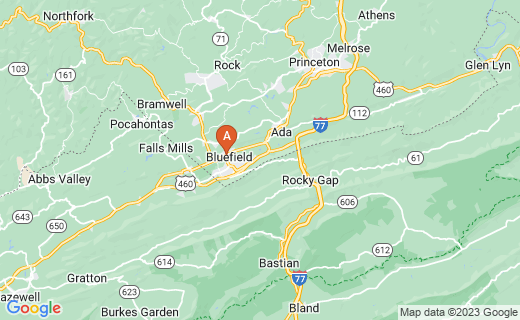 James Irvin, a 57 year-old man from Bluefield, West Virginia, was arrested and charged with five counts of sexual assault and 10 counts of sexual abuse. Incidents alleged to have taken place in 2007 included children ranging from ages 3 to 13. Irvin's son is stepfather of the children.

Irvin professed to be a practitioner of Wicca and convinced the children that he was a "magical warlock". He offered to do spells to make their sick mother well, but told the children it required them to participate in Wiccan rituals that involved "sex tantric magic". He convinced them that this was the most powerful magic of all.

If you ask me, it would not be enough.

Why this is So Infuriating To Me

Obviously, child abuse is always infuriating. That’s no surprise. If you’ve read my essay How the Wiccan Religion Changed my Life, you know that I’m a survivor of neglect, verbal, physical and sexual abuse. Nothing disturbs me more than the idea of someone hurting a child, taking away their innocence, implanting them with memories that will scar them for life. No matter how well you heal from those wounds, or how deep you try to bury the pain, it inevitably acts up every now and then like an old back injury when you move the wrong way. Even if you get past it enough so that you can go for more than a few days, or even weeks not thinking about it, one wrong turn and it all comes crashing down on you again.

There’s another element to me in this story that makes it offensive— the notion that someone would (allegedly) use the religion that I have such a deep love and respect for as a ruse to hurt a child. Wicca, all it represents, is sacred to me – for someone to distort Wicca and use it for such a sinister ploy infuriates me.

Obviously, some filthy-minded child molester only interested in self-gratification with absolutely no regard for others doesn’t care if he leaves an undeserved stain on the Wiccan community. Hey, he doesn’t care if he damages children for life, why should he care about the collective reputation of Wiccans? But knowing that there are opportunists who lie in wait just for these rare instances so they can point self-righteous fingers at Wiccans and shout, “Aha! We said they were evil, and we were right!” doesn’t make this story any easier to take. I've even read one rabid atheists blog in which this very story was an excuse to 'prove' that all religions, including Wicca, result in terrible atrocities (as if outlawing religion would eliminate sex crimes).

There are people just too eager to believe the worst, even if it’s at the expense of The Truth, to further some ridiculous hater cause.

Do you think this should reflect on the Wiccan community?

A Need to State the Obvious

I wish I didn’t have to even say this, because Wicca needs no defense. And I know many of my readers or people looking for information on Wicca are probably reasonable and rational minded enough to realize this on their own. But I feel that it has to be said: this should not reflect on Wicca.

I’m not going to pull the ‘no true Scotsman’ fallacy here, claiming, “Well, no TRUE Wiccan would do such a thing.” That’s a scapegoat. I’ll just say that, Wiccan or not, if this man has done the things he is accused of, he is disgusting scum.

I don’t care if he’s Wiccan, Pagan, Christian, Muslim, Native American, Scientologist, atheist, agnostic, or practices Jedi-ism. Anyone, regardless of the religion they profess to follow, who would harm another human being—a child in particular – in the most intimately horrid of ways is just plain human garbage.

But, for those anti-religion, or anti-Wiccan, Irvin now becomes some kind of poster child—a trophy Wiccan.

Never mind all that, because it’s already out there—“Wicca” is proclaimed the reason for this act of abuse. Not the man, not psychopathy or sociopathy or pedophilia, but 'Wicca'. Because he did it in the name of Wicca, he is going to be held up as an example of 'Wicca' to put forth by any of our detractors in writing, in circulating links, in videos, newsletters, shouted speeches and whispered rumors, many of which will hang in the fabric of cyberspace until the sun becomes a dying ember (or at least until the grid crashes, whichever comes first).

And the irony of it is, that the person who would say this incident is a warning that Wiccans are bad people or that Wicca is a dangerous religion are the first ones to defend their own faith from the occasional criminal by saying, “He wasn’t a True (fill in the blank).”

Has a person claiming to be Wiccan ever tried to force, coerce, trick or pressure you into sex for 'religious purposes' (keep in mind this is an anonymous poll, even I won't know who clicked what)?

Wicca and Witchcraft for Teens

Please Read This If You're Under 18!

If you yourself are a minor who wants to be, or is, Wiccan, and if you are hoping to find someone to teach you Wicca or a coven to join, please read this:

Wicca for Teens: Finding a Mentor, Teacher or Coven

How Do Wiccans Deal With Such Dangers As a Community?

These kids in this case weren’t interested in Wicca; they just ended up in the wrong household under unfortunate circumstances. Please pray for them or send healing energies to them if it's within your beliefs to do so.

But it reminds us of a bigger problem. We all know that a person can claim to be any religion and still do sick and perverse things. We have a lot of kids, sometimes as young as 8 or 9, interested in our religion with few resources. And where there are eager children, you always have to be wary of wolves in sheep's clothing floating around among the herd.

There are so many kids interested in Wicca who are afraid to talk to their parents about it, or who are desperate to pursue the spiritual path that is calling to them so strongly. It would be all too easy for some pedophile to play guru and lure them in with the “your parents don’t understand you, but I do” cult leader bit. Someone persuasive could convince a teen that some sex rite is an ‘initiation ritual’, or at least could use a ‘skyclad’ ritual (a ritual performed in the nude-- something perfectly natural in Wiccan adult covens) as a means of putting a pre-teen or teen in a very vulnerable position. And since the child was somewhere doing something they were not supposed to be involved in, it would be so easy to convince them to stay silent.

Does this mean Wicca is a dangerous religion? No—not at all. Any religion can have predators among them. People of any religion can convince a child they need ‘special counseling’ or that they have been chosen for some ‘special task’. We just need to remember that we’re no exception. We need to protect youths from such tragic experiences; and we need to protect Wicca from those who would exploit it so serve their own sick, perverted desires.

So the question becomes, how do we protect children from someone dangerous who might count himself/herself among us? I know this isn't an easy question to answer, and it’s one our community might do well to address. Some opinions I agree with include the following:

It’s important to get the word out loud and clear to any young people interested in Wicca that no respectable Wiccan adult would engage them in illegal acts, such as nude rituals or sex rites, and that no respectable Wiccan adult woud encourage lying, sneaking and defiance. Again, this is not just to protect our religion, but to protect any young person with any interest in Wicca in the future from a potentially horrible experience.

Please feel free to comment with any of your concerns or proposed solutions you may be aware of, and share with us your thoughts and feelings on this difficult topic.