The Evidence Surrounding Jesus of Nazareth: How to Determine the Authenticity of Gospel Texts, Part II

Yves has a great deal of interest in the New Testament, especially the canonical gospels. She values the serious study of historical texts.

Not All Logic is Created Equal

Questioning everything we have believed about our religious or non-religious upbringing is a good and healthy thing to do. It is generally unwise to accept any narrative we have "learned" until one is satisfied with the veracity of the information we have received. There is a method for proper research which we can utilize to scrutinize any writings, modern or otherwise, which pertain to the life of Jesus of Nazareth who lived in 1st century Judea.

Any Bible historian worth his salt will encourage seekers to question their current knowledge about the Bible and to determine whether one's understanding includes basic standards for critical thinking along with the study needed to appreciate the importance of context and criteria for historical authenticity.

Unfortunately, and all too often, we blindly accept any information "out there" that may seem logical to our untrained minds and ears or which supports our personal prejudices. Thus, we willingly accept false information whether we were raised as Mormons, Muslims, Christians, Atheists, Buddhists, Hindus, Pagans, or any other religion or non-religion.

The Problem With Overly-Rigid Criteria

While some trusting individuals believe everything they read, others are overly rigid regarding their expectation of the canonical gospels. Any slight discrepancy within the text is proof in their eyes that the Bible can not be trusted. For example, if descriptions within the books of the Bible vary somewhat with one another, some scholars or seekers are all too ready to throw the baby out with the bathwater. Such individuals have no tolerance for any form of "contradiction" or variant, and therefore choose not to recognize any given Biblical narrative, even though the Synoptic gospels consistently recognize significant events that occurred in the life of Jesus and that the meaning behind those events remains intact despite minor variations.

For example, the New Testament states that Jesus was hung on the cross between two thieves. Mark 15:32 indicates that both thieves mocked Jesus:

"...and they that were crucified with him, reviled him."

However, Luke 23:39 makes mention of only one thief who mocked Jesus while the other thief defended Jesus....

"But the other answering rebuked him, saying, Dost not thou fear God seeing that thou are in the same condemnation...but this man has done nothing amiss." KJV Luke 40-41

Both gospels recognize the event of the crucifixion. However, we find a slight variation in the gospel of Mark, who made note of two thieves who mocked Jesus while Luke's gospel mentions only one thief who hung on the cross next to Jesus. The accounts of the thieves contain a contradiction, yet the event of the actual crucifixion is not contradicted. Must we then throw out the entire gospels of Mark and Luke because of the differing summaries about the thieves? If the doctrine of the crucifixion remains intact, then the answer has to be "no." We must be cautious of missing the forest for the trees.

Some Biblical scholars, like Professor Bart Ehrman, believe that any inconsistency is unacceptable and therefore proves the "unreliability" of the New Testament, whereas most scholars believe this inconsistency in no way diminishes the importance of the event. In actuality, the story of the crucifixion is not changed in any meaningful way because of the contextual variant.

Reading the New Testament with the idea that the Bible must contain no contradictions whatsoever is not critical thinking at its best. Rather, it is an excuse to diffuse critical thinking by masking one's inflexibility under the guise of intellectualism. I do not believe Professor Ehrman's intent in writing his popular book, Misquoting Jesus, was to ignore standard criteria. Rather, his criteria may be overly rigid.

We have all been witness to those who are unyielding. Are such attitudes more in line with the tenets of rigid fundamentalism which take all gospel texts quite literally whether the text was meant in a literal way or not, and which may ignore historical context? Ironically, both Christians and hard-liner atheists are often inflexible and quite fundamentalist about their beliefs and arguments.

While Dr. Ehrman is currently agnostic, he had been raised in a fundamentalist church which espoused the belief that the Bible is inerrant, the presumption that the Bible contain no errors or inconsistencies. But, in fact, the Bible does contain minor inconsistencies, as previously cited regarding the story of the thieves on the cross. However, those variables, generally referred to as textual variants, have not been found to diminish the importance of the overall doctrine contained in the Bible.

What The Evidence Says

The Case for the Real Jesus by Lee Strobel

Could Jesus Have Survived the Crucufixion?

Some extra canonical gospels have suggested that Jesus never died on the cross and that he somehow survived the cross. However, those texts do not meet the criteria for authenticity we discussed in Part I of this series.

In fact, Roman executioners would have faced death themselves if any of their victims had not died on the cross. Dr. Alexander Metherell, who also has a doctorate in engineering, has stated that no one can survive the "rigors of crucifixion" or the open wounds caused by the spears thrust into the body. He further stated that Jesus would already have been in "hypovolemic" shock due to the brutal flogging which caused him to lose a great deal of blood. In short, his heart would have been unable to pump enough blood to the body, and many of his organs would already have already stopped working. The evidence supports the claim that Jesus died on the cross. "Then Jesus cried out with a loud voice again and died." Matt 27:50 ISV

Had Jesus not died, he would not have risen from the dead and the doctrine of the Resurrection would have no basis in reality. Jesus' followers would not have had a message of Christianity to spread far and wide. His followers would have mourned his death; they would have believed Jesus was not the Messiah after all. The disciples would not have gone on to willingly endure constant persecution and multiple imprisonments for their faith. The apostles were sane, reasonable men who witnessed miracles. Had the events contained within the New Testament not occurred, Christianity would never have survived.

Two Women at the Tomb of Jesus

Truth be told, whether one is a Christian, an agnostic or anything else, the author's goal is to help readers to refrain from accepting any nonsensical information one comes across regarding Jesus Christ, his actions, and his ministry. It is also the intent of this article to remind seekers to challenge themselves to be discerning when choosing which modern books and periodicals may best further one's knowledge about ancient times in the first century. Finally, we must always heed the importance of observing historical context in all situations so that we may better determine truths.

It is my hope that no matter what anyone chooses to believe, that we will also dignify the rights of others to observe their faith or lack thereof without suppressing the other in any way, and that we observe respectfulness for freedom of speech and freedom of religion. 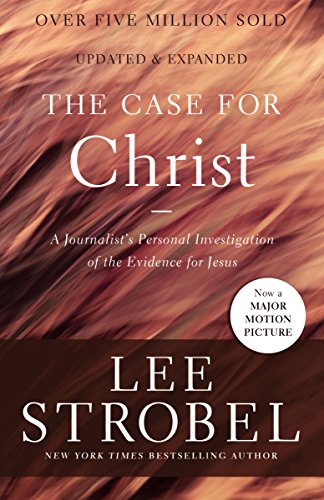 The Case for Christ: A Journalist's Personal Investigation of the Evidence for Jesus
Buy Now