You Shall Not Covet – a Little-Known Christian Commandment

Many of us Christians are familiar with most of the ten commandments. We know we should not steal, lie, or commit adultery, and honor our parents. Our churches tell us to put God first, honor His name, honor our parents, and take some time off to honor the Sabbath day. We may have heard of the commandment to not bear false witness against our neighbor.

“Covet” and “coveting” are words that we do not hear very often, yet when people act on covetous thoughts, people get hurt, suffer loss, or may even lose their lives. The term covet sound archaic and King-James-Versionish, yet it is important to our salvation that we understand what they mean and how they apply to our life choices.

Definition of the word “covet”

Coveting is a strong desire to the point of lusting for someone’s else’s spouse, servant, possessions, status, or anything else that belongs to another person. The person who covets is never satisfied, may be jealous, and may even feel entitled to what other people have or seem to have. They are attracted to what is forbidden and may feel driven to do whatever it takes to get what they want, no matter how many people the hurt on the way.

Most of us know the story of David and Bathsheba (2 Samuel 11). David was walking around at night and saw this beautiful woman bathing on the roof of her house. Never mind that she was married to Uriah the Hittite, a loyal soldier. Never mind that David already had a stable full of wives and was king of the land. David wanted Bathsheba, sent for her, and slept with her. She became pregnant. When David could not cover up his sin being talking Uriah into leaving the battlefront and going home to sleep with his wife, David arranged for Uriah to be on the wares front lines where he was sure to be killed. Bathsheba gave birth to a child, who died soon afterwards, causing great heartache to her and David.

David did realize that his coveting had lead him to commit adultery and murder after the prophet Nathan confronted him about what he had done. He repented of these sins.

Where coveting comes from

A lust for other people’s things comes from the human nature in us. Coveting is one element of all kinds of sin and evil thoughts that lead to sin such as adultery, deceit, jealousy, sexual immorality, murder, sensuality, theft, wickedness, slander, foolishness and pride (Mark 7:20-23).

What leads us to covetousness

The cravings then grow into sin (Romans 7:7-8, James 1:13-15). The consequences are serious and can lead to harm and death (James 1:14-5). Acting on cravings for what other people can destroy relationships, provoke quarrels and fights (James 4:1-3), ruin people financially, and cause our neighbors' deep grief, loss, and tremendous emotional pain. 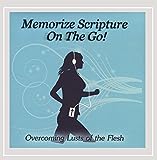 The consequences of coveting

Covetousness leads to numerous sins that top God's list of things he hates. Sometimes people are so focused on obtaining something that they have no right to have that they do not see that their actions will have devastating results. People trying to obtain wealth, for example, does not know that poverty is around the corner (Proverbs 28:22). People who seduce his or her neighbor’s spouse not only potentially destroys a marriage, but devastates all the families involved.

People who covet things such as money pierce themselves with pain and wander from the faith (1 Timothy 6:10). Once they make a move to get what they want, they may have to lie to cover up their actions. When Bathsheba became pregnant with David’s child, David tried to get her husband Uriah to come home from the field in the hope Uriah will sleep with his wife and think the child is his. When Uriah refused to go home, David arranged for him to be killed. This heinous act shows the length to which people will go to get what they want and cover up their sins.

People think that they will be satisfied once they get what they want, but they are not. Coveting is a selfish act that doesn’t see how it damages both the perpetrators and others. It is the beginning of many sins such as stealing, committing adultery, or as in David’s case, murder. Woe will come to people who covet and seize property, and rob others (Micah 2:1-2). 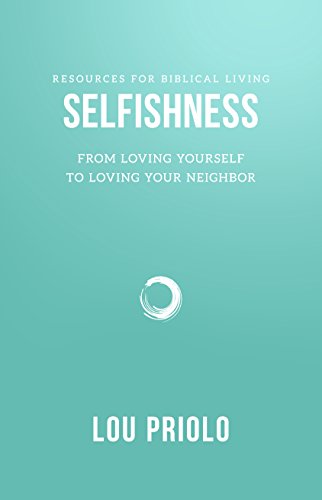 Selfishness: From Loving Yourself to Loving Your Neighbor (Resources for Biblical Living)
Buy Now

How to overcome coveting

God calls us to overcome our human nature and sinful natures (Colossians 3:5-6). God gives us a number of tools to battle the temptation to covet what other people have.

God knows the things we need and wants to shower blessings on us. God wants us to have loving spouses, a great family, wealth, and possessions. There are many reasons why some people have things that we want in our lives and we do not. One may be we did not ask God for these things in prayer.

We can pray for the strength to resist the temptation to covet what other people have. God will not answer prayers, however, if we are asking for things for the wrong motives such as indulging our own selfish lusts.

Though we do not have certain blessings, we should learn to be content with what we have (Philippians 4:11-13, Hebrews 13:5). Contentment leads to happiness and satisfaction, no matter what our situation. Covetousness, on the other end, leads to dissatisfaction and misery, especially when people find out that getting what they want is not all it is cracked up to be.

A spirit of thankfulness will also help us to focus on what we have, not what we do not have. All of us, no matter whether we are poor, have dysfunctional families, are single, or have lost a loved one, have blessings in our lives. We should appreciate the grace of God that has come through the sacrifice of Jesus Christ, no matter how bad our situation is.

God meant for us to enjoy the benefits of having happy marriages, families, financial stability, and possessions. He set boundaries around every one of us that should not be crossed by interlopers who lust after things we have.

It is difficult, however, to avoid lusting after what other people have in a world that encourages people ignore these boundaries and act on their sinful desires for other people's spouses, servants, wealth, status, or possessions.

Jesus said that we should love our neighbors as ourselves. One way we can do that by not indulging in feelings of covetousness that could lead us to sin. We can rejoice that our neighbors are blessed in certain ways, and enjoy the benefits of being children of God with His help (Psalm 141:3-4).