How To Understand The Lineage of the Transmission of the Heart to Heart, Mind to Mind 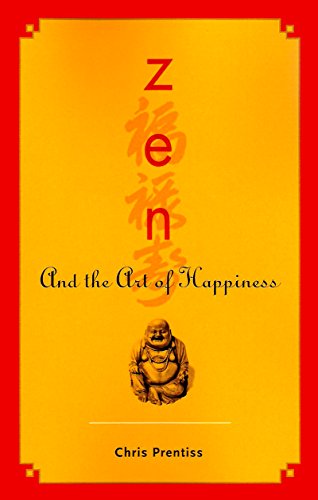 Zen and the Art of Happiness
Buy Now

Few people today are aware of the Heart to Heart transmission. In the secret texts of the Eastern religions it is understood to mean the transmission of light to open the door of the soul thereby ending the cycle of life and death.

According to belief and religious doctrine found in the books of Buddhism, Taoism and Confucism, if you can find a Master who has the authority of God (Heaven) to transmit the Heart to Heart, Mind-to-Mind transmission, then by receiving this transmission, your soul will cease to fall into transmigration and at death you will enter into Absolute Heaven.

It is believed by the masters and followers of the Mission of Tao-Confucism, a sect centered in Taiwan, that their masters have been entrusted with this right and ability. They maintain the ceremony they perform is a baptism by fire, which registers the receivers name in the Book of Life in Heaven, imprints the seal of God on the forehead and opens the door to the soul.

They believe the door to the soul is the Narrow Gate referred to by Jesus and Buddha. The Mission of Tao-Confucism named this ceremony the ‘Transmission of the Tao, or Way.’ They claim it is the Heart to Heart, Mind-to-Mind Transmission.

The Transmission of Light has ancient references, the Chinese believe the first historical figure to receive the transmission of the Tao was Emperor Fu Shi. The Immortal Yu Hwa Tzu transmitted the Tao to Fu Shi on O Mei Mountain around 3,000 B.C. Emperor Fu Shi drew the Ba Gua or Eight Trigrams of Former Heaven, which is the basis for the I Ching.

The Eighteen Former Generations in China:

The Tao was transmitted from Patriarch to Patriarch whenever there was someone qualified to receive the Heart to Heart transmission. If no one was found to be qualified, then the patriarch did not transmit the Absolute Dharma and the transmission would be performed by an Immortal when a suitable person was found.

Emperor Shen Nong was such a person. He received the Tao from the Immortal Chi Song Tzu and became the second patriarch. Shen Nong was famous for the discovery of many herbs used as medicine for the treatment of sickness and disease.

The third man to receive the Tao was Emperor Huang (2698-2598 B.C.). Emperor Huang studied with seventy-two teachers and still remained ignorant of the Tao. Not one of his teachers could relieve his suffering and end the cycle of life and death.

Discouraged by his inability to find the truth, he left his teachers and again sought the point of the Master. Eventually he came upon a thirteen-year-old boy named Guan Chen Tze, and Guan Chen Tze transmitted the Tao to him.

Emperor Huang is attributed with developing many of the Chinese characters and for inventing the compass as well as being the first emperor in China to build the Chinese Empire.

The seventh person to receive the Tao was Emperor Yao (2357-2257 B.C.). Kon Tze spoke of Yao in the Book of History. Kon Tze said, “Great indeed was Yao as a sovereign! How majestic was he! It is only Heaven that is grand and only Yao corresponded to it. How vast was his virtue! The people could find no name for it. How majestic was he in his works which he accomplished.”

After Emperor Yao, the Tao was transmitted to Emperor Shun (2275-2208 B.C.), who was also frequently mentioned by Kon Tze. Emperor Yu was next in the lineage and is famous for regulating the floodwaters of the Yellow River. He was the Ninth Patriarch in the Transmission of The Tao (2208-2197 B.C.).

From the time of Emperor Yu there elapsed more than four hundred years before a successor to the Tao could be found. He was I-Ying, a Prime Minister to Emperor Tang. I-Ying passed the Tao to the eleventh Patriarch, King Tang (1766-1652 B.C.).

Once again the transmission of the Tao was interrupted and the Tao was not received by anyone until several hundred years later when Ziang Shang received the Tao. It is said that Ziang Shang was the reincarnation of Amita Buddha.

Ziang Shang became the teacher of King Wen, and transmitted the Tao to him. King Wen was the originator of the Ba Gua of Later Heaven, and was often praised for his wisdom by Kon Tze.

From King Wen, the Tao was passed along to his son King Wu, and to Duke Chow who shared the patriarchy with him. Duke Chow was of great influence in King Wu’s country and helped to govern the country with King Wu and was responsible for many of the rites and music of the Kingdom. Duke Chow believed that he could regulate human behavior and harmonize the human mind by utilizing ceremonial rites and music.

The fourteenth patriarch in the transmission of the Tao was Lao Tze. Thus began the period when the Tao was transmitted among the great sages of religion. He received the Tao from the Immortal Tai Yi Jen Ren. When Kon Tze went to visit Lao Tze, Lao Tze transmitted the Tao to him. Kon Tze said, “As birds, I know they can fly in the sky. As fish, I know they can swim in the water. As beasts, I know they can walk on the ground. Those that walk can be caught. Those that swim can be fished. Those that fly can be shot. As to dragon, I cannot understand how it can soar into heaven by riding wind and cloud. Today, I met Lao Tze; His Tao is like a dragon.”

After Master Kong Tze had received the Tao, he told his disciples, “He who receives the Tao in the morning, may die in the evening without regret.” (From Kontzeist AnalectsBook 4, Chapter 4).

Kon Tze had over three thousand students; of those students he felt that Yuen Hui was the most qualified to receive the Tao. Unfortunately, Yuen Hui died shortly after receiving the Tao. He was only thirty-two years old (521-490 B.C.).

After Yuen Hui’s death, Kon Tze had to find someone worthy to receive the Tao. He did not have to look very far to find Tsan Tze (505-436 B.C.) . Devotees know Tsan Tze as the ‘Great filial son.’ Tsan Tze is well known for compiling ‘The Great Learning’.

Tsan Tze transmitted the Tao to Kon Tze’s grandson, Tze Sz. Tze; Sz is famous for his compilation of ‘The Doctrine of the Mean,’ and preached this doctrine unerringly. The last patriarch to receive the Tao in China was Meng Tze (Mencius).

Meng Tze preached the teaching of the past sages, and instructed his students in the principles of benevolence and righteousness of Kon Tze. From his teachings his students compiled his lessons into a book: ‘The Book of Mencius’ (Meng Tze.) Meng Tze did not transmit the Tao, and the transmission of the Tao left China and was continued in India.

The Twenty-Eight Generations in India:

Prince Sakyamuni underwent extreme trial until he received the Tao from Burning Lamp Buddha (see biography, Chapter One) . This was the beginning of the transmission of the Tao in India. The Tao was handed down secretly from Patriarch to Patriarch—through twenty-eight generations.

The Lineage of the Transmission of Tao in India from Sakyamuni Buddha:

25. Vashashita 26.Punyamitra 27. Prajnatara, who transmitted the Tao to (28) Bodhidharma, the First Patriarch of Latter Generations in China.

The Latter Eighteen Generations in China:

Bodhidharma brought the lineage of the Tao back to China, and is therefore considered the First Patriarch of Latter Generations in China. Like Sakyamuni Buddha, Bodhidharma was a prince who abandoned the throne to preach the Dharma to the people.

He left India and traveled to China to transmit the Tao. Upon his arrival in Canton province around 527 A.D., he sought out Emperor Wu of Liang. Unfortunately for Emperor Wu, he was found to be unqualified to receive the Heart to Heart transmission.

Bodhidharma told Emperor Wu that the emperor’s many good deeds were not meritorious deeds. The Emperor, who was ignorant as to the true meaning of merit, promptly ordered Bodhidharma from court.

Continuing his travels, Bodhidharma settled at the Shaolin Temple on Mount Song in Hunan province. One day he heard one of the monks, Shen Guan, preaching the Buddha Sutras. Shen Guan had preached for forty-nine years and was considered one of the foremost authorities on Buddhism in China.

Wishing to test Shen Guan, Bodhidharma asked him a series of questions concerning the meaning of certain stanzas in the sutras. Shen Guan, unable to answer, became perturbed with Bodhidharma and dismissed his questions.

Bodhidharma then said to Shen Guan, “Life and death are serious matters. People do not understand the way of deliverance. They will always wander in the field of life and death.”

Afterward, upon refection, Shen Guan realized his understanding of Buddhism was limited and sought out Bodhidharma. He stood outside the temple for a day and a night in the snow waiting to see Bodhidharma. A poem about the occasion was written at the time “Knowing not the root of the Absolute One Shen-Guan paid homage to Bodhidharma. Standing outside the Shaolin Temple all snowy night he prayed for the way of deliverance.”

The next morning, Bodhidharma met him and said, “You should abandon all heresies.” The word for heresies in Chinese is ‘Tso Pang.’ Tso can also mean ‘left’. Shen Guan, misunderstanding Bodhidharma’s words thought Bodhidharma was telling him to abandon his left arm. Acting upon his sincerity and faith in Bodhidharma’s words, Shen Gian immediately drew his sword and cut off his left arm. Greatly moved by Shen Gian’s act of sincerity, Bodhidharma transmitted the Tao to him and gave him the name ‘Hue Ke’, which means ‘Qualified Wisdom’.

In addition to bringing the Buddhist Patriarchy to China, Bodhidharma is widely regarded as a master of the martial arts who taught his skill to the monks at Shaolin. Further, he is recognized as the First Patriarch of Zen.

After Hui Neng, the Sixth Patriarch, the Tao was transmitted outside of all religions. This is reflected in the stanza by Bodhidharma, “The object of my coming to this land [China] is to transmit the Dharma for the deliverance of those under delusion. In five petals the flower will be complete. Thereafter, the fruit will come to bearing naturally.”

Hui Neng Sutra, Chapter Ten. From Bodhidharma to Hui Neng, there were five generations. The fifth petal was Hui Neng.

The Lineage of Tao in the Latter 18 Generations in China:

16.Lu Chong I, (Said to be the reincarnation of Maitreya Buddha.)

Jan and Sun Hwei Ming, (Purported to be the reincarnations of Ji-Gong Buddha and Yueh Huei Bodhisattva, who were together, the 64th generation in the Lineage of Tao.)

In the past, you needed to cultivate yourself to a very high level in order to receive the Way. Up until 1930, the Heart to Heart was revealed only to the very few whose virtue merited the opportunity to return to the Origin and end the cycle of life and death.

According to the Mission of Tao-Confucism, 1911 was the beginning of the White Yang period. The hands of the celestial clock moved forward and in 1930 the Universal Salvation began. It is their contention that the transmission of Heart to Heart, Mind to Mind is no longer confined to sages only.

To View My Previous Article: The Real And False Self