Nell is a practising witch/pagan and has used Tarot cards for many years. 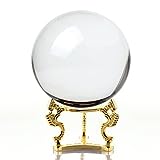 How many of us turn to the Astrology page in the Newspaper each day? I would imagine that there are thousands of people across the world who want to know what's in store for them. In fact a lot of readers take Astrology and their sign of the Zodiac very seriously.

And for good reason too. The Zodiac which we all know is our birth sign, has in fact a very interesting history behind it. I bet you didn't know that the word Zodiac is actually thousands of years old.

Many people think that Astrology and Astronomy are worlds apart, excuse the pun! It actually came into being back in Roman and early Greek history. But before that the Babylonians 2,500 years ago began to study the Planets. In plain English, its all to do with how our Planets revolve around the Sun. And how the Constellations all relate to Celestial movement.

Create your own Chart!

Explaining it in simple terms, the zodiac is a circle consisting of twelve 30 degree divisions of celestial longitude which are centered on the ecliptic.

The Sun crosses the celestial sphere over the course of one year. The Moon and other Planets are also close to the ecliptic too. This is called the belt of Zodiac.

These twelve divisions are called Signs, which we know as the Signs of the Zodiac.Got it?

Of course, because the divisions or Signs are regular and the Galaxy isn't we notice that they don't always correspond with how the planets move around the sun.

For example, the Sign of Gemini, or the constellation of Gemini is not actually in the night sky in June. Its seen from January to May and in the North, the best times are January and February. 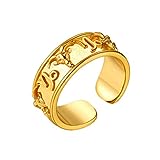 So what does the word Zodiac actually mean? Have you guessed yet? Yes its Circle of Animals. You can see where I am going with this can't you?

And it was the Greeks then the Romans, using earlier data who named all the Signs. By looking at each star they could draw a pattern between the stars which then took the shape of an animal. Of course they do use humans too, for example the twins in Gemini.

And the zodiac is the band or path of any given body. In other words, the path of each Planet.

But it was the Babylonians who gave each month of the year a birth sign, and an animal. But what has this got to do with Astrology?

We all love taking a look at our daily Horoscope to see what's in store for us.

And why not take a look at your daily Horoscope to see what's in store for you each and every day of the week.

So now we have got all the Scientific confusion out of the way, who started using Astrology in the first place? And how do they correspond it to each person, or at least attach it if you like to a particular Celestial body?

Well, according to literary sources, it is believed that the Horoscopic astrology started out in the Mediterranean area. Probably Hellenistic Egypt.They believe it was around the first or second century BCE or (BC).

There are lots of different ways to read or chart someones life through Astrology.

No it doesn't mean boring, but yes it does involve politics! The word mundane is taken from the Roman word Mundus, meaning world. The Astrologer will be looking at world events and what will influence them.

Concerns a new job or starting a business.

This is a bit more convoluted. This is when an Astrologer has to look for answers to a specific question based on where the question was asked, who it involves and the motives involved, on both the questioner and surrounding public. 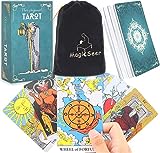 Divination and the Tarot.

From the beginning of time we have always been fascinated by people who claim to be able to tell our fortune. Whether we want to know about love or money, how our lives will pan out or just everyday problems.

There is just something so mysterious about seeing a reader lay out the pack of Tarot Cards. The atmosphere around both reader and client becomes mesmerizing. We sit on the edge of our seats watching the reader shuffle the cards, then seeing them fall onto the table, believing each card is random, but guessing its not.

But where did the Tarot start?

Well, it was first known as Trionfi, then later, tarock, or Italian tarrocchi. It is literally a pack of 78 cards, used in the mid 15th century mainly in Europe just to play card games.

The French name, Tarot is believed to come from Francois Rabelais. He first called them tarau.

Then in the 18th Century mystics and occultists got their hands on them, and started using them for divination.

Just like a normal deck of cards, the Tarot has four suits. Four face cards, and ten pip cards.

There are also another 21 cards and a single card called the Fool.These are named the Major Arcana, and the other deck consisting of four suits is the Minor Arcana.

There are some sources that state the Tarot cards go back as far as Ancient Egypt or the Kabbalah, but there is no definite proof of this. 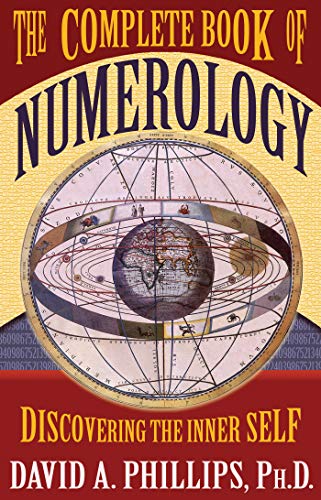 The study and use of numbers in divination. Many people throughout history believed that numbers are magical.

Each usage of a number can mean the difference between life and death, or wealth and good luck.

A belief in the coincidence of certain numbers probably started when strange events or tragedies happened at a particular time, and then a pattern emerged that showed a certain number was involved, such as 7.

Funnily enough, the original use of Numerology was started by Mathematicians using something called Isopsephy, which translates to 'equal'.

This involved adding up the number values of letters in single words to get the math answer.

To make sense of this, we have to look back at the Greeks. Evidently ancient Greeks didn't have numbers, so they used letters to count.

It was only when Arabic Numerals were taken and adapted from Indian numerals did the numbers we know today start to come into use.

The strange thing is that there is a belief that letters were only invented in the first place as a means to add things up! Amazing eh?

Our fascination with divination these days is not a modern idea. Many people believe that it's a bit of fun, or something we should do because our friends have tried it. But its much more than that. There is a vast wealth of history behind each and every one of the above. See how our Numbers started, and why mathematicians used letters to check things out in nature.

How the Tarot started, purely because psychics and seers realized that there was more to the Cards than just playing a game.

And the amazing history of Astrology that is linked to the Stars and Constellations. Each one weaving down through history and mysticism.

So the next time you go to get your Tarot cards read, or find out what your name in numbers means, just remember, many wise men and women came before you. Don't take it lightly!