Do you remember that unusually friendly person with a forceful manner, firm handshake and instant smile you met last week? You know - the one who dominated the conversation? Well hang on to your socks, because you most likely have just butted heads with an Aries!

Aries is committed to defending the underdog and will fight injustice on the spot! They aren't the type to be bashful about voicing their opinions - they will talk back to a policeman or mugger with equal verve if either one irritates him. Most likely, he will regret his decision later, but Aries isn't one to be concerned with consequences in the heat of battle. Mars people don't stand around discussing the weather - they shoot from the hip.

Aries is the first sign of the Zodiac, representing birth. This sign is the baby of the Zodiac and is conscious of only himself. A baby doesn't care if his parents or neighbours are sleeping - when he wants attention - food, bottle, or changing, he will yell the house down until he gets what he wants.

Similarly, if an Aries person has something he needs to get off his chest, or a brilliant idea that just came to him, he won't care what time it is or what you are doing, he will think nothing of calling you. After all - he is awake, why shouldn't you be? He wants something - he gets it. Like the baby, Aries is concerned with his surroundings only as it affects him. But you can't call a baby selfish - he happily and indiscriminately lavishes his affection and attention on whoever satisfies his demands, and who can resist a baby? They are completely unaware that they are causing any kind of inconvenience.

This innocence and naivete is why Aries are fearless - until they get burned. Even after they have, they are still trusting enough to try again after they have forgotten the pain. The phrase "try, try again" was written for an Aries. Throughout their lives, they will continue to fall down and get back up again - always willing to give it one more go.

With Aries, what you see is what you get. There is no pretence, hidden agenda or complications. If someone bigger or stronger takes something away from the ram, or, heaven forbid, says no, the Aries person reacts the only way he knows how - yelling and causing a scene so big people give in just to get some peace and quiet! He doesn't need strategy - a good set of lungs and and determination suffice quite nicely thank you.

There are many telltale signs to show one is an Aries person - if you know where to look...

Mars people generally have sharp features, seldom soft or rounded - much like the difference between a sharp clear picture and one that is blurry or slightly out of focus. They usually have well marked eyebrows that join with the bridge of their nose to form the sign of the ram (as depicted in the adjacent photo.) These symbolic horns mean business! Mars people have a definite reddish cast to their hair and complexion, and their movements are quick and capable - matching their mental processes.

Rams rarely, if ever, slouch. Have you ever watched a Big Horn Sheep, with those wonderful horns? I rest my case. Mars people don't enter a room, and glance around nervously - if his gaze does wander, it's because something else has captured his attention. What you were saying is forgotten - remember the baby?

Aries will undoubtedly be at the head of their chosen career, but don't look for subtlety, tact or humility - most Ariens were absent when these qualities were handed out. They are also a tad short on patience too - he's quick to criticize if he feels his service is lacking, but equally quick to leave a large tip when the service is good.

Ariens are very direct people. Being deceptive or devious is completely foreign to them. Honesty and frankness are their trademarks, but Mars people don't necessarily make good credit risks. Some of them show a child-like lack of responsibility, and can forget their debts in their ever present excitement of the moment. They will pay of course, and usually with an effervescent smile, but you might have to run after them for a while before you can catch them.

The Mars temper is legendary. Who doesn't remember their Greek history lessons? What most people don't know is that Mars people have a complete inability to remain angry. Once the fireworks have disappeared, the upset is generally gone and buried. Aries will be surprised and hurt that you remember all those horrible things he said and didn't mean. Given the opportunity, the ram will apologise to his worst enemy, regardless of what he said to him previously.

An Aries is always looking for acceptance - even in the face of constant and deliberate rejection. They seldom become angry with individuals - their focus is on the idea or situation that they find intolerable.

Rams don't lie - well maybe a small white lie once in a blue moon as it were. This is a good thing, because Aries are terrible liars! They have little use for lying when blunt truth serves them so well. They are also not interested in gossip. They don't have time to discuss other peoples motives, secret desires, behaviour or hobbies. He sees things in black and white - seldom grey. He is as comfortable hobnobbing with kings and queens, as he is with the boys from the hood. There isn't a bone of prejudice in his whole body. He does tend to lump people into only two categories - friends and enemies, and he will expect you to do the same if you are close to him.

Aside from his shocking forwardness, Aries can also be the belle of the ball. They can converse for hours in an exciting and interesting manner about things they know nothing about! They have a lot of polish covering that intense, aggressive drive. Details aren't his strong suit - he would rather leave that to someone else to take care of - besides someone else would handle those pesky details much better!

Aries is consumed by the moment - yesterday is gone and unimportant, tomorrow is too far away to concern himself with - today is all that matters. Mars people are sentimental and believe in miracles with wistful innocence. They are completely incapable of of accepting defeat, even if they are staring it in the face, and are incurable optimists. They enjoy the challenge of meeting an obstacle and conquering it, and they don't wait until it comes to them, even if it is headed in the opposite direction!

All that Mars energy can wear most people out, but Aries people are capable of being calm and wise when they choose. It's just that until they are older and more mature, they don't choose.

Now don't go thinking that Aries doesn't think of others...this is just not the case. If you are sick and in need of help, the Mars person will go the extra mile without hesitating. He will probably drive you to the hospital, after picking it out for you of course, refer you to his personal physician (who happens to be the best - of course...) just don't expect him to remember to bring you flowers or a card... Just make sure to offer your appreciation for all his hard work - Aries people will be deeply hurt and possibly angry if you don't appreciate the lengths he went to in order to support you in your time of need.

Ariens enjoy doing favors, the bigger the better, but he wants his due credit!

Aries is a study in contrast - a blend of innocence, youthful joy, naïve faith and the zeal of a crusader. His metal is iron, and his horns are hard and not easily cracked. He sees red frequently, but when the dust settles, he once again becomes his cheerful self. He is a pioneer - leading others onward to an impossible goal.

His faith is pure, untainted by greed or hypocrisy - he seldom amasses a fortune, but if he did he would be too busy to count it, content in the knowledge that it is there...generously offering the bounty to others. To Aries, miracles are as common as grains of sand - if you run out, he will just go make some more. 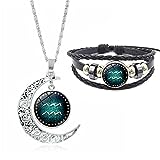