Some people are born on the border of two zodiac signs. This makes them unique as are all people according to their individual Astrology Natal Chart. It complicates things a bit, but its easily explained here in this lens. With further study, it just becomes another important facet of who we are as individuals, and how to gauge that. After all, though, for the most part, we already know who we are. Astrology is a great tool for figuring out how others tick, though, and sometimes we do see insights into ourselves never before observed.

What is a Cusp?

Guess what, guys, I'm a Scorpio Saggitarius cusp. Many of my planets in my natal chart are also in Sagittarius. As a matter of fact, I get along very well with other fire signs although I'm a Scorpio and this is pretty contrary to what is supposed to be. As a matter of fact, I gravitate towards other cusps often. I find often when I do relationship charts for couples of a fire and water sign or earth and air, (my parents are earth and air), I find that one or both of them is born on the cusp and probably has a sun or moon in the other element.

Of course, there are many other aspects that can present what will eventually develop into a beautiful relationship, this one I find to be extremely prevalent.

In astrology, a cusp is the imaginary line that separates a pair of consecutive signs in the zodiac or houses in the horoscope.

Because the solar disc has a diameter of approximately half a degree, it is possible for the Sun to straddle the cusp as it moves across the sky. When this occurs at the moment of birth such a person is said to be "born on the cusp" and some believe that their life is influenced by the characteristics of both signs. For example, if an individual was born when the Sun (by convention the point at the centre of the Solar disc) was located at 29 degrees, 50 minutes Gemini, then one might say that he was born on the cusp of Gemini and Cancer. Much of the Solar disc was actually in Cancer even though the centre was in Gemini.

Although the term "cusp" is universally used for the boundaries of signs, not all astrologers agree that an object can ever be included in more than one sign. Many consider relevant only the location of the Sun's centre, which must be entirely in one sign, and would describe the natal Sun in the example as simply being in Gemini. If late degrees of Gemini have a Cancer-like character, they would describe that as simply the nature of that part of Gemini rather than some influence spilling over from the next sign.

On the other hand, astrologers who consider objects "on the cusp" to be meaningfully different from objects entirely in one sign may apply such a description even when no part of the object crosses the boundary. That point of view may consider the Sun to be "on the cusp" even when its center is as much as two degrees away from the sign boundary. They may also call other objects (much less than half a degree in diameter) "on the cusp" despite no part of the object being in the adjacent sign. Their claim is that the influence of the cusp gets weaker but does not suddenly disappear as the object gets further from the cusp.

A similar debate applies to cusps between houses.

Am I Born Under a Cusp? - Find Out Here!

Whether you are a novice or an experienced Astrologer, you can still expand your knowledge base with these great titles! 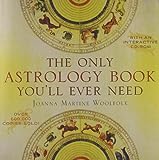 Nasty Astrology: What Your Astrologer Won't Tell You About Your Star Sign
Buy Now

Astrology of the Moon: An Illuminating Journey Through the Signs and Houses
Buy Now

Check out these guides for learning and just for enjoyment. They have it all!