Catholicism, Catholic Experiences and Resources with the Catholic Contributor

Since "Knowledge is Power", as the "Catholic Contributor" my main objectives are to:

1. Encourage Catholics to research, read and learn (more) about their faith.

4. Dispel myths about Catholicism and being a Catholic.

5. Keep you up-to-date with what's happening and trending in Catholicism.

6. Recommend useful products/services to aid you in your spiritual journey.

7. Convey insightful ideas about how, as Catholics, we can make our Christian/Spiritual journey joyful, exciting and fruitful.

What excites/concerns/puzzles you about being a Catholic or Catholicism? What has been your experience as a Catholic (born or converted)? How or why did you become a Catholic?

If you want to learn more about Catholicism (Catholic or non-Catholic) right now , there's no need to wait any longer. COME IN! ! Enter by whichever door you choose.

5 stars for The Douay-Rheims Catholic Bible!

DID YOU KNOW a Catholic Bible is different?

What is your religious belief?

I have been a Roman Catholic for more than forty (40) years now and while some of my knowledge about Catholicism was learned/passed on during the normal course of attending Holy Mass, receiving religious instruction, attending Catholic schools, going on spiritual retreats, and my Catholic upbringing through my parents, a really deeper understanding and appreciation came in adulthood through my own research and searching.

I received my primary and secondary education in Catholic Schools run by Catholic nuns and I attended Holy Mass every week with my family. One of my fondest memories is that of going to Church and seeing the other families (mother, father and children) at church. In fact, each family sat on the same bench every Sunday so you always knew instinctively knew when they did not attend mass; which was rare. I wish more ‘traditional families’ went to Church nowadays but at the same time I want to jump right in here and salute all the mothers who take their children to Church on Sundays, in the face of absent fathers or fathers who just don’t go to Church.

I am still journeying as a Catholic Christian and I know that I am a long way off from being the perfect Christian but “Rome was not built in one day”. So I hope that, like me, you will resolutely make progressive daily steps on your Christian journey.

This beautiful picture of Our Lady, which my Dad (rest in peace) bought, hangs in my hallway at home. 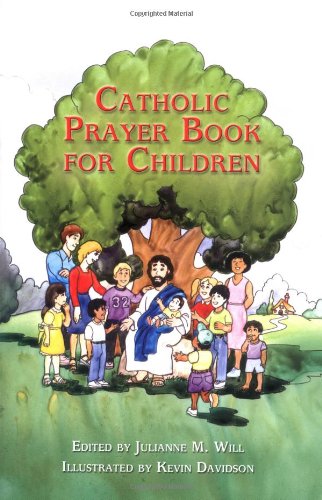 Catholic Prayer Book for Children
“With colorful, captivating illustrations, the Catholic Prayer Book for Children helps boys and girls ages 6 to 10 discover the beauty of prayer as it encourages them to form the lifelong habit of praying. ”There are traditional Catholic prayers as well as a "how to" for offering their own prayers. They also learn basics of the Catholic Faith such as “The 10 Commandments, Beatitudes, Sacraments, corporal and spiritual works of mercy, gifts and fruits of the Holy Spirit, lives of the saints, and more.”
Buy Now

3 Catholic Priests Who Can Really Sing! 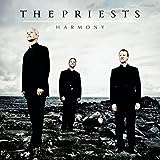 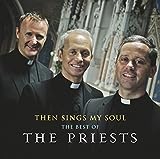 Then Sings My Soul: The Best of The Priests
Buy Now

Sometimes the most lethargic Catholic is a ‘born’ Catholic. Why? I think that a good way to explain it is by using the example of a child born into riches and a man who made his riches as an adult.

Most times, a child born into riches, usually takes all of his/her privileges for granted. He/she enjoys them without giving a second though to how they were earned and, in most cases, even abuses those privileges, living and spending money wildly and having no real purpose in life.

Likewise, ‘born’ Catholics often take the privilege of being Catholic for granted by doing the minimum to remain a ‘good’ Catholic; attending Holy Mass once a week or on Holy Days of obligation and attending religious instruction in order to get Baptized, receive Holy Communion, be Confirmed and get Married in the Catholic Church.

A man who emerged from poverty to make himself a millionaire, however, understands the importance of having money, what it can do for him and is driven to succeed by the remembrance of what it felt like to not have enough money. Likewise, a ‘converted’ Catholic is often someone who has been engaged in a significant amount of spiritual soul seeking/searching before joining the Catholic church and wants more than just ‘minimalist survival’ in a religious congregation.

In the final analysis, being ‘born’ a Catholic, as opposed to being a Catholic convert, doesn’t make one a better Catholic. So whether you are a ‘born’ or ‘converted’ Catholic, what really matters is how you live out your life as an example to Catholics and non-Catholics.

Most importantly, when you ‘fall’ into sin (not ‘if’, because you are human), be brave enough to get up and continue your journey of being a good Catholic. NEVER! EVER! let other people’s reminder of what you did or were in the past keep you from standing up and claiming your Catholic heritage which was handed down to you (born Catholic) or which you rightfully received (through your baptismal initiation into the Catholic Church).

May the peace of Christ be with you! Now let’s get to work!

Praying isn't for 'wimps' alone... - strong and wise men do it too! 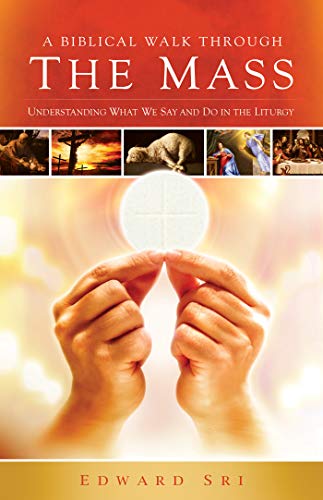 A Biblical Walk Through the Mass (Book): Understanding What We Say and Do In The Liturgy
I have found that my efforts to move from a passive Catholic to really understand the mass, it's meaning and why certain things are done, have given me greater appreciation and reverence for the Mass and my Catholic Christian heritage.
Buy Now

Whether you are a Catholic or a non-Catholic, let us know you were here.