The Biblical Elohim were a Race of Extraterrestrial Extradimensional Aliens

When looking at the Bible, our modern language is often not sufficient in order to understand what the book actually has written in it.

Original versions were in the Hebrew language. Hebrew was based on Phoenician, and that was based on Canaanite language. These derived from the part of the world we now call the Middle East.

In order to get to the true meaning of many things in the Bible we have to go back to these languages, or we might not understand what is being said to us.

Understanding these ancient texts is very difficult. Getting to the exact meaning and context is sometimes nearly impossible.

We have to look at customs and traditions of the culture that the language in question is derived from to properly understand it. We also must consider the bias of who might be interpreting ancient writings, as well as the perspective and beliefs of the interpreter.

We have to understand that we are also filtering information through our own bias. If we hold certain beliefs and are unwilling to examine other possibilities, our own interpretations might be completely off base.

If we are really trying to find an authentic idea about something, we have to examine all of the possibilities before coming to a conclusion. If we limit outcomes to include only pre-decided notions and beliefs, we can easily come to a conclusion that is not fair or balanced. Accurate conclusions can only be made according to the actual information we are attempting to understand.

It takes many years of dedicated work to decipher ancient texts. Many highly educated people and much patience is required in order to get an accurate translation.

Then, we have to trust and believe in what the interpreters and translators claim to have found. That also has to be questioned. When it all comes down to it, it's just some person writing something down. It's always completely our own choice to believe or not to believe.

We should all come to our own individual conclusions based on the information that we, ourselves, have uncovered and understood. Simply believing what someone else said often ends in being misled.

God is Plural in the Bible

In the original text, the word for "God" was "Elohim." This word could be used plural to mean more than one God, or it could be used singular to indicate only one god. How was it used in the Bible?

This, from the King James Version, makes it plainly obvious that the word God (Elohim) was being used in the Bible in the plural form.

This means that we can easily say "Gods," plural, said "us and our." This makes much more sense than "God," singular, referred to itself as "us and our."

The Elohim were actually a race of extraterrestrial extradimensional beings, not Gods. Every Elohim had its own name, first and last, just like Humans do. If we understand the Elohim in this way, everything in the Bible starts to look much different. Were these really powerful Gods, or might they have been something else?

Attempting to imagine this can be difficult. The idea that in ancient times some race of alien beings traveled to this Earth sounds ridiculous. Then, to take this idea a bit further and consider what Elohim did after their arrival should raise some eyebrows, at the very least. The implications of this can be quite frightening if fully considered.

Although bizarre, this is possible and very well could be reality. If this is true, the world we see around us today might not be at all what we think it is. Also, the Bible may be a different kind of book than we ever thought.

Could the Bible actually be a historical record of an alien invasion? Some people believe that to be true, maybe it is.

If primitive Humans did encounter beings that were advanced well beyond what they were, primitive Humans would have thought the beings were Gods. This is no different than when the natives of the Americas saw Europeans for the first time. Very often native people did think the Europeans were Gods.

In a modern world, scientific minded people call advanced beings aliens instead of Gods. Perception is the only difference.

The study of aliens and religion always eventually leads to the same conclusion. Somebody, from somewhere else, came here a very long time ago. This is a worldwide theme that is part of all cultures and religions. Upon deep research, these beings came into our reality, not from some other planet, but from another dimension. They are not physical beings that traveled a very long time and a very long distance to get here. They are nonphysical beings from another dimension who traveled a very short distance in no time at all to get here.

Both viewpoints, religious and scientific, are describing the same exact thing, only from different perspectives.

In ancient times, what they had to record events with was not like our modern internet at all. Before it was even on paper, it was on stone. Before that, it was on cave walls and clay pots.

We can draw a line straight through from cave walls to YouTube. On this Earth, there have always been people who have recorded some form of interaction with something that was obviously not part of what they considered to be Human activity.

If we can so easily make this unbroken line from ancient times all the way to present day, might it be that otherworldly beings have always been here?

Today, if what we call UFO's appeared in plain view for all to see, we would make records of these events. We would write books, make videos, take photos, and record the events by every means we have available to us. We would also tell our own personal stories about whatever we had individually seen. Stories of such an amazing event would travel down through time for many years to come, maybe forever.

Thousands of years into the future, with a much more advanced Human race, might they look back on us the same way we look at those who are ancient to us?

Today, we tend to think that those ancient primitive people and their "Gods" were just silly. People in thousands of years will look back at us and think how primitive the ancient people of the 21st century were, and how silly their "UFOs" were.

People of the future will likely think of these otherworldly beings differently than we do. Hopefully they will know that what we call aliens are the same thing as what those who came before us called Gods. They will possibly realize that what we think of as otherworldly beings are not Gods or aliens. People far in the future, well advanced beyond what we are, may believe that both ideas were silly. In their reality, these beings will likely be something vastly different from what we can possibly imagine today.

Even with our limited abilities to understand and identify things that fall outside of our normal realities, one thing will always be true. We will always make records, to the best of our ability, describing and depicting the events we see unfolding before us.

Lucifer and the Fallen Angels Land in Sumerian Writings

In the Bible, there is a story about how God kicked Satan and a third of the Angels out of Heaven.

In ancient Sumerian writings, thousands of years before the Bible, we can see nearly the exact same story. Ancient Sumerians recorded beings who they called the Annunaki coming to Earth. Annunaki has been translated to mean "those who from the heavens came." This is the same story. The records seem to be describing the same event the Bible describes. Everywhere on this planet they told this same story. The only difference is the language used and the perspective by which it was described. This means we are dealing with one event that took place all around the world at the same time. Non-Human entities, that the Bible calls Elohim, came here to this Earth from somewhere else.

When including all accounts of this event, we end up with a consistent story. At some point in history, beings who are not us came into our reality from somewhere else. Every ancient record of history says this is so.

According to this understanding, these beings not only came here, but then proceeded to take over the entire planet. According to all the stories, including the one in the Bible, these aliens told the people what to do and how to think. They dictated the belief systems that must be followed and demanded obedience. Apparently, these Gods would severely punish or even kill anyone who did not obey their every demand. Have a look at the Bible, that is exactly what it says.

If perceived in this manner, it is as if they showed up and took over. They implemented their culture and society here on Earth. They forced the natives of this planet to conform to their wishes and even procreated with Humanity.

Maybe the alien invasion that we see in movies has already happened. It happened thousands of years ago, and we actually have a very good record of it.

It sounds like science fiction, but this is absolutely possible. If we consider all possibilities, one of those possibilities has to be that what we call aliens arrived on Earth in our ancient past. What if they are still here? What if they have always been here? 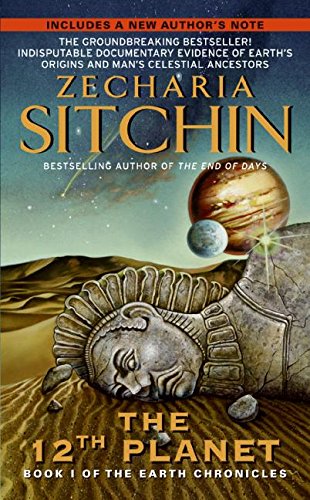