Everyday Sayings From the Bible

An Astonishing Number Of Everyday Expressions Come From The Bible

Did you know that Sign of the times or Twinkling of an eye or Drop in the Bucket or Red Sky at Night and many other apparently modern phrases also originate from the Bible?

This isn't surprising because until recent times the Bible was likely to be the only book to be found in the average home so generations of authors were knowingly or unknowingly taught by or inspired by the world's greatest book. The King James Version (KJV) of the Bible is an acknowledged literary masterpiece. We have also had a great deal of the Bible read aloud to us , in church, at school and elsewhere.

But what surprised me when researching my lens The Bible in Facts and Figures was how many not-overtly religious phrases and expressions originate from the Bible see below for a never-ending list.

If you are looking for a Saying from The Bible well you've come to right place : Seek and Ye Shall Find!

Common Sayings from the Bible

Apparently Modern Expressions from the Bible

Even More Sayings from the Bible 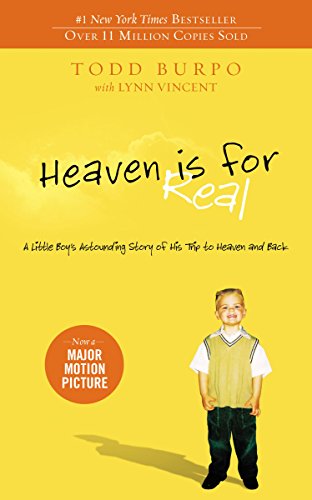 Where'd That Come From?

Have you ever wondered where phrases like "the skin of my teeth" or "two heads are better than one" came from? Well, they are actually straight out of the Bible. Many common phrases in the English language have direct or close relations to verses in the Bible. Steven McCalip's book Where'd That Come From? describes each phrase's original context and usage in an educational and exciting way

Popular Sayings That Come From The Bible

How to Read the Bible for All Its Worth
Buy Now

From the Old to the New Testament, Bible quotes appeal to persons of all faiths. Many Bible quotes have become so common that most people no longer associate them with the Bible. Whether in old or modern English, Biblical quotes offer easily understood words of wisdom.

The Book: A History of the Bible
Buy Now

Both of the following have been misinterpreted by over the zealous:-

You will tread upon the lion and the cobra; you will trample the great lion and the serpent. Because he loves me, says the LORD, I will rescue him

Spare the Rod, Spoil the Child

Prov 23:13: "Withhold not correction from the child: for if thou beatest him with the rod, he shall not die.

More Sayings from the Bible

Bet You Didn't Know That Came from The Bible!

Inspirational Sayings from The Bible - Motivational Expersions from the Bible

Cleanliness is next to Godliness

Apparently of Hebrew origins but not from The Bible, possibly also John Wesley.

God helps those that help themselves

I've decided that I've got to include the known phrases as well for completeness, see the list below:-

Rain on the Just and the Unjust

I am Alpha and Omega

The Root of all evil

A thorn in the flesh

Through a Glass Darkly

Beat their Swords into Plowshares

Get Thee Behind me Satan

Can the Leopard Change his Spots

Turn the Other Cheek

Be fruitful and multiply

A mess of pottage

The Mark of Cain

As old as Methuselah

The fat of the land

Stranger in a strange land

A land flowing with Milk and Honey

An eye for an eye a tooth for a tooth

Be sure your sin will find you out

The Apple of his eye

Out of the strong came the sweetness

How are the mighty fallen

The price of wisdom is above rubies

let us eat and drink for tomorrow we will die

A voice crying in the Wilderness

they have sown the wind they shall reap the whirlwind

no peace for the wicked

a law unto himself

Do you read the Bible?

How did this not get deleted from the bible?

And again I say unto you, It is easier for a camel to go through the eye of a needle, than for a rich man to enter into the kingdom of God.

Even more Expressions from the KJV Bible

What is the importance of the Bible to literature?

As said before the Bible would have been one of the few books to be found in a home for many hundreds of years, in fact if there was no Bible there was likely to be no books at all. Bibles were very common gifts or given as a reward for loyal service. So reading the Bible would be a frequent occupation for any educated person. The Old Testament in particular has many interesting and not necessarily religious stories, stories of wars, of natural disasters, of love affairs or treachery and faithfulness. So how could the bible not be an influence over nearly every author of previous centuries.