There have been a lot of articles written on The Buddha, thus, I believe there is no need to have it repeated here. For those who interested here's a great hub written about the Buddha, Life History of Buddha - Founder & Teacher of Buddhism. Anyway, I just want to comment here is that the Buddha was a human being who had attained enlightenment. In order words, HE is not something different from us, the only thing that 'had made' him different was that HE strived to discover "The Truth" since kalpas ago (and not just the eighty years he lived then). The wisdom and merits that he accumulated since eons ago had made him levels higher than us the laymans.

The Buddha is not a lord and he certainly will not jugde and punish us for the mistakes we have done. He 'IS' here to guide and teach us about the Dharma, which is the Truth about everything. The Buddha is our Teacher and not our saviour.

More importantly, there is not one but already countless of Beings that have attained enlightenment or Buddhahood and had started preaching about The Dharma eons ago. This was spoken by the Buddha and recorded as sutras. And since Siddhartha Gautama was the last known living Buddha that walked the earth some two thousand years ago, he was commonly referred as 'The Buddha'.

Below are some of the famous quotes that spoken by The Buddha when he was preaching the Dharma to his diciples. I sincerely hope that they will benefit you.

1. “An idea that is developed and put into action is more important than an idea that exists only as an idea.”

2. “The only real failure in life is not to be true to the best one knows.”

4. “However many holy words you read.. However many you speak.. What good will they do you If you do not act on upon them?”

5. “There are only two mistakes one can make along the road to truth; not going all the way, and not starting.”

6. “Your work is to discover your work and then with all your heart to give yourself to it.”

7. “I never see what has been done; I only see what remains to be done.”

8. “To conquer oneself is a greater task than conquering others.”

10. “When you realize how perfect everything is you will tilt your head back and laugh at the sky.”

11. “To be idle is a short road to death and to be diligent is a way of life; foolish people are idle, wise people are diligent.”

12. “Work out your own salvation. Do not depend on others.”

13. “No one saves us but ourselves. No one can and no one may. We ourselves must walk the path.”

14. “Ambition is like love, impatient both of delays and rivals.”

16. “The whole secret of existence is to have no fear. Never fear what will become of you, depend on no one. Only the moment you reject all help are you freed.”

17. “There is nothing more dreadful than the habit of doubt. Doubt separates people. It is a poison that disintegrates friendships and breaks up pleasant relations. It is a thorn that irritates and hurts; it is a sword that kills.”

Buddha Quotes on 'The Truth'

1.“Three things cannot be long hidden: the sun, the moon, and the truth.”

3. “You cannot travel the path until you have become the path itself.”

4. “All things appear and disappear because of the concurrence of causes and conditions. Nothing ever exists entirely alone; everything is in relation to everything else.”

5. “Believe nothing, no matter where you read it, or who said it, no matter if I have said it, unless it agrees with your own reason and your own common sense.”

6. “To understand everything is to forgive everything.”

8. “Virtue is persecuted more by the wicked than it is loved by the good.”

9. “There has to be evil so that good can prove its purity above it.”

10. “Unity can only be manifested by the Binary. Unity itself and the idea of Unity are already two.”

1. “Holding on to anger is like grasping a hot coal with the intent of throwing it at someone else; you are the one who gets burned.”

2. “In a controversy the instant we feel anger we have already ceased striving for the truth, and have begun striving for ourselves.”

Buddha Quotes on Love and Compassion 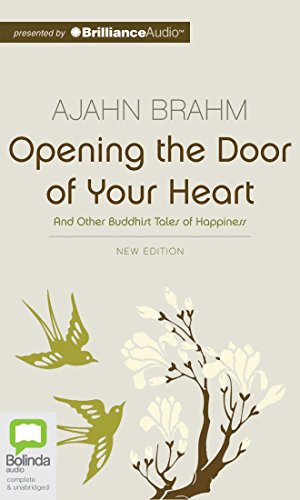 Opening the Door of Your Heart
Buy Now

1. “Have compassion for all beings, rich and poor alike; each has their suffering. Some suffer too much, others too little.”

2. “He who experiences the unity of life sees his own Self in all beings, and all beings in his own Self, and looks on everything with an impartial eye.”

4. “Teach this triple truth to all: A generous heart, kind speech, and a life of service and compassion are the things which renew humanity.”

5. “Thousands of candles can be lit from a single candle, and the life of the candle will not be shortened. Happiness never decreases by being shared.”

6. “We are formed and molded by our thoughts. Those whose minds are shaped by selfless thoughts give joy when they speak or act. Joy follows them like a shadow that never leaves them.”

8. “In the sky, there is no distinction of east and west; people create distinctions out of their own minds and then believe them to be true.”

9. “Hatred does not cease by hatred, but only by love; this is the eternal rule.”

1. “Do not overrate what you have received, nor envy others. He who envies others does not obtain peace of mind.”

2. “Better than a thousand hollow words, is one word that brings peace.”

4. “Even death is not to be feared by one who has lived wisely.”

5. “Chaos is inherent in all compounded things. Strive on with diligence.”

6. “The tongue like a sharp knife... Kills without drawing blood.”

7. “Just as treasures are uncovered from the earth, so virtue appears from good deeds, and wisdom appears from a pure and peaceful mind. To walk safely through the maze of human life, one needs the light of wisdom and the guidance of virtue.”

8. “On life's journey faith is nourishment, virtuous deeds are a shelter, wisdom is the light by day and right mindfulness is the protection by night. If a man lives a pure life, nothing can destroy him.”

9. “Peace comes from within. Do not seek it without.” 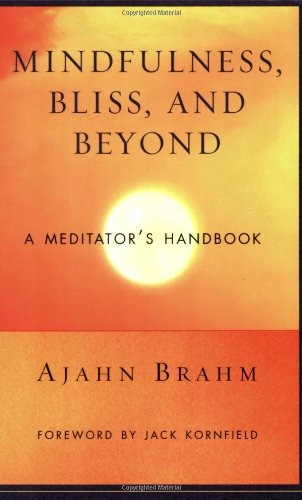 Mindfulness, Bliss, and Beyond: A Meditator's Handbook
Buy Now

1. “Do not dwell in the past, do not dream of the future, concentrate the mind on the present moment.”

2. “Those who are free of resentful thoughts surely find peace.”

3. “The secret of health for both mind and body is not to mourn for the past, worry about the future, or anticipate troubles, but to live in the present moment wisely and earnestly.”

4. “All that we are is the result of what we have thought. The mind is everything. What we think we become.”

5. “Every human being is the author of his own health or disease.”

6. “To keep the body in good health is a duty...otherwise we shall not be able to keep our mind strong and clear.”

7. “We are shaped by our thoughts; we become what we think. When the mind is pure, joy follows like a shadow that never leaves.”

8. “All wrong-doing arises because of mind. If mind is transformed can wrong-doing remain?”

10. “The wise ones fashioned speech with their thought, sifting it as grain is sifted through a sieve.”

12. "Whatever words we utter should be chosen with care for people will hear them and be influenced by them for good or ill.” 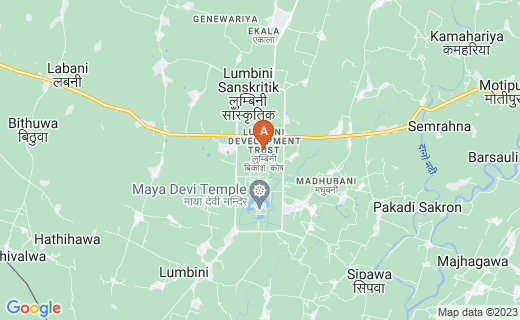 The Birthplace of The Awaken One!

Kindly rate this hub. You're very much appreciated!

4.9 out of 5 stars from 9 ratings of Best Buddha Quotes