Crystal Concepts is a hub written and managed by a certified yoga and Pilates teacher with a Diploma in Exercises and Sports Science.

Also known as the tarocchi or tarock, the tarot is composed of twenty-one cards in the major arcana and fifty-six cards in the minor arcana. The minor arcana is divided into four suits: cups, wands, coins and swords. Each suit has an ace, a king, a queen, a page, a knight and cards that are numbered from two to ten.

The cups, sometimes chalices, represent water which is associated with emotions and intuition. This suit is also associated with the water signs: Cancer, Pisces and Scorpio.

The wands or batons sympolize fire which is associated with passion, aggression and creativity. This suit is also associated with the fire signs: Sagitarius, Aries and Leo.

The coins or discs represent the earth which is associated with material possessions and financial stability. This suit is also linked to earth signs like Taurus, Capricorn and Virgo.

The swords represent the element of air and talks about the mind and intellect. This suit can be associated with air signs like Libra, Gemini and Aquarius.

According to popular belief, tarot cards can be used for fortune telling. People who are into esoterics, on the other hand, believe that the tarot cards is just an instrument that can be used to link the conscious and the unconscious and reveal what is already known by the unconscious. Some rely on the cards to give them some insights on the situation they are in and the endeavors that they they will engage in in the future.

Traditionally, tarot card reading is done while the querent is facing the reader in a calm and quiet atmosphere. However, with the emergence of the internet, online tarot card reading has been made available. This hub contains some sites that you should visit in case you are looking for a free online tarot card reading. As you go through this journey, make sure to keep your mind open and objective. Accept what the cards have to say but do not base your life on it because you do have control of your life and your future.

Some Spreads From Facade 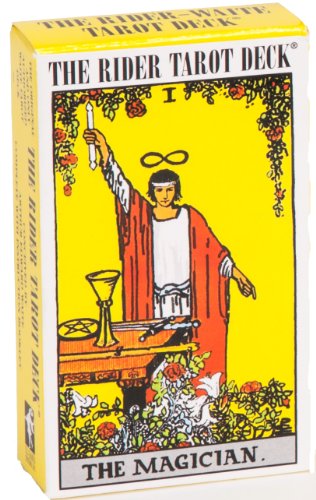 This site offers unlimited tarot readings free of charge. You can choose from a variety of spreads that include the Celtic Cross, Creative Process, Cross and Triangle, Fourfold Vision, Hagall, One Card, Relationship, Shadow Truths, Three fates, Twisting Paths and Two Paths, depending on the issue or question that you want the card to shed some light on. You can also pick the type of the deck that you would like to be used for your reading. The tarot card decks available in this site are Aquatic Tarot, Ator Tarot, Benedetti Tarot, Cat People Tarot, Colman Smith Tarot, Curious Tarot, Golden Tarot, Haindl Tarot, International Icon Tarot, Lovecraft Tarot, Marseilles Tarot, Minchiate Tarot, Palladini Tarot, Phoenix Tarot, Renaissance Tarot, Rider Waite Tarot, Russian Tarot of Saint Petersburg, Sola Busca Tarot, Voodoo Tarot of New Orleans and William Blake Tarot. The images on these decks are rather dark and intense.

The downside of getting a reading from this site is that it doesn't have a guide that gives you information regarding the spread, the deck or how choosing the significator and including reversed meanings can affect your deck. The information is given in your reading. Also, it tends to give several interpretations, leaving you the option to pick the interpretation that matches your circumstance.

Here are some of the spreads that I've tried in this site: The Celtic Cross is actually one of the most common spreads used in tarot card reading. It can show you the different aspects of a complex situation. In this spread:

The Creative Process spread is perfect if your question involves a future endeavor and you would like to find out how it will unfold. In this spread:

The Two Paths spread is perfect for people who need to make a decision. It shows you the possible outcome of each option.

This is a great site for people who love legends, fairies and folklore since the decks used in this site embody these figures. In the Fairy Ring deck, you can find pictures of fairies, pixies and other creatures from their realm. Those who are enthralled by the legend of King Arthur can use the Legends Deck. Other decks that are used in this site are the Llwellyn Tarot, the Gilded Tarot, the Quest Tarot, the World Spirit Tarot, the Celtic Dragon Tarot, the Witches Runes, the Shapeshifter Tarot, the Medieval Enchantment Tarot, the Golden Dawn Tarot and the Sacred Circle Tarot.

This site also allows you to choose the layout for your reading. The Celtic Cross, Finding Animal Helpers, Hexefus, Path to a Goal, Planetary, Ten Card Spread and Past, Present, Future are they layouts that you can try in this site. The Hexefus and the Finding Animal Helpers are two of the novel layouts that you can find in this site. In the Hexefus:

In the Finding Animal Helpers Spread

By trying out the layouts in this site, you can find a lot of deep insights that can relay messages from your spirit. They can also bring you some form of clarity and show you a more meaningful purpose in life. In this website, you can also try the Magical Personality Quiz and the Romantic Compatibility Test. It also has some interesting sections like the Moon Phase Tracker, the Spell-A-Day and Spooky Stories.

This site can give you a well-guided free tarot card reading service. Each section of the site has a description that tells you what to expect from it. It even gives you some tips on the proper way of picking cards. It encourages you to reach within yourself and let your intuition guide you in picking the right cards.

This site can also give you some lessons on how to interpret the different cards. It also provides other services like cartomancy, horoscopes, I-Ching, numerology, palmistry and runes. This site can also provide you some insights on your past life and your angel guides. It also has a section wherein you can find psychics that can tell you about your future. You can also learn about meditations in this site.

Learn to Read the Tarot Intuitively

The Mystic Games community is a great site that offers free tarot card reading and other services like runes, I-ching and horoscopes. It even gives you the option to save your readings as long as you are a registered member of the community. Within the site, you can also find sections and links that offer information on dreams, tarot card reading, runes and several natural remedies.

Another wonderful thing about this site are the graphics which make the reading realistic. You can also pick from a variety of spreads and decks. And, you are well-guided as you go through each step.

The spreads available in this site are: Card for the Day, Celtic Cross, Joint Solution, Know Thyself, Love Oracle, My Greatest Strength, My Greatest Vice, Path and Goal, Tarot Magic, Testing Love Spread, The Cross, The Path, The Relationship, The Star, The Solution, Three Card Romance, Today and Task and The Very Personal Spread. The description of each spread can be found in the site. These descriptions tell you what inisghts the spreads can offer you.

The Universal Psychic Guild can give you a lot of information of tarot card reading, astrology and dream interpretation. It also offers you a free tarot card reading. Although its readings can be very personal as they are based on your name and birthday, the downside is that you need to submit your e-mail address in order to get your reading. And, in the process, you maybe obliged to accept some newsletters from this site. The site uses two decks: The Rider Wate Deck and the Minchiate Eturia Deck. The Celtic Spread and the Daily Influences Spread are offered by this site.

This site also has some paid services that include phone readings and online video chats with psychics. It also has sections that offer dating services and wellbeing and spiritual information.

Do you believe in tarot cards?