It is often heard in expression of women's spirituality, but it's not exclusive to that.  Goddess-spirituality is not anti-male.  The Horned God, as the male aspect is called, is a necessary and balancing compliment and consort to the Goddess.

Goddesses of the World

The many goddesses found throughout the world are nearly endless. Sometimes cultures came up and older goddesses were absorbed into newer belief systems. In my own beliefs, I view the various goddesses as different facets of a Supreme Divine Feminine. Much like different faces on a diamond, or like the different parts of our personalities. Some parts may be distinct, but they are all part of a larger whole.

Learn More About The Goddess

Here are some books that I own and which I turn to regularly for reference and information.

The Woman's Encyclopedia of Myths and Secrets
Buy Now

This triple aspect of the Goddess is found in many cultures.

In many Goddess traditions there is the concept of the Godess as being threefold. Each stage represents different seasons or stages of life, or even moon phases. They are known as Maiden, Mother and Crone. This type of viewpoint can be found in the older Greco-Roman traditions, in Norse/Asastru, Celtic Wicca, Hindu beliefs and more.

The Maiden is the Goddess portrayed as a young Girl. She symbolizes the new moon, spring, youth, innocence, purity, new beginnings and rebirth. White was most often the color associated with this aspect of the Goddess and she was often invoked for puberty rituals, first plantings and the start of new ventures.

The Mother is the Goddess grown into the full-flowering of womanhood. The full moon symbolizes this phase, as does the color red. The Mother is viewed as possessing the qualities of growth, fertlity, ripening, sexual awareness and power. The Mother is sometimes also viewed as a warrior, a position of defending her young. She is invoked for rituals dealing with marriage and childbirth, for the fruiting of crops, and bringing projects into fruition.

The Crone is the Goddess in the position of wise elder. She is a woman now in possession of the experience and wisdom of a full life. The waning moon and the color black are her symbols. In addition to wisdom, she is associated with change, transformation and death. The Crone is invoked for burial rituals, for things that are ending (leaving a job, getting a divorce), partings of ways and menopause.

Expand and explore further aspects of the Goddess via music. 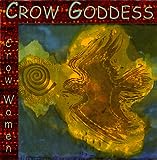 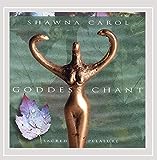 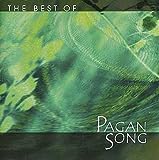 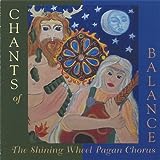 The Gaia Hypothesis or Gaia Thesis encapsulates the idea that the Earth and the space area very near to it is a living being, with all life as we know it on the surface being part of a single larger living whole.

Two different men both began thinking of this theory around the same time. One was NASA research scientist James Lovelock, who came at the idea from the vantage point of envisioning a geo-biosphere which is self-regulating and self-sustaining. The other was Oberon Zell-Ravenheart, a sculptor/theologian and self-identified Wizard, who was one of the founding members of the Church of All Worlds. What both men have postulated is that every form of life and all of the systems found on the planet Earth are in fact the subsystems of a larger single living organism, which includes not only the planet and all life on it, but all of the matter and material that is located in close proximity to the planet, a singular being they call "Gaia." From this vantage point, all the barriers of race and culture become inventions of man, fragmenting ourselves from each other instead of looking at human life as a singular form of existence.

You don't need much to establish an altar for your favorite goddess. Areas of the home that related to the energies of your deity can be make appropriate by devoting and dedicating just a small area to a small display. Some people like objects which are symbolic of the Goddess and some like a more iconic figure, something specifically representational.

Altars are often draped or decorated in a color of significance to the goddess being honored. Flowers sacred to her, or candles in her colors are also appropriate. Many people like to add live plants, crystals and bowls with salt and water. These symbolize earth connections and can also be used for ritual cleansing and energy work.

Get a Goddess of your Very Own

Whether you're looking for a doll, a statue, a figurine or an icon, this list is sure to help you find the goddess you've been seeking.

Goddess Temples - join together with others in sacred space

Share Your Thoughts On The Goddess! - comments, meditations, feedback and more