A Goddess Temple In The Desert

In the 21st century, the idea of a goddess temple in the desert, located right in the middle of an area with a federal prison, a nuclear test facility and a military base that is center for the majority of UAV controllers (unmanned aerial vehicles, aka drones), may seem out of place but in a world that seems to be rapidly losing its sense of balance, that may be just what the Goddess wanted.

The Center for the Study of Goddess Spirituality Dedicated to Sekhmet is many things to many people. It's a non-profit center which explores and supports the idea of the gift economy. It's a temple dedicated to the desert goddess Sekhmet, the lion-headed daughter of the Egyptian sun god Ra. It supports the actions of grassroots peace, women's rights and anti-nuclear movements. And it's the dream of founder Genevieve Vaughn come to life through the actions and dedication of many hands.

This video shows you what it is like to stand in the temple and turn around and view the space, including the various shrines and the fire pit. Video by Relache

Heart Of The Sun: An Anthology In Exaltation Of Sekhmet

An anthology of collected writings about Sekhmet, created by some of the women affiliated with the temple. The collected authors include former priestesses at the Temple, members of the local Las Vegas magickal/spiritual community, and academic goddess scholars.

Info about the temple and the goddess Sekhmet 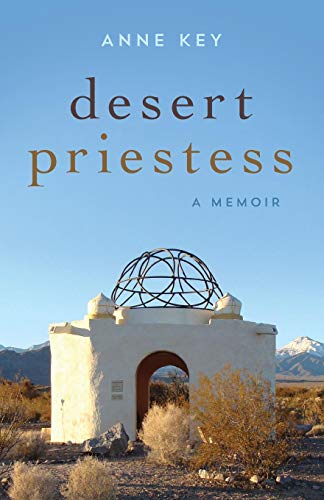 Memoir of Anne Key who was the priestess of the Sekhmet temple for three years.

The Temple is out in the desert, about an hour northwest of the city of Las Vegas. It used to be pretty quiet out there but growth of that city has changed things a lot over the last decade. The Temple land is owned by the Shoshone Nation, bought from the government (who stole it from the Shoshone) and then gifted back to them with the actual Temple land now rented from them.

The location sits approximately in the center of three government facilities: a federal prison, a nuclear test site and a military base which houses the majority of the US drone control facilities. The Temple works to support peace efforts, prisoner outreach, human rights and many more humanitarian causes, putting out energy that is counter to all that is around it.

Local goddess-oriented groups also use the site for their spiritual practices. There are new and full moon meetings each month and a festival to the goddess Sekhmet which is celebrated annually. The resident priestess also works to provide workshops and social events, such as crafting circles, lectures and movie nights.

When the land was first acquired, there wasn't hardly anything there. A house sits on the land, housing the priestess/caretaker. There is also a trailer house which is used for visiting guests and provides meeting space for events. With prior arrangements with the priestess, groups or individuals can schedule retreats there.

The Temple itself was designed and built by a women's collective. The straw bale structure was made from materials on the land and features doors in the four directions and a roof that is open to the sky. This houses the goddess statues and is the core of the sacred space. Adjacent this building are several other features which have been constructed over the years.

A Fairy Grove honors the Fae Folk and is full of all sorts of statues and icons brought by guests and visitors. A unique labyrinth in the shape of a goddess icon was built on the land for walking meditations. A ship's mast was found on the temple land and put up to be the Maypole used to celebrate Beltane. As time and donated materials permit, gardens are slowly evolving. There is also a found-art project in progress, building symbolic stations which represent some of the many names of Sekhmet. Eventually this will form a path for meditation and contemplation that weaves around and connects different parts of the land. 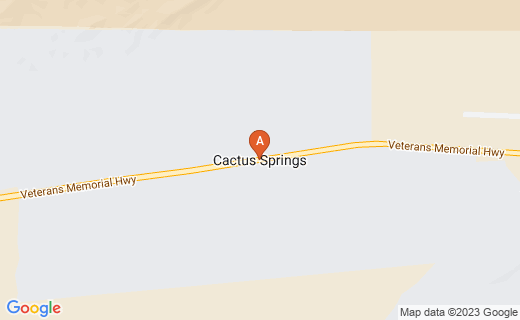 There are no specific signs and you will have to keep an eye out for it on the left-hand side of the road as you drive north on 95.

One of Genevieve Vaughn's founding principles of the Temple is the practice of the "gift economy." It does not cost anything to stay there and is space is entirely supported by donations. When you stay, you can gift the Temple with physical help on projects, donate needed items or make a monetary contribution.

Before you plan your visit, you'll want to contact the priestess and find out what projects are in progress or what events might be taking place. There might be a need for specific supplies depending on what is about to happen or what has just happened. You can also check a wishlist of items posted on the Temple website.

Gifts of service are also possible. The land where the Temple and guest house facilities are located are somewhat remote and there is often a need for some repairs or upkeep at the site. Several improvements such as a garden expansion, the construction of a greenhouse and the building of a drum circle are also works-in-progress. In keeping with the location and the Earth consciousness cultivated there, many of the plans involve earthen building techniques. 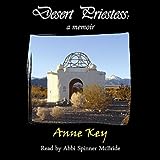 This is an audiobook of Anne Key's memoir, read by Abbi Spinner McBride

Local Groups Supported by the Temple