Tales of haunted highways and roads have been passed along for years in countries all over the world. While many of them are just considered to be local legends, some are very famous - like Route 66.

Believer or not, after you read some of these tales, you may think twice about taking that drive...

Check out HauntedHighways.info for more stories about haunted highways.

This road runs between Georgetown and Lotus, parallel to Marshall Road. This is a treacherous mountain road where dozens of people have died over the last 150 years. Tales are told of a grumpy old prospector who emerges from a patch of weeds on the side of the road. He gradually materializes and floats up the embankment toward oncoming vehicles. He points his finger menacingly and silently mouths "Get off my claim".

A section of this modern thruway is haunted. Engineers built the highway over sacred Creek Indian burial grounds. The hills around Evergreenremain the Creeks' spiritual home, and many believe that their ghosts haunt the white man's highway that runs through the middle of it. The Creeks loved the land so much that they said goodbye to every tree and hill when they were forced to leave the area in the 1830s. Of 15,000 Creeks who marched to a reservation in Oklahoma, more than 3,00 died along the way. Between 1984 and 1990, there were 519 accidents, 208 injuries, and 23 deaths on theis 40 mile stretch of highway. The road is even, straight, and well maintained, but the accident rate is well above average.

The ghost of a young man flagging down a ride is invariably struck by drivers trying to avoid him. Lonnie Stephens was falsely accused of murdering his girlfriend in September 1934, and it was not until many years later that the real killer confessed. But it was too late for Lonnie. The innocent man managed to escape from a chain gang and was attempting to hitch a ride when he was struck and killed by a car. Lonnie's ghost is still seen standing in the middle of the road pleading for someone to stop, his arms outstretched in and imploring gesture. Lonnie's ghost is seen on the northbound lanes of Highway 11, and exit off Highway 565 between Decatur and Huntsville.

Several versions of the Vanishing Hitchhiker legend originate on the highways between Little Rock and surrounding communities. Someone picks up a young girl hitchhiking, usually on a rainy night, and when the driver gets to the house where the girl wants to get out she disappears. The astounded driver knocks on the door of the residence only to be told that the ghost of the owner's daughter returns on the anniversary of her death. The girl died in a car wreck at the spot where the driver picked her up. The haunted area on Highway 365 is from Little Rock to Woodson, and from Redfield to Pine Bluff.

North of Little Rock is the stomping ground of another highway ghost, but this one has a name. Laura Starr Latta died a month before her 20th birthday in an accident on the old road in 1899. The area on U.S. Highway 64 runs from Conway to Morrilton.

The ghosts of 3 nuns alledgedly tortured and killed by Indains have haunted this roadway for over 100 years. Las Tres Hermanas, as they have come to be called, stand on the roadside with their arms folded, wearing black and white habits. Ortega road is located in Montecito, which is on Highway 192 in Santa Barbara County. 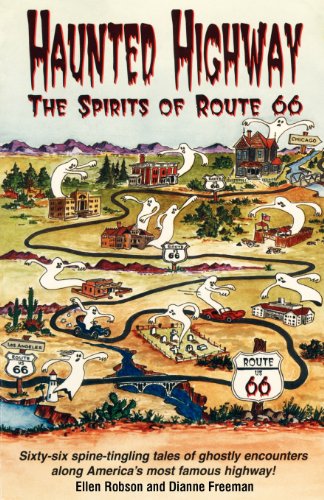 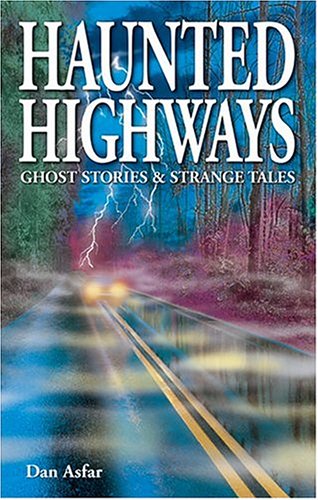 Have You Ever Driven Down a Haunted Highway?