How I Found Opus Dei and My Devotion to St. Josemaria Escriva

Ms. Charito is a Filipino based in Manila. She has worked as an executive assistant and a journalist. She is a widow with a grown-up son.

The saint who changed my life

I have been a member of Opus Dei since December 8,1990. Our founder, St. Josemaria Escriva, has done me a lot of good as far as practising my Catholic faith is concerned. Moreover, my life has become more meaningful because of this saint's teachings. Although I had never met him in person (he had gone to Heaven on June 26,1975), I definitely learned much from his writings and videos of his get-togethers.

In this hub, I share with you how St. Josemaria's preachings help me to struggle each day to live a holy life.

Who was St. Josemaria Escriva?

Although much has been written about him, I will nevertheless give a brief account of the life of this holy man.

St. Josemaria was born in Barbastro, Spain on January 9,1902. He grew up in a home where his good parents practised the Christian faith and virtues, thus imparting them to him and his siblings. It was this exceptional act of his parents that - he later claimed - led him to respond to his divine call to the priesthood. 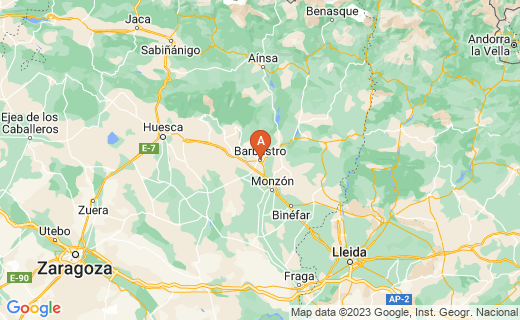 At a tender age, he suffered two misfortunes in his life - the death of his three sisters and a severe illness that almost killed him. Thanks to his devout mother who sought the intercession of the Blessed Virgin Mary, Josemaria miraculously recovered.

Another setback he had to deal with was the loss of his father's business, prompting the family to move to another city. Yet, his parents' serenity and heroic deeds in the midst of all this adversity made a deep impression on him. The young Josemaria could sense - through these events - that God was showing him the way to something greater.

With his father's blessing, therefore, he decided to enter the priesthood. On October 2,1928 - while on a retreat - he finally saw by divine inspiration what God had wanted him to do - to found Opus Dei. Monsignor Escriva also saw that this was the means in which people from all walks of life (laypeople and priests/nuns) could attain holiness.

Thus, he lost no time in forming Opus Dei by first gathering several virtuous men - students and professionals - to assist him in this endeavour. These became the first members. However, hardships came along the way when the Spanish Civil War broke out, and Monsignor Escriva and his group had to flee to a safe territory by crossing the Pyrenees.

St. Josemaria in the midst of the Spanish Civil War

But after these obstacles were hurdled, the priest and the first members had resumed the establishment of Opus Dei which - to this day - contributes much to the Catholic Church's undertakings, and has helped thousands of people in shaping their spiritual life. Today, Opus Dei continues to spread to many countries all over the world.

Studying at the University of the Philippines (U.P.) in the early '80s was a tough experience for me. I went through my entire college life without theology classes since U.P. - being the national university - respects religious freedom. Though there are many Catholics among the students, there are also those of other religious denominations.

Back then, I felt lost without the cathecism classes I used to enjoy in my elementary and high school years, having studied in two Catholic schools for girls.

To keep my faith alive, I decided to join the campus Catholic action group in my sophomore year. But this organization - I realized later on - did not fully satisfy my spiritual needs, as its thrust was on outreach activities. I felt I needed a more solid Catholic formation.

I then searched for something more meaningful and not long enough, I discovered St. Josemaria Escriva's Opus Dei.

How did this happen?

Try saying the prayer above several times. Come back. Was your petition granted?

I found out that there were a lot of female students in U.P. who had contact with Opus Dei. Some of them were actually members. It happened that one of them - Loudette - was attending the same classes as I was. We instantly became friends and she gave me the prayer card to the Opus Dei founder. (Back then, though, he was called a "servant of God", for he had not yet been beatified.)

At first, I paid no attention to it. But when I encountered some difficulty with a couple of my academic subjects, I started to pray to him. My petitions were granted, and I was soon making progress in my studies. When I told Loudette about this, she was pleased. She then brought me to an Opus Dei center located near the campus. It was called the "Tanglaw University Center". Here, I discovered that Loudette was living with other college girls. There were many from U.P., but there were also others from the nearby colleges.

My first visits to Tanglaw were most memorable. The residents were very cordial and cheerful. The girls regularly attending the activities (also known as "St. Raphael girls") were also very friendly. The camaraderie was so warm that I just had to frequent the place.

Tanglaw was also a homey center with tasteful furnishings. It was equipped with a chapel, a library, and an auditorium.

As I went to this center regularly, I found myself attending Christian doctrine classes, cultural activities (which in Opus Dei are called "get-togethers") and spiritual recollections. I also learned to do certain acts of piety like praying the Rosary and attending the holy mass daily.

Loudette had also taught me to do mental prayer for fifteen minutes. I would spend this time having a heart-to-heart talk with our Lord Jesus Christ about anything that concerned me. (Today, I do this exercise for half an hour daily.)

In this get-together, St. Josemaria talks about the value of prayer.

When I graduated and had my first job, I then transferred to a center for young professional women where I continued to receive spiritual formation.

As time passed, I realized that the bottom line of all this was St. Josemaria's teachings. Apart from just praying a novena to him, I learned much from his writings and the exemplary lives of other Opus Dei members.

What attracted me to St. Josemaria and his Opus Dei was the idea that one can attain holiness without having to enter the religious life. Sanctity, in other words, can be achieved in whatever circumstance a person is in. All he has to do is offer up to God all his noble daily tasks and activities - for so long as they are done with human perfection. It is no wonder then why this "saint of ordinary life" called Opus Dei as such. In English, it means "Work of God".

St. Josemaria's works also talk much about putting God first in everything that we do. A saint must be one who finds time each day to pray, and does his work well. No wonder. When I first met the members of Opus Dei, many of them were outstanding in their academics and competent in their jobs.

Sanctity is made up of heroic acts. Therefore, in our work, we are asked for the heroism of finishing properly the tasks committed to us, day after day, even though they are the same tasks.

It is because of this that I decided to join Opus Dei in 1990 with much enthusiasm. At that time, I was still a single woman very much immersed in her writing career.

To this day, all of St. Josemaria's preachings and other things I learned from Opus Dei members have helped me evolve into a better person as far as maturity and a sense of spirituality are concerned.

I have coped with many trials - the failure of a college entrance test, the loss of a job, the death of my husband, and never-ending financial straits. Yet, God has showered me with many blessings despite these sufferings. And with these, I have moved on pretty well.

With strength of heart, I am determined to go on being in Opus Dei until the day I die. It is this - plus St. Josemaria's preachings - that help me to survive this chaotic life.

I would like to share with you some of St. Josemaria's divine thoughts that have helped me and many Christians deepen our faith. Some of these passages come from his three pocketbook volumes - The Way, Furrow and Forge.

I would strongly advise that you go to a chapel and reflect on these words. They are sure to touch your heart, as they have touched mine.

Do you believe in St. Josemaria’s preaching that anyone (student, professional/worker, housewife/mother, clergyman, etc.) can be a saint for so long as he does everything for the glory of God? 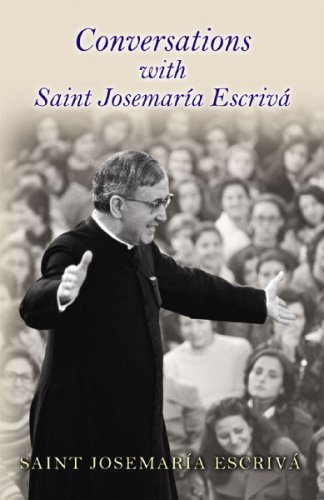 Conversations with St. Josemaria Escriva
In this book, he talks much about Opus Dei, stressing that its spirit aims to make people aware that they can achieve holiness by doing their ordinary duties well. He also tackles issues on family life, education, society, personal freedom, and love for the Church.
Buy Now

The Man of Villa Tevere
Translated from Spanish, this biography of St. Josemaria is filled with anecdotes of his day-to-day life which reflects Opus Dei’s spirit. The author is an Opus Dei member.
Buy Now

Comments - So, what do you think about St. Josemaria and Opus Dei?