In A Twinkling Of An Eye

Twinkling Of An Eye

What is the meaning of "Twinkling of an eye?"

If you blink, you will miss it. It is the same as a split second, as if a second could be split into two halves. If something happens in the twinkling of an eye, it happens very quickly.

For some it can mean a loss of a job, a loved one, losing your home, a horrible accident, a missing child, or even a bad report from the doctor. And it usually comes when you least expect it.

True sometimes there are signs that show us a possible outcome. Yet there are also times when you never took a second thought to anything ever happening to you, much less a loved one.

But it happens and again, sometimes can happen in a split second. Your entire life can be changed without warning. I know many most likely can relate when they have had their homes hit by tragic circumstances, which then caused them to lose everything in just a "split second", and/or in a Twinkling of an Eye.

52) in a flash,in a twinkling of an eye, at the last trumpet. For the trumpet will sound, the dead will be raised imperishable, and we will be changed.

27) People were eating, drinking, marrying and being given in marriage up to the day Noah entered the ark. Then the flood came and destroyed them all.

28) "It was the same in the days of Lot. People were eating and drinking, buying and selling, planting and building.

29) But the day Lot left Sodom, fire and sulfur rained down from heaven and destroyed them all.

With so many situations happening around us you would think that we would do everything on our part to be ready for the Lord when He comes, right? This too can happen when we least expect it; in a Twinkling of an Eye.

We cannot afford to be careless while not taking His warnings seriously. Everytime I get on my computer there is some tragic incident in the world, hitting places that have made many victims, causing horrific outcomes, and that have hit directly in the lives and homes for many people on our planet.

To me it is a wake up call to understand that these things can truly happen in a split second. But still so many of us go on living a life that tends to be careless and reckless. There is usually no thought to the possibility that something tragic can hit within our own household.

Worse yet, we allow our choices to affect our eternal end. Forever and ever, no turning back. I am not saying that we should live our lives in fear, but we should live in "holy fear" by living a lifestyle of true respect to the Lord, and by being ready at all times. Because once He comes for us that will be our one and only chance of salvation, and there will be no second chance when He comes for His own.

35 Two women shall be grinding together; the one shall be taken, and the other left.

36 Two men shall be in the field; the one shall be taken, and the other left.

The Coming Of The Lord

ARE YOU READY for the COMING of the LORD?

3) Two men shall be in the field; the one shall be taken, and the other left.

Jesus Christ the same yesterday, and today, and forever.

Lot had family that had become compromised by the evil of their surroundings. They had no fear of God, and laughed Lot to scorn.

Does Prophecy still exist and did it ever exist? Here are some reading material that may help to understand the truth of Bible prophecy. 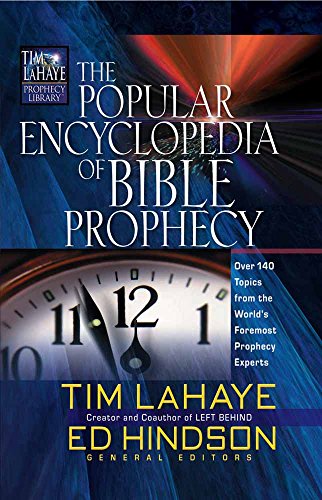 We live in a similar generation and society today, where the families of many believers are careless and unconcerned about such things.

It really saddens me to see the very members of my own household not believe the way they were taught growing up. They have allowed the changes of the world to affect the way they believe today.

How many believers, themselves living holy lives, have taken their families into social settings and compromising churches only to watch their children lose the fear of God?

It is sad to consider this man of God; 'LOT', having to leave these cities knowing that part of his family was "left behind." In fact, Lot was so hesitant to leave that the Angels had to remove him.

In a Twinkling of an Eye this can happen to any one of us, or like Lot's to a child, spouse, brother sister, neighbor, friend.

ARE YOU READY for the COMING of the LORD?

But he seemed as one that mocked unto his sons in law. And when the morning arose, then the angels hastened Lot, saying, Arise, take thy wife, and thy two daughters, which are here; lest thou be consumed in the iniquity of the city. And while he lingered, the men laid hold upon his hand, and upon the hand of his wife, and upon the hand of his two daughters; the LORD being merciful unto him: and they brought him forth, and set him without the city." (Genesis 19:14-16)

The angels had to take Lot, and his wife and two of his daughters by the hands, and take them out of the city.

This generation seems about as reluctant to escape this sinful world as Lot, and his family were.

Finally, the angel said, "Haste thee, escape thither; for I cannot do anything till thou be come thither. Therefore the name of the city was called Zoar." (Genesis 19:22)

Lot's wife looked back and lost her deliverance. She was leaving daughters, son in laws and probably grandchildren to be consumed in the flames of fire and brimstone.

She could not refrain herself from looking back when her own flesh, and blood was about to suffer hell on earth.

"But his wife looked back from behind him, and she became a pillar of salt." (Genesis 19:26)

Is it possible that this will be repeated when Jesus Christ comes for His Saints? Will there be saintly people so passionate about their unsaved loved ones, and the ways of the world that they miss the Rapture? Please don't misunderstand me when I say that we have every right to be concerned for our loved ones, but we also must not compromise for the sake of those we care about.

33 Listen to my instruction and be wise;

do not ignore it.

34 Blessed is the man who listens to me,

watching daily at my doors,

waiting at my doorway.

35 For whoever finds me finds life

and receives favor from the Lord.

In A Twinkling Of An Eye

In a Twinkling of an Eye: Dear precious Lord help us to not take light of your warnings and signs all around us. Send your grace and allow us to have the desire to be ready at all times, and when we fail please forgive us and help us to start all over again in faith by your mighty Spirit, leading and guiding us into all truth. This I pray in Jesus mighty name. Amen!