Why it Pays to Do Things Differently From Other People

For next time you're feeling like giving up and conforming, here's 5 reasons it pays to not go with the flow:

If you drive around at 3:00 in the morning as opposed to rush hour, do you get to where you need to be faster or slower? Let's ignore for a moment that this place you need to be might not be open, you get there faster, more safely, more easily. There's less people in your way, less cars competing for the same space, no battle to be fought just to squeeze into another lane.

Of course, when I say "less traffic," I don't just mean in the motor vehicle-sense. It's just an illustration. I mean "traffic" in all areas of life.

If you go to the 24-hour grocery store at 5 in the morning, guess what? The lines are shorter. If you wear what you want and pay no heed to fashion trends; your clothes are probably cheaper. Study for a career that few people would want to have; suddenly, the road is empty and you might be the only one who can fill a position nearby.

Less traffic means you save time. Less traffic means you have more options and less stress. The road less traveled is a clean and pleasant one because no one is trying to squeeze past you and no one is there to throw their litter on the ground. If you want me to affix this with a cliche: It's not worth it to be part of the rat race. That is what "less traffic" means.

If your road really is less traveled, then there are few if any people to teach you how to travel it. This may seem like a bad thing on the surface, but it's not. Let go of the fear. Nothing is more satisfying in life than figuring things out on ones own, and the more well-traveled paths are filled with people telling you what to do by the sidelines. Well-traveled paths are noisy with people rushing and yelling at each other on how to do it right. Untraveled roads, you will find, are dead silent. They stimulate your courage. You have no one to debate with, no one to rehash unfounded opinions with--it's just you and nature. On the less-traveled path, there is nothing to say, and only things to do; plenty of things to do. It's a silent world of possibility.

Similar to above, but further: if you must teach yourself, no one can tell you what to do.

People can only tell you what to do (normally) within the scope of what they know, within the scope of discovered things, common sense, common knowledge, or their own expertise. If the place you are going or the path you are building lies outside of that scope, they have no say in your life and have a harder time pretending that they do. People often talk without knowing what they're saying or about things they really don't know much about, but if they truly know zilch about something and KNOW that they know zilch about it, they will properly have nothing to say and you will be free from their (maybe well-meaning) harassment.

The most they can do when they don't know what they're talking about is to try to discourage you from pursuing unfamiliar or unusual things simply because they are unusual, but then their complaints will ring hollow because the fact that they are only based on fear of the unknown will be totally clear.

Either way, don't listen to them. You are free.

4 - You will only carry the whole of your own burdens

...And you will never fall into the trap of expecting others to carry yours.

If you walk alone, unusually, you will not have as much contact with other people, with mainstream people. You will become an expert at dealing with yourself and by yourself first, before dealing with others. You will understand yourself, your likes and dislikes, your life purpose, your desires and passions, before most other people, who are forced to focus on others and learn to read other people first and foremost. You have the luxury to know yourself first, then use that knowledge to know others. That way, you will never lose sight of yourself and what you want among the endless bodies attempting to influence you.

You will never have to rely on others for emotional satisfaction because you will have learned to be a whole person alone. This is invaluable. 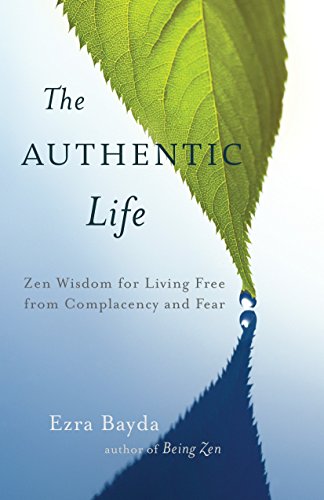 5 - You can make your own rules

Being an adult should be, though I know it is not widely considered to be, about making your own rules, not learning to follow other's rules. School teaches you to do the latter, to sit down and shut up and then do what someone in a higher position tells you. It tells you that you are mature and a valuable citizen when you learn to do this. It domesticates you.

In truth, you are truly independent and grown-up when you no longer need these one-size-fits-all guidelines for life that were shoved down your throat, and can learn to make your own rules and decisions about your life. Every person is different, and it's your job to know yourself and learn how to manage your own life independently.

Most people never fully make it to that point, and still live their life on reflex following other people's rules that may or may not apply to them or benefit them. Don't be like them.

Forget what others tell you. Do what is best by you and ignore them when they are baseless or just trying to exert their power over you. Remember yourself. Remember that you have your own brain. Don't let others decide for you what is right and wrong--that is what your mind is for.