Origins of the Shadow Creature

Many of us see those fleeting shadows just out of the corner of our eye, only to focus and find them gone. We continue to go about our day chalking it up to what it usually is, a trick of the light.

However, some shadows can't be explained away so easily. Some of them take on a full form and are quite visible for a length of time.

Still, it might be easy to write it off as imagination or the light catching something in just the right way if it were not for the similarities in the shadows that are seen.

Have you ever seen a Shadow Creature?

There are some examples in literature that pre-date the 20th century, such as "Le Horla" written by the French author Guy de Maupassant in 1887, but little else. Some believe that they might be demonic or even Satanic in nature because of their menacing quality, while other people report being physically attacked in their sleep.

It is important to note that the existence of shadow creatures has never been proven, and while science has offered many valid explanations, does it answer every case?

The term "shadow people" was first used back in 1953 as the title of a radio program at WGN AM in Chicago, Illinois that focused on horror and fantasy tales. It was brought back to life on another radio show called Coast To Coast AM by the former host Art Bell in the 1990s.

One of Bell's guests, Heidi Hollis, claims to have studied these creatures extensively and even offers the theory that some of the shadows are extraterrestrial in nature.

The popular consensus seems to be that these entities are negative.

Participate in the Paranormal Beliefs Survey.

Share your opinions and beliefs about the paranormal world and see what others have already shared.

The Hat Man an Entity from the Paranormal?

One of the most widely known and talked about of these potential "shadow people" is the one known as the "Hat Man." Many of the reported sightings have a very similar tone when speaking about it, although there are differences mentioned. The two common notes that seem to appear in accounts of the Hat Man are (a) the creature is wearing a large brimmed hat and (b) the entity feels negative. Some report seeing red glowing eyes while others say that the entity has no face at all. This particular shadow is noted for its solidity by those who claim to have seen it.

There is an air of negativity when reading accounts of the Hat Man, although it is rare to hear of anyone being harmed by it. Some who believe in "watchers", or entities that observe humanity from ground zero, think that this particular shadow could be one of them. Others believe that this creature is a manifestation of Satan or a demon. Regardless of how it is perceived, what is most notable about the Hat Man is how many people report seeing this creature all over the country.

Do you believe that Shadow Creatures are Evil?

It's quite possible that the sightings have increased due to the seed being planted about it. The human mind is highly suggestible, and it could be that a shadow from a tree or a curved streetlamp would matrix and appear to someone as the Hat Man. One theory about shadow people in general is that they are tulpas, or collections of thought energy. In other words, if a lot of negative events have taken place in a certain area, that energy could possibly manifest itself as a shadow type apparition. The Hat Man seems to appear in places that have had many negative things happen or when someone is in a state of distress. A figment of the mind perhaps... but it is odd that the reports are so similar in nature as far as the appearance.

The beliefs in what the Hat Man and other shadows might be are different, but the tone is the same. Fear is the predominant emotion described when someone speaks of seeing these things. This may be in part due to seeing something that is not expected, as well as a shadow form being mysterious and unknown. We can't just look at something and see a blob or a shape, so more often than not, these shadows have some kind of form, whether it is the Hat Man, the equally common Hooded Shadow, or animal shadows. Then the question comes... why is it here? More importantly, what does it want? 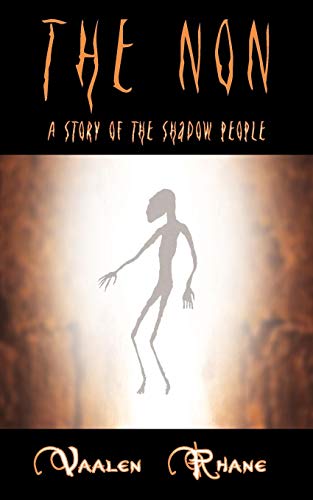 The Non: A Story of the Shadow People

Why are They Here? Shadow Creatures become a popular topic of discussion on the paranormal radio program "The Edge." Albert Price is curious but, comfortable with the strange subject matter. Being host of the show for some 15 years, he listens with intrigue, as the subject evolves. Until, his own encounter with a shadow creature turns his life upside down!

Other Paranormal Creatures of Legend

Outside of the popular shadow creature legends, there are others that do have more of an actual history. In the Islamic faith the Djinn are negative entities that are similar to the Christian belief of demons. In Islam however, the Djinn are treated with respect to their power.

Djinns are not feared, but rather recognized as an integral part of the bigger picture. The belief is that if the Djinn are appeased, they will leave a person and their family alone.

Traditions of the Cherokee nation included a belief in an evil spirit called the Raven Mocker. This creature is described as a large menacing bird and is thought to steal the souls of the ill or dying when a shaman isn't present.

Most frightening of all is when someone feels they are being attacked by one of these shadows. This happens most often when a person is asleep and just waking up, or right on the verge of sleep. Reports of feeling strangled or smothered are heard most often with more rare accounts of people being moved off of their beds. It all leaves a person feeling extremely disjointed and convinced they have had a paranormal experience.

But have they? Hypnogogic hallucinations can happen in a state of waking sleep. The person in question is actually asleep and still dreaming when these things are seen, however in their waking state it feels and appears real. Sleep paralysis has also been studied in regard to this phenomenon, as it can also cause a person to feel as though they are being smothered or strangled when the brain awakens from REM sleep before the body does.

The person cannot move or speak, and while it only lasts a few minutes it is extremely frightening. Some people also report seeing shadows when this happens and the shadows are extremely malevolent in nature. One in particular is often called "The Old Hag" as many of the accounts describe a hooded, haggish appearing creature. Explainable sleep disorder or not, it feels like a very real attack to the person experiencing it.

Real or imagined, shadows continue to fascinate many and more theories are born about their actual origin. It is all speculation, as there is no real proof these creatures exist outside of pareidolia (matrixing so a nondescript object appears to have a form), or the products of suggestions and brain misfires.

Can those possibly answer every claim or report? To many of those that have seen the Hat Man or other various shadow forms, no more proof is needed. For others, the question remains... just what is it that is being seen?