Nature evokes the same in most of us as it did for the late Louis Armstrong. He scratchily, yet smoothly crooned these words. “ I see trees of green, red roses too, I see them bloom for me and for you, and I think to myself, what a wonderful world…” What a wonderful world indeed. The intricacy of a crimson rose or the strength of a grand tree are an incredibly small fraction of the world’s beauty. Birds and beasts, insects in grass, grand oceans, rivers, deserts, majestic mountains and the sky with all its wonders, are only a beginning to nature’s incomprehensible vastness.

Also infinitely numerous are lessons to be learned from nature. The Bible references nature in both the Old and New Testaments. Jesus Himself used examples from the outdoors to illustrate spiritual applications. The people to whom Jesus was speaking were simple, uncomplicated individuals. Many of his disciples were fishermen and made their way in the world from the prow of a boat. For them it was imperative to understand the course of the wind and waves. The color of the sky at morning and night was a sign as to whether conditions were conducive for launch. Understanding nature was crucial to survival. But was this the only reason Jesus used nature as a teaching tool? Emphatically not.

It is true the world is a bit more complicated as demonstrated by the tools we use. However, as human beings we are much the same as our ancient forbearers, we struggle with similar dilemmas. We love, and hate, fight and quarrel, worry and cheat. A prime example in 2009 of an ancient day quandary is ‘need.’ People back then had to provide food to eat and clothes for their families. It is no different today, and the present financial climate drives this home.

The words Jesus spoke in Matthew 6:25-34 are as relevant to us as they were to men and women of old. …“Don’t worry about everyday life---whether you have enough food, drink and clothes. Doesn’t life consist of more than food and clothing? Look at the birds. They do not need to plant or harvest or put food in barns because your heavenly Father feeds them. And you are far more valuable to Him than they are…, And why worry about your clothes? Look at the lilies and how they grow. They don’t work and make their clothing, yet Solomon in all his glory was not dressed as beautifully as they are. And if God cares so wonderfully for flowers that are here today and gone tomorrow, won’t He more surely care for you?”This passage is a remarkable example of God’s loving care and provision to those who love and trust Him.

Imagine Jesus outdoors before a throng of people. Nature is all around the teacher. Flowers grow on the side of the mountain while birds fly over or peck at leftovers left by gathered followers. Jesus used the brilliance of flowers and fat sparrows as an object lesson to reveal vital truth about the caring Father. God sees to their well being. Flowers push through the soil toward the sun and rain, which He supplies. Birds, by His call, fly south where bugs and seed abound in winter. This appears as a natural occurrence to us. No big deal. It is a big deal. An immense God cares much for what is seemingly insignificant. Truth be told, compared to God humans are every bit as insignificant as sparrows and flowers. We are nothing, less than nothing. Despite this, God places far greater value on us than “birds of the air or flowers of the field.” Therefore if God looks after fowl and flowers, how much more does He give attention to the needs which concern us?

Jesus makes this personal application; “Stop worrying.” Reliance on God is the lesson learned from flowers and birds. It is dependence on an infinite God who has the ability to change finite circumstances, that will determine outcome. More trust and less worry is an applicable concept for fisherman and shepherd boys in Jesus’ day. It is just as applicable to those struggling as a result of today’s economy. During this season of economic woes, look to the birds, consider the lilies.

While it is true that God attributes value to man, there is no mistaking man’s failings. Man’s obvious limitations as compared to the greatness of God are illustrated in the Old Testament book of Job. God speaks to Job in a whirlwind and uses nature to point out how infinitesimal man really is. God asks Job a series of unanswerable questions. The questions draw attention to God’s magnificence and uses the wonder of nature to do so. Nature reveals the existence of an awe inspiring God according to the questions iterated in chapters 38-41 of Job. It is impossible to discuss each question, but this article would be lacking with out a few examples.

The first query to Job, which is relevant still to God’s critics is, “ Who are you to question my wisdom with such ignorance?” God thundered on, “Who defined the boundaries of the sea as it burst from the womb?…Have you explored the springs from which the sea comes?…Do you know where the depths of death are located? Can you hold back the movements of the stars? Are you able to restrain the Pleiades or Orion? Can you shout to the clouds and make it rain?…Who provides food for the ravens when their young cry out to God as they wander about in hunger?…Where does the light come from, and where does the darkness go, Can you take it to it’s home?… Have you visited the treasury of the snow, have you seen where the hail is made and stored?…Where is the home of the east wind?” The questions continue for three long chapters. Most of the questions put to Job, and to us have to do with the obvious signs of nature. The chapters indicate that nature points to God as the intelligent designer. In addition nature proves the awesome power of the creator. Nature directs humans to understand we are not God’s equal and insists those who believe such things are ignorant.

Job contemplates all the questions put before him. He thinks on nature’s story, and comes to the correct conclusion. He answers God in chapter 41, verse five, “ I had heard about you before, but now I have seen you with my own eyes…” The book of Job never indicates that Job literally saw God. In fact, scripture points out that ‘no man has seen God at any time.” Job had seen God through the wonder of His creation. The lesson learned through nature from the book of Job? God is the intelligent designer, and nothing compares to Him.

Nature is continually established in scripture as that which draws the reader’s attention to the existence and character of God. According to scripture the sun, moon, and stars ‘display the work of His hands.’ From Psalm 19; “The heavens tell of the glory of God. The skies display His marvelous craftsmanship. Day after day they continue to speak; night after night they make Him known. They speak without a sound or a word…their message has gone out to all the earth and their words to all the world.” The lesson from nature in this passage: Man is without excuse. God is revealed by His glorious creation. All it takes to believe there is a God is to look up.

Yes, it is a wonderful world. But perhaps the greatest lesson gleaned from nature’s bounty is the fact that it points us to another world. The Bible informs us that ‘creation longs for the curse to be broken’. Romans 8:18-25 “For all creation is waiting eagerly for that future day when God will reveal who his children really are. Against its will, all creation was subjected to God’s curse. But with eager hope, the creation looks forward to the day when it will join God’s children in glorious freedom from death and decay. For we know that all creation has been groaning as in the pains of childbirth right up to the present time. And we believers also groan, even though we have the Holy Spirit within us as a foretaste of future glory, for we long for our bodies to be released from sin and suffering.” The curse laid upon nature because of sin will be taken away. The curse which allows for thorns on roses, unyielding ground, and fruit which spoils, will disappear. One day flowers will be more brilliant and birds’ songs will be sweeter still. One day the third verse of the old Christmas favorite will be fulfilled. “No more let sin, and sorrow grow, or thorns infest the ground. He comes to make His blessings flow, far as the curse is found.”

He will return again and all of nature will be restored. “Let heaven and nature sing.” 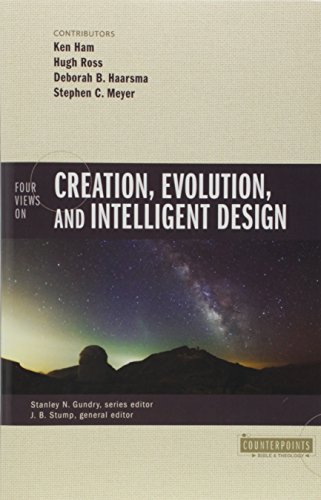