The Philippine version of the vampire and the werewolf

In the age of the information superhighway, it amazed me that here at the end of 2008 in the business process outsourcing company where I work, a story of the "tiktik" (a variation of the uniquely Filipino supernatural being called "aswang") was told and retold in detail a number of times.

First let me tell you about this half human monster that takes the form of a large bird at night. The tiktik is drawn to the scent of fetuses in a women's womb so it prowls at night looking for houses with pregnant women. The manner by which the tiktik devours its prey is by sucking the blood out of it through the mother's tummy. The tiktik lands on the roof of the intended victim's house, changes to human form and slips their tongue (which has now taken the shape of a thread) all the way down to the mother's womb to suck out the blood of the unborn fetus.

The work colleague who told this story is a pregnant woman in her first trimester. She said that a tiktik came to her house one night last week. She was sleeping lightly and was jolted by an ikikikik sound accompanied by flapping wings directly above the roof of her bedroom. She woke her her sister up and they turned on all the lights in the house, which was when they heard the sound of the bird flying away. She went as far as saying that the tiktik could actually be a set of new neighbors that moved to their vicinity. I totally did not know how to react. I know quite a number of stories about this old folklore. In my younger days me and my cousins loved trading these stories at night and scaring each other silly in the process.

But to actually hear it from a grown up pregnant young woman left me dumbfounded. Could it be the hormones, I asked myself. Because try as I might, I just couldn't reconcile the image of a tiktik atop a roof in the noisy metropolis. I'm not one for tempting fate though, if she believed she's experienced it then let's leave it at that. I am not about to discount her experience with my disbelief.

So I went ahead and asked how she could fight something like this and she had a ready answer. Apparently, these creatures cannot stand the smell of garlic. Now every night she sleeps in a garlic-laden bed and claims that its actually working. I got to suggesting that she move to a high rise condo and see if the tiktik could follow her there.

Filipino culture and history always had a spot for aswangs but descriptions vary in different regions of the country, the tiktik is one of the more popular varieties, along with the "manananggal" a creature that becomes birdlike after spouting wings while severing the upper part of its body from the lower part. Aswangs are said to live among the townsfolk by day and are quite elusive. At night they become creatures that crave for unborn fetuses and children going after their heart, liver and entrails. They are depicted in fiction as beautiful people who turn into really ugly monsters when they transform. The weapons used by human beings to fight them include, garliic, buntot pagi and the bundled palm leaves (palaspas) waved by Catholics after the Palm Sunday mass to commemorate Jesus' triumphant entry to Jerusalem before his crucifixion.

In Metro Manila and nearby provinces, aswangs remain to be mytical beings but if you travel further down south or up north the myth becomes a rumor and even further down or up the rumors are believed to be true. This is one area though where science and religion see eye to eye. Both sectors scoff at the suggestion that aswangs really exist. These stories are attributed to the ignorance caused by poverty or the mere simplemindedness of people in the provinces. Again, not one for tempting fate I accept my grandmother's advise that one loses nothing when they guard themselves against the most ridiculous of superstitious beliefs and I am all for that. 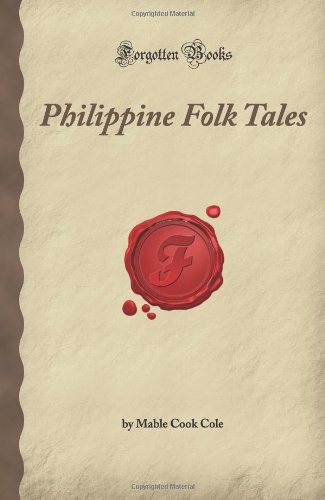