Little was expected of Dallas in 2014.

After the departure of long time Cowboy favorites DeMarcus Ware and Jason Hatcher to free agency, coupled with a season ending knee injury to Sean Lee during OTAs in late May, the Dallas Cowboys, were one of the most heavily scrutinized and second guessed franchises through the entire preseason, and early into the 2014 regular season. Even Cowboys owner Jerry Jones was uncharacteristically down playing expectations for the upcoming season during spring training, emphasizing to the media and fans, that it might take a little more time for the Cowboys young players to mature into a championship caliber team. However the Cowboys would quickly bounce back in a big way, and after a surprising week four dominating win over the Saints at home, the Cowboys quickly followed it up with an even more shocking victory two weeks later over the Super Bowl champion Seahawks in Seattle. A dominating victory, both offensively and defensively, that left a majority of the same critics, who had written off the Cowboys so early in the season, to suddenly change their opinion and declare the Cowboys as mid-season favorites to win the Super Bowl. The Cowboys improved on their 8-8 record from 2013 after finishing 12-4. For the season, the team was 8-0 on the road in the regular season. Dallas defeated Detroit in the wildcard round but suffered a heart breaking loss at Green Bay in the Divisional Playoff.

Less of quarterback Tony Romo proved to be more. He had his best and most efficient season of his career leading the NFL in passer rating, completion percentage, and yards per attempt. Running back DeMarco Murray shocked the world leading the league with 392 carries for a team record 1,845 yards and 13 touchdowns. Tight end Jason Witten's stats dropped due to the focus on the running game, but still was Tony Romo's security blanket. Dez Bryant continues to grow as a receiver and finished leading the NFL with 16 receiving touchdowns. The offensive line established themselves as the best in football with left tackle Tyron Smith, center Travis Fredrick, and rookie right guard Zack Martin all making the Pro Bowl.

The defense bent but they didn't break. They played on heart and effort more than talent. The defensive line dealt with injuries and poor play for much of the season but finished the year strong. After Sean Lee's injury, middle linebacker Rolando McClain stepped up and proved to be a huge find after being signed out of retirement. Outside linebacker Bruce Carter led the team with five interceptions and Justin Durant was the team's best overall linebacker before landing on IR. Cornerback Orlando Scandrick proved to be the team's best defensive back and safety Barry Church led the team in tackles.

Kicker Dan Bailey became the most accurate kicker in NFL history but missed two key field goals in the playoffs. Dwayne Harris was the best gunner on special teams but wasn't the difference maker he had been in the return game.

The top tier of the rookie class offers a lot of promise. Right guard Zack Martin was a day one starter and was the first rookie offensive lineman to be named All-Pro in almost 70 years. Defensive end DeMarcus Lawrence missed the first eight games of the season with a broken foot but had two key sacks in the playoffs. Linebacker Anthony Hitchens proved to be a big draft steal as he played every linebacker position throughout the year.

After finishing the year 12-4, head coach Jason Garrett and owner/general manager Jerry Jones knew they had some though personnel decisions to make. The team wanted to bring back offensive coordinator Scott Linehan and defensive coordinator Rod Marinelli as they helped both sides of the ball.

On April 22, newly acquired defensive end Greg Hardy was suspended the first 10 games of the season without pay in relation to his domestic abuse charges. The suspension was later reduced to four games.

On July 2, middle linebacker Rolando McClain was suspended for the first four games of the season for violating the league's substance abuse policy.

Dallas held the 27th overall pick going into the draft and had many positions on defense that needed upgraded. Most notably at defensive end, defensive tackle, and cornerback.

The team's top four defensive ends combined for a total of 9.5 sacks. They need to find a difference making edge rusher.

Tyrone Crawford was a huge find at defensive tackle but still only managed three sacks. Dallas needs more from their three technique tackle.

Brandon Carr has a $12.7 million cap figure and Morris Claiborne will likely start the year o the PUP list after tearing the patella tendon in his knee. The Cowboys need more skill and depth at the cornerback spot.

Dallas ended up selecting Connecticut defensive back Byron Jones with the 27th overall pick. Jones gained national attention when he set a new Combine and World record for broad jump by leaping 12 feet, three inches. The big concern with him is he missed half of his senior year because of a shoulder injury.

Dallas also was able to sign LSU offensive tackle La'el Collins as an undrafted free agent. Collins has all of the intangibles to be a dominant offensive lineman but went undrafted after he was scheduled to talk to police after the draft about the shooting death of a pregnant woman Collins previously had a relationship with. Collins was not considered a suspect in the shooting.

In all, the Cowboys were able to acquire three, first round talents.

Last season, nothing was expected of this team. This year is a completely different story.

Tony Romo should have an even better season as he will have a healthy offseason for the first time in three years. Many people think losing Murray to free agency hurts this team. I don't buy it. Joseph Randle was able to average over eight yards per carry behind that offensive line so Randle and a healthy Darren McFadden should still be the force of the offense. The receiving corps will continue to grow and improve. Adding La'el Collins to the offensive line makes it even more harder to prepare against no matter what position he plays.

The defense should be leaps and bounds more productive. Adding Randy Gregory and Greg Hardy to the defensive line gives the team two monster pass rushers. Sean Lee will be back healthy and he'll be a force in coverage and in run support. Whether Byron Jones plays cornerback or safety, the secondary now has significant depth at each level.

Dallas should still be the favorite to win the NFC East and possibly contend for the Super Bowl. New York, Washington, and Philadelphia will challenge them but Dallas is just a more complete team.

How will the Cowboys fair this season? 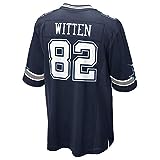