Despite breaking out of consecutive 8-8 seasons and making the postseason, Pittsburgh still has a lot of work to do.

The offense became the first in NFL history to have a 4,500 yard passer, 1,500 yard receiver, and 1,300 yard rusher in the same season. Quarterback Ben Roethlisberger had the best statistical season of any quarterback in Steeler's history but struggled in the playoffs against Baltimore. Running back Le'Veon Bell may have had the best season by any Steelers running back in history with 1,361 rushing yards and 83 receptions, the most in team history by a running back. His durability ran out in the final game of the year when he hyperextended his knee that kept him out of the playoffs. Wide receiver Antonio Brown had the best year by a receiver in team history, setting records with 129 receptions and 1,698 yards with 13 touchdowns. The offensive line played its best in years as it produced the NFL's co-passing yards leader and the AFC's leading rusher.

The defense performed well below Pittsburgh standards. Defensive end Cameron Heyward was the team's most consistent defensive lineman after losing Brett Keisel to a biceps injury. The team was forced to sign recently retired linebacker James Harrison due to poor play. The secondary was an absolute disaster. Ike Taylor had a bad season for the second straight year and Troy Polumalu looked like a shell of his former self and could no longer cover adequately.

The rookie class offers both promise and concern for the future. Linebacker Ryan Shazier was productive before injuries cost him his starting job. Wide receiver/ running back Dri Archer was a big disappointment as a return man and position player. Wide receiver Martavis Bryant was a big contributor after missing the first six games and could start opposite Brown in 2015.

After finishing the year 11-5 and losing in the first round of the playoffs, head coach Mike Tomlin knows the team has to get better. Getting the defense back to the Pittsburgh standard has to be a big priority.

The NFL suspended running back Le'Veon Bell for the first four games of the season for violating the league's substance abuse policy. As of April 9, it was reported that the suspension was reduced to three games.

Going into the draft, Pittsburgh held the 22nd overall pick with many positions to fill. Primarily at tight end, outside linebacker, and cornerback

Heath Miller is nearing the end of his career and they don't have another tight end on the roster that can catch and block. Pittsburgh needs to add a well rounded tight end to eventually replace Miller.

Jason Worilds surprisingly retired, James Harrison is 37, and Jarvis Jones hasn't accomplished anything in his two years. The outside linebacker spot needs addressed.

Ike Taylor retired and the rest of the cornerbacks aren't starter material. Brice McCain and William Gay played well late, but they are far from complete players.

Pittsburgh ended up selecting Kentucky outside linebacker Alvin "Bud" Dupree with the 22nd overall pick. Dupree was the best tackling defensive end in the draft but he lacks the functional strength and sometimes takes wide angles.

The Steelers also notably drafted Auburn wide receiver Sammie Coates in the third round, Ohio State cornerback Doran Grant in the fourth, Penn State tight end Jesse James in the fifth, Miami defensive end Anthony Chickillo in the sixth, and Louisville safety Gerod Holliman in the seventh. Coates has all of the intangibles to be a great wide receiver but he doesn't explode out of his break and ran limited routes in Auburn's system. Grant came on strong late in 2014 but needs to play more smoothly in transition. James had the best release of any tight end in the draft but isn't going to be a threat after the catch. Chickillo is a workout warrior but lacks the ideal arm length for the position. Holliman was the best man coverage safety and had the beast ball skills of any safety in the draft but is very inconsistent with his tackling.

Pittsburgh also picked up Michigan quarterback Devin Gardner, Auburn center Reese Dismukes, and Kansas State center B.J. Finney as undrafted free agents. Gardner was a productive quarterback at Michigan but he doesn't have all the skills at quarterback and doesn't have a lot experience at wide receiver. Dismukes was the quickest and best downfield blocking center in the draft but doesn't possess all of the measurables. Finney has a quick snap and set up but lacks the flexibility needed for the position.

This team was a defense and Le'Veon Bell away from going far in the playoffs last season.

The offense should stay on track. If Le'Veon Bell can stay healthy the entire season, Pittsburgh will be fine. The team wont have him for the first four games of the year, sonic will be up to DeAngelo Williams to set the tone for the beginning of the year. The offensive line should remain consistent and the receiving corps should grow stronger.

The defensive should be more explosive with the youth they brought in. The linebackers are stacked and should have a nice rotation there. The big question going to be in the secondary and if Doran Grant can replace Ike Taylor and Gerod Holliman can take over for Troy Polumalu.

How will the Steelers fair this season? 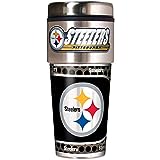