A Tribute To Disneyland's It's A Small World Ride

If you have ever been to any Disney park I am almost sure that you have been on the It's A Small World ride! Well this year (2014) celebrates the 50th anniversary of this beloved attraction. I myself have many fond memories with friends and family enjoying the child-like whimsy of this ride during every season! I have only been on the one at Disneyland but since it is the original It's A Small World ride I feel very fortunate! I get to experience the ride as Walt himself built it. From the catchy song to the iconic dolls, people from all over the world have come to experience the happiest cruise that ever sailed! Here is a look at some of the history of It's A Small World as I wish it a happy 50th!

Some history of Its A Small World

It's A Small World opened on May 28, 1966 in Disneyland. It was originally created for the worlds fair in New York 1964. It was initially created as a tribute to UNICEF. After the fair closed everything was sent back to Disneyland where Walt only had 11 months to create and build the ride. He collaborated with many people to bring his ride to life. Some of these people included Mair Blair and Blain Gibson. Mary Blair was responsible for the look and feel of the ride. She had previously worked on several movies including Alice In Wonderland, Cinderella, and Peter Pan. Blain Gibson was responsible for creating the dolls inside the ride. Walt was personally involved in helping to create the dolls and the animatronics. Each dolls face shape is completely the same, only the features and the style of clothing and hair are different.

The outside of It's A Small World is just as iconic and famous as the inside! The facade created for It's A Small World, including the smiling clock tower, was designed by Disney Imagineer Rolly Crump who used Mary Blair's work as inspiration. The facade includes structures that resemble buildings around the world such as the Eiffel Tower and the leaning Tower of Pisa. The outside also features many animal shaped plants including a bear, a giraffe, and a hippo!

It's A Small World After All

Everybody knows the Its A Small World song that plays inside the ride. Children who have never even been on it learn the song in school but did you know that we could all be singing a different song? "Children of the World" was the original title of the song that was supposed to be in the ride and it featured the national anthems of all the countries represented inside the ride. All the anthems were played at the same time and Walt felt that it sounded like too much noise. He took the song to the Sherman brothers (famous for creating the music to Mary Poppins and Chitty Chitty Bang Bang) and told them he needed one song that can be translated into several languages and played as a round (a piece of music that can be played in a loop without a defined beginning or end, like row row your boat). They wrote "Its A Small World After All" which promoted peace and brotherhood in the era of the cuban missile crisis. It was originally written as a ballad but Walt wanted it to be a cheerful song. The Sherman brothers then sped it up. Walt loved it so much that he renamed the ride "It's A small World" after their song.

It's A Small World is known as the happiest cruise that ever sailed around the world but what countries are actually featured inside? Here is a list of all the countries found inside!

It's A Small World has undergone many refurbishments but the largest one took place in 2008. The ride was closed for several months. During this refurbishment structural problems were fixed, the front facade was reinforced, the boats were replaced, and 37 Disney characters were added to the inside. Some of these characters include:

Its A Small World popularity

Even though this ride is now available in these different parks they are not all the same. In Tokyo Disneyland the finale is sung in Japanese. The one in Paris is the most different. The style and music is more ornate and there is whole room for North America featuring Canada and the United States. The It's A Small World ride in Hong Kong is the closest to the ones in California and Florida. 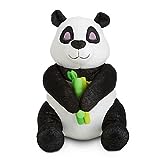 It's A Small World Collection

Are you a fan of the dolls and animals inside of the ride and wish you could take one home with you? We'll now you can! Disney created a whole line of It's A Small World dolls and plush toys! These dolls represent several regions including Hawaii, Japan, and Holland and are super adorable! There are also plush animals such as a poodle, hippo, and panda all in the style of the ride. You can find these for sale in Disney parks or online. As of now they unfortunately do not have a doll for every region/ country but who knows perhaps in the future there will be!

In honor of the 50th anniversary Disney has asked people from all over the world to record themselves singing the theme song "It's A Small World After All" and created a virtual chorus of the song! It is really cool and you can watch it in the video below! They have also had the ride closed for about a month now and plan to reopen it on April 10th!

Have you been on It's A Small World?

20 people have voted in this poll.