A Look at Some Truly Cool Bicycle Helmets 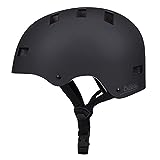 Most people wear bicycle helmets when they ride a bike because they know that it’s the only way to save their noggins from some serious damage if they’re ever in an accident. However, they don’t particularly relish the idea of wearing a bicycle helmet due to the fact that these things are not exactly the most attractive accessory that someone could own. Let’s face it – most bicycle helmets just look really goofy. They aren’t designed to be eye-catching in any positive kind of way. But you know what? There are actually some really cool bicycle helmets out there that do catch your eye with a sort of fashion statement.

Don’t get me wrong – these are still bike helmets and they still serve the primary purpose of safety rather than fashion – but they’re so neat that you might be inclined to get them for their looks as much as for their function. They’re a little bit more stylish than the other ones that are out there or else they have such an unusual design that they’re kind of fun to think about owning even if they are a little bit weird. The options for stylish bike helmets aren’t extensive but they do exist and a few of them are interesting enough to really merit some attention (and maybe some copycat designs from other bike helmet makers in the years to come!)

Take, for example, the Yakkay line of bicycle helmets. These are helmets that are normal helmets which have been safely fitted with a hat on the exterior of the helmet. When you look at someone wearing one of these Yakkay helmets, all that it really looks like they’re wearing is a hat with a bicycle helmet strap to attach it. In reality, these helmets are as safe as normal helmets because the real helmet is hidden underneath. This brand has several different styles so you can choose the hat look that you like best. The designs aren’t necessarily the hottest hat designs that exist out in the world but they’re certainly more stylish than your standard bike hat. To get one of these bicycle helmets, which costs about $120, you have to order it from a bike shop in Denmark or some other online storefront that’s selling them.

Another overseas producer of some cute bike helmets is CycleChic which is based in the UK. What I really like out of their products is the set of bicycle helmets with graphic designs that appear to be designed for girls. The designs are somewhat flowery and feminine but not over-the-top. Many bike helmet designers in the U.S. have tried to do the same thing and it’s just resulted in normal bike helmets that look like they were made for little girls which isn’t quite a look that most adult female bicyclists are going for. These ones are more grown-up and chic and stylish. The unfortunate thing is that they basically still have the ugly shape of all bicycle helmets but at least their designs are cute.

For a different shape than the standard bicycle helmet shape, the best thing that’s out there is probably the Spiuk Kronos Helmet. It’s got a really wacky design that is kind of cool even though it’s a little bit weird. At least it’s different right? The design is reported to be aerodynamic and the helmet is really intended for people who ride bicycles professionally so the price of over $200 is out of the league of most people who are looking for bike helmets. Nevertheless, it’s definitely one worth considering if you’re trying to find a bike helmet that is safe but shaped differently than the standard styles that are out there.

As far as standard helmets go, there are some brands that are better than others with incorporating cool designs into the basic bike helmet. Evans Cycles in the UK has a cool selection of helmets particularly those designed just for women. They’re open-air designs that have some interesting striping and coloring that make them more attractive than the average helmet. Vigor helmets are another brand of helmets that have some really cool designs although these are more for the masculine extreme sports bike rider in terms of their style.

So the truth is that there aren’t a lot of bicycle helmet designs out there that are truly fashionable or that will really wow you with their impressive looks. However, there are definitely some brands that offer a more stylish option than others when it comes to the basic design of the helmet. And there are a few cutting edge designers like Yakkay that are doing cool things with bike helmets that bring them more into the realm of fashion and less about purely sport. So there are a few options out there and it’s likely that the future will find more options being made available.

In the meantime, it’s cliché to say it but it’s really true, the function of a bicycle helmet really does matter more than the style of the helmet. If money is tight and you don’t have the bucks to spend on a cool helmet design, wear whatever safe helmet you can get your hands on. It’s better to be safe than sorry when it comes to bicycling. And you won’t be complaining that you look silly if you’re in a bicycle accident and that silly-looking traditional bike helmet saves your head!