Many know and are familiar with the Largemouth Bass. But few realize they are not a true bass at all, rather they belong to the Sunfish family. This is the primary sub-species that are pursued and caught by anglers across the United States and in fact the world on a daily basis. Within the Largemouth Bass species few are aware there is a difference there, as well. There is a Northern strain, which grow to a fairly good size, often maxing out in the 10 to 12 pound area; and a Florida strain, which grows considerably larger. The world record Largemouth Bass was caught on June 2, 1932 by George Perry in Montgomery Lake, Georgia. This bass weighed in at 22 pounds, 4 ounces. Unlike today's anglers, who release the majority of their catch to live and fight another day, George took his catch home to eat. As it was during the depression time period, he focused on putting food on the table rather than fishing for pleasure.

The Bass Anglers Sportsman Society (B.A.S.S.) was founded in 1967 by Ray Scott. His goal was to promote conservation of a valuable resource while enticing the youth of America to begin fishing as a recreational pastime.To say the least, he was successful on both fronts. In June of 1967, a group of slightly more than 100 anglers paid their $100 entry and fished the first tournament on Beaver Lake, Arkansas. The winner, Stan Sloan, won $2,000 and a trip to Acapulco, Mexico. Beginning on February 22, 2013 and continuing for three days, the world will watch as the 53 anglers who have qualified for this year's Bassmaster Classic compete on Grand Lake of the Cherokee in Northeastern Oklahoma, just a few miles from where I live.The winner of this tournament will take home a purse of a half a million dollars. This has gone far beyond a simple fishing tournament, and become a national spectacle which is watched in countries like Japan, Australia, Germany and even Russia. Bass fishing has truly become a world-wide sport. One of this year's entrant hails from the Dark Continent, from exotic Zimbabwe

Most anglers will target the Largemouth Bass, but there are others within the specie. Smallmouth, and Spotted or Kentucky bass reside in the next level of popularity.

Smallmouth are present in a wide range of the country, from the southern states like Kentucky and Tennessee, to the far flung Northern provinces of Ontario and Quebec. The world record Smallmouth came from Dale Hollow Lake in Kentucky and was caught by David Hayes in July 1955. It weighed in at 11 pounds 15 ounces. This bass is found prominently in the cold,clear waters of lakes and rivers, and is especially enjoyable in smaller creeks around the country. In Arkansas, Crooked Creek has been a world renowned fishery for over 30 years. Smallmouth will locate near rocks, timber, and even simply breaks in the current in rivers. They are not as prone to hang near weeds as the Largemouth, but have been known to in some locations. When caught, they will spend equal time in the air as in the water, pulling fiercely against the rod. Once you land them, they will clamp their jaws shut and glare at you, daring you to fight fair. Their red eyes add to that glare's intensity. Their coloring is a bronze with a beautiful white underbelly, often having dark bars running down their sides.

I have found that when pursuing the Smallie, I tend to have the greatest success using smaller lures such as a crawdad style of lure. I usually use a soft plastic crawdad, although I have had success using the Rebel Crawdad which is a crankbait. Whether you are in creeks and streams or lakes, focus on rocks and boulders where present as this is where their prey will take cover. Occasionally they will surprise you though. I caught some nice Smallies on a muskie sized spinnerbait in Canada, so large the bass couldn't even get it into their mouths.

In small streams, an inline spinner such as the Rooster Tail in the 1/8 to 1/4 ounce size is a good bet. Cast across the current and allow your bait to flow into the eddy or slack water below a section of rapidly moving water. Chances are, one or two will be hanging around there.

The Spotted, often known as Kentucky Bass, is slightly smaller. In April of 2001, Bryan Shishido landed the current world record Spotted Bass on Pine Flat Lake in California. The previous record had been caught on the same lake the previous year, and stood at 9 pounds 9 ounces. Shishido's bass, caught during a tournament, weighed in at 10.48 pounds. A world record, a big fish win in the tournament, and winning stringer in the tournament all on one catch. It doesn't get much better than that. Spotted Bass will locate in deeper waters of lakes during warm weather, often schooling in large groups of like sized fish. In winter, they will do the same, and if you find a school like this, and the lure that will make them feed, you can have a great day. They are pugnacious in nature, chunky in build, and great fun to catch. They do not tend to be as acrobatic as either the Largemouth or Smallmouth, preferring to fight from beneath the water pulling for the safety of deep water.

I have caught far more Spots in streams than in lakes, but in several parts of the country Spots are quite prevalent in lakes. My success has come using a crawdad soft bait in and around deeper pools below a rapid in a stream, bouncing the rigged crawdad along the bottom.

The Spotted Bass is quite similar to the Largemouth Bass, and can be mistaken for one another. The key to their identification includes a dark band of lines running lengthwise along their bellies, often having red eyes, and the easiest identifying mark of a patch of teeth on their tongue. They also love clear, clean water, and will tolerate few impurities. The same lures can be used for them as Smallmouths, with the added small plastic worm. They love the moving water of creeks and rivers, but tend to grow larger in the southern lakes of the country.

The Largemouth Bass is the largest of the species, and does indeed have a large mouth. Lures used for them vary from hard baits and swim baits colored to resemble the small Rainbow Trout in the Western lakes, to 12 or even 18 inch plastic worms in the Southern waters. There is not too much this mouth cannot handle. Unlike the Spotted and Smallmouth, this sub-specie can take some pollutants, and thrive in warmer waters than the others. I have caught bass in water temperatures nearing 90 degrees in summer, and as cold as the high 30's in winter. Matter of fact, I hit a local pond last week not too long after the ice had cleared and caught a couple of Largemouth in water that had to be no warmer than 37 degrees. Their range of tolerance makes them a perfect specie to try for every month of the year, and in more locations than you might think. I have also caught them while fishing for Rainbow Trout in the White River below Bull Shoals Dam in Arkansas. The White River is a world class Rainbow and Brown Trout fishery, having Brown Trout in the 30 pound range. The Largemouth here are shaped like a football: short and fat. They are as at home in standing timber, lily pads, weeds and rocks as they are in boat docks, submerged tires, and man made reefs. They are extremely adaptive, often living in waters you would not expect such as golf course ponds and rice paddies in the southern portion of the United States.

Because of their widely varying habitat, their preponderance of eating anything that is put in front of them at times, and their leaping ability, they are the perfect fish to try for when taking a young child fishing for the first time. Young or old, they are great sport, and can be delicious eating if caught from good water and prepared properly. It is best to take fish from colder waters early in the year and filleted boneless. Deep fried, while not the most healthy way to eat fish, is most definitely the most delicious. Personally, I will wash the fillets in cold water, dip them into a mixture of milk and egg, roll them in a bowl of Jiffy Corn Muffin Mix (corn meal will work, but the muffin mixture includes a touch of sugar, giving the golden fried fillet a sweet taste), and drop them in a pan of canola oil to cook for a few minutes. When they float, they're done.

Other sub-species all have their fans, but are smaller and less known as they are more limited in their distribution across the country. Suwannee, Redeye, Shoal and Guadelupe are also members of the Bass specie of Sunfish. Methods to catch these are similar to normal bass fishing; it is the locale that makes the difference.

Bass will eat almost anything they can. They are opportunists, and will make a meal out of frogs, other bass, bluegill and perch, snakes, and even baby ducklings. The key to their forage base is their large mouth.

So, get out and search for a bass in a lake, stream or creek near you. Chances are that wherever you live you are within a short drive of an enjoyable afternoon. Have fun and good luck! 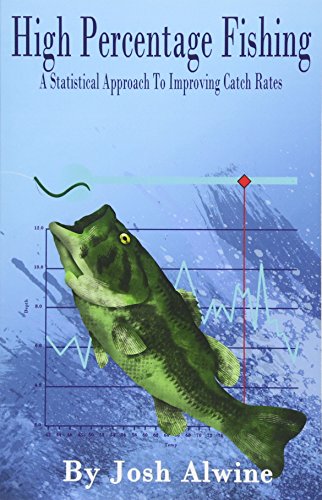