In corporate America, the pension - for the most part - has gone the way of the dodo. There was a time when you'd work for a company for most of your life, and when you retired you'd get a fixed sum from your former employer every month. Now for the most part, it's all on the individual to provide their own pensions via a tripod consisting of your company retirement plan, personal savings and Social Security.

Professional sports, however, is another story. The major sports still have pensions, and players can qualify for them with far less playing time than the average Joe has to put in at a corporation. (That being the case, you have to wonder how any of them end of financially busted, like these Pro Athletes Who Went Broke.) After reading these, no one will blame you for turning green with envy.

In general, a player has to have at least 3 "credited seasons" in order to be eligible for an NFL pension. What counts as a credited season? Playing in at least 3 games during a season. (Technically, I think you merely have to be on the active roster, injured reserve or "physically unable to perform" list.) You also get credit if you are released but paid the equivalent of 3 game checks.

That said, the NFL's retirement package actually consists of 5 parts:

With the average NFL career being about 4 years long, there's a good chance that many players probably qualify for all plans in the retirement package. Hopefully everyone contributes to the 401(k) plan, since it is 200% matching. (Plus, the average NFL salary is $1.9 million, so they've probably got it to spare.) 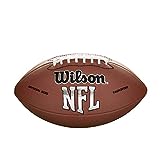 Average length of a player's career in the National Hockey League: 5-and-a-half years.

The National Hockey League Pension Plan is pretty straightforward: Players must play in 160 games in order to be eligible. At that point, they are eligible for an annual pension of $45,000, which they can begin drawing at age 45.

The other component of the NBA retirement plan is the pension. At present, a player has to play for 3 seasons in order to be eligible. That amount of playing time will garner a pension of roughly $57,000 per year at age 62. (Players can start receiving reduced benefits at age 45.) The pension plan tops out at $195,000 for players with 11 or more seasons. In other words, someone who bummed around the league for 11 years will get the same pension as Michael Jordan, Shaquille O'Neal and any of the other marquee players of the game. 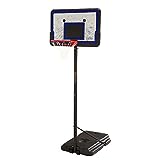 Major League Baseball must have one of the sweetest retirement deals around. Get this: you only have to play 43 days in the Bigs in order to qualify for a $34,000 annual pension! 43 days!!! And did I mention the healthcare? You only need one day in the majors to get lifetime healthcare coverage! (Obviously the fix for the healthcare crisis is to let everybody play in the majors for a day...)

The pension plan maxes out at $185,000 for those with 10 or more years in the league. Although the average baseball career only lasts about 5-and-a-half years, I don't think they'll be doing too badly. (Plus, the average salary is $3.3 million.)

(FYI: That giant sucking sound you hear is parents rushing out to sign their kids up to start playing baseball.)

Are you surprised by how lucrative some major sport retirement packages are?

Needless to say, professional athletes have an excellent shot at living a very comfortable life - even if they don't have a sports career that lasts very long by typical standards. Hopefully, most of them will recognize how fortunate they are and look for ways to take advantage of their position, such as those suggested in How Pro Athletes Should Invest Their Money.

(And on a side note, pure sports fans might want to check out my hub on The Greatest Basketball Player Ever: Wilt Chamberlain.)